Athletes Ranked Among World's Best for 2014 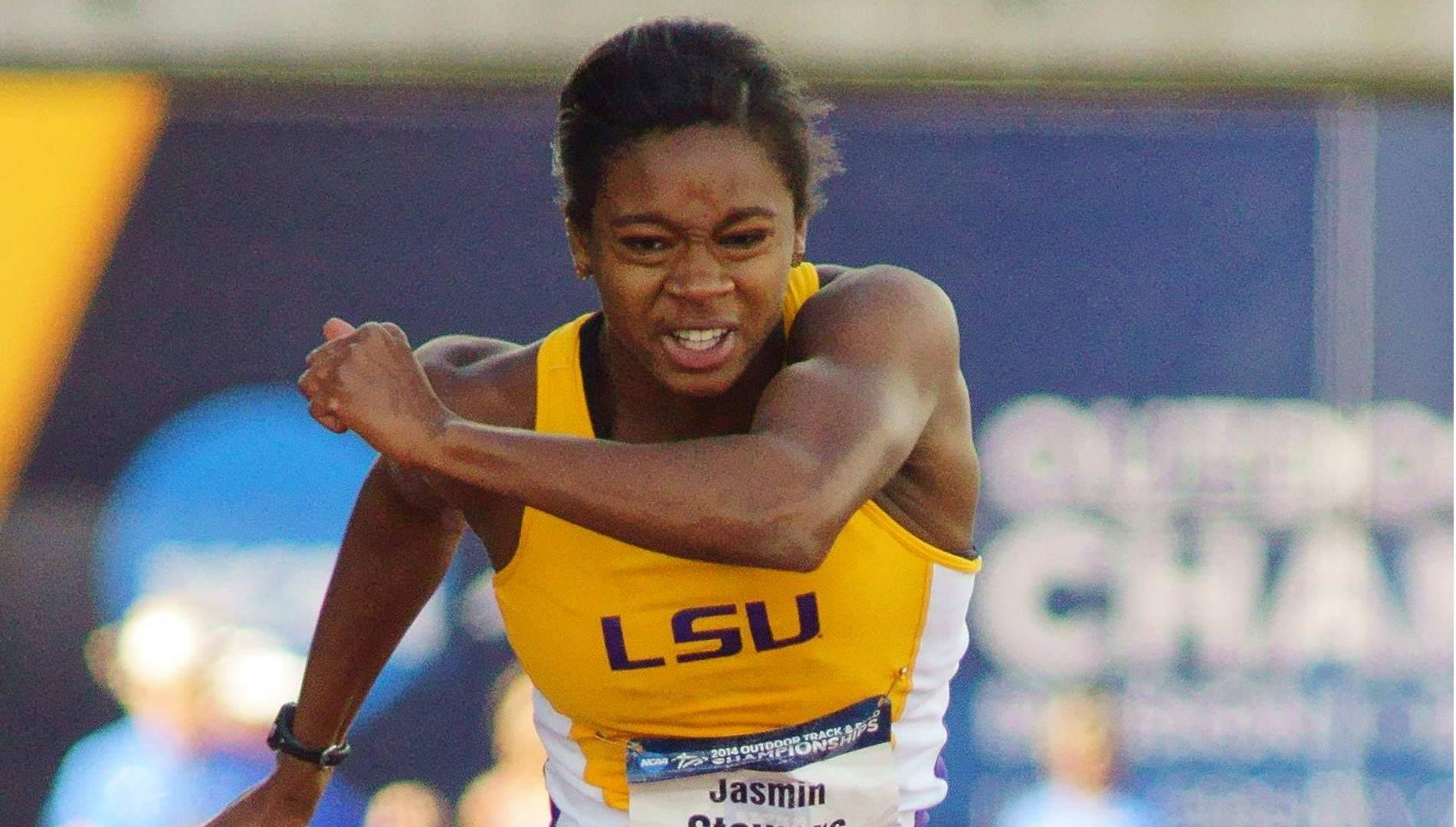 BATON ROUGE – Fans of track and field will notice an LSU flavor in the February issue of Track & Field News with five former athletes named among the world’s Top 10 performers in their respective events and a total of 10 current and former athletes ranked among the Top 10 Americans in the publications’ final rankings of the top athletes globally for the 2014 season.

Along with their final event world ranking for the 2014 season, Track & Field News has ranked athletes both nationally and internationally based on their overall performance from a season ago.

The Lady Tigers featured prominently in the final hurdle rankings for the 2014 season as two-time Olympic finalist and American indoor record holder Lolo Jones came in as the No. 3-ranked sprint hurdler worldwide for her overall performance in the 100-meter hurdles for 2014 and was joined by 2014 NCAA Outdoor silver medalist Jasmin Stowers as the world’s No. 9-ranked performer in the event.

While Jones ended the 2014 outdoor season ranked fifth worldwide with a seasonal-best time of 12.55 seconds, it was her performance in both national and international competition against many of her rivals to claim the No. 3 ranking in the final event world rankings by Track & Field News. While also capturing the U.S. Outdoor bronze medal in the women’s 100-meter hurdles, Jones was a three-time medalist for the IAAF Diamond League circuit as the silver medalist in Glasgow, Scotland, and the bronze medalist in both New York and Paris.

Stowers followed Jones across the finish line at the 2014 USA Outdoor Championships as the fourth-place finisher while just missing a spot on the podium, and also followed Jones across the line in fifth place overall on her Diamond League debut in Glasgow. The 2014 SEC Outdoor and NCAA Outdoor runner-up ended the season tied as the No. 10-ranked hurdler worldwide based on time with her personal best of 12.71.

A third former Lady Tiger hurdler also cracked the Top 10 of the final Track & Field News world rankings for 2014 as former NCAA Champion Cassandra Tate made the list at No. 7 worldwide in the 400-meter hurdles.

The ninth-fastest 400-meter hurdler on the world stage with a seasonal-best time of 54.70, Tate raced to that personal best in a bronze-medal-winning third-place finish in the final at the USA Outdoor Championship in Sacramento, California. A veteran of the IAAF Diamond League, Tate was second in the 400 hurdles in Glasgow, third in Monaco, fourth in Birmingham and fifth in Brussels a season ago.

One of the fastest all conditions 200-meter sprinters on the women’s side during the 2014 season, former Lady Tiger national champion Kimberlyn Duncan also cracked the Top 10 of the final world rankings in her sprint event to cap her first full season as a professional athlete.

Just one season after wrapping up her collegiate career as perhaps the most decorated 200-meter sprinter in collegiate history as a six-time NCAA Champion and six-time SEC Champion in the event, Duncan captured a U.S. Outdoor silver medal while clocking one of the fastest all-conditions times worldwide with a wind-aided 22.10 in the national final in Sacramento. Like her fellow former Lady Tigers, Duncan was a decorated athlete on the IAAF Diamond League circuit in 2014, finishing third in Shanghai, fifth in Eugene, sixth in Glasgow and eighth in Paris in the women’s 200 meters.

Thompson actually ended the 2014 season as the No. 2-ranked 100-meter sprinter on the planet based on time as he smashed his own personal best and Trinidad & Tobago national record of 9.82 in winning that event at the Sagicor National Open Track & Field Championships in his nation’s capital of Port-of-Spain. That trailed only the world-leading 9.77 by American Justin Gatlin in the final 2014 world rankings in the event.

Along with being crowned the Sprint King in Trinidad & Tobago with a fourth career 100-meter title at the Sagicor National Open Championships last summer, Thompson was honored as the 100-meter champion of the IAAF Diamond League meet in Oslo, Norway, with a time of 10.02 and Athletics World Challenge meet in Hengelo, The Netherlands, with a time of 9.95 to highlight his 2014 season.