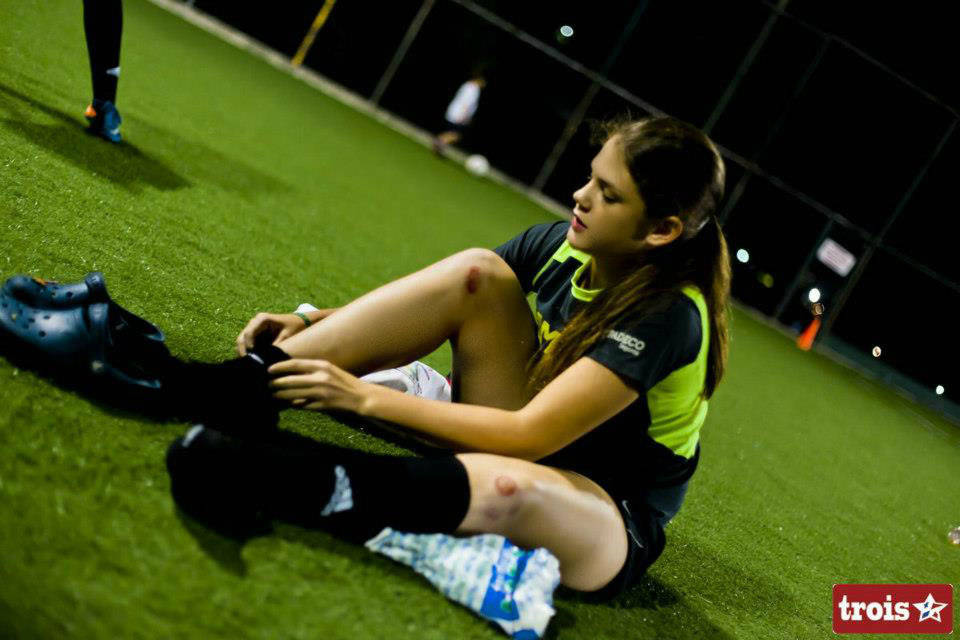 BATON ROUGE – After signing the likes of Alex Thomas and Gabriela Maldonado to National Letters of Intent as part of Wednesday’s National Signing Day earlier this week, LSU Soccer has added Jennifer Olinde to its roster for the 2015 spring season after the Panamanian Under-20 international enrolled for the spring semester in January.

A product of Colegio Episcopal de Panama in Panama City, Olinde is a member of the Under-20 Panamanian Women’s National Team player pool as one of her nation’s top young attacking talents.

Olinde will join in the competition along the front line this spring before Class of 2015 signees Thomas and Maldonado arrive on campus in August for fall training ahead of the start of the 2015 season. The trio is part of a strike force that also returns the likes of 2013 Second-Team All-SEC selection Summer Clarke and 2014 SEC All-Freshman Team member Jorian Baucom from a season ago.

Thomas, who hails from Ben Franklin High School in New Orleans, is the reigning Louisiana Gatorade Player of the Year following her junior season in 2014 and is the sixth Louisiana Gatorade Player of the Year to join up with the LSU Soccer program in the team’s history. Not only is Thomas Louisiana’s top recruit in the Class of 2015, but she is also one of the top attacking talents in the region as a three-year veteran for the Region III Olympic Development Program Team and seven-year veteran for the Louisiana State ODP Team.

A rising star in the Colombian Women’s National Team system, Maldonado emerged as one of her nation’s top young talents while representing Colombia at the 2012 FIFA U-17 Women’s World Cup held in the Eastern European nation of Azerbaijan. She hails from Colegio Nueva Granada in the Colombian capital of Bogota while being called into international duty by her country.

While earning extensive experience on the international stage with the U-17 Colombian Women’s National Team, Maldonado started all three group-play matches for her country at the FIFA U-17 Women’s World Cup in the fall of 2012. She even scored her first career World Cup goal on the stroke of halftime in the 44th minute in a 4-0 win over host Azerbaijan in Colombia’s opening match of the tournament.

Maldonado has also competed internationally while representing her country in a bronze-medal-winning third-place finish at the Conmebol South American U-17 Championship in 2012, and at the Copa Libertadores de America Qualification Tournament in three-straight years from 2012-14.