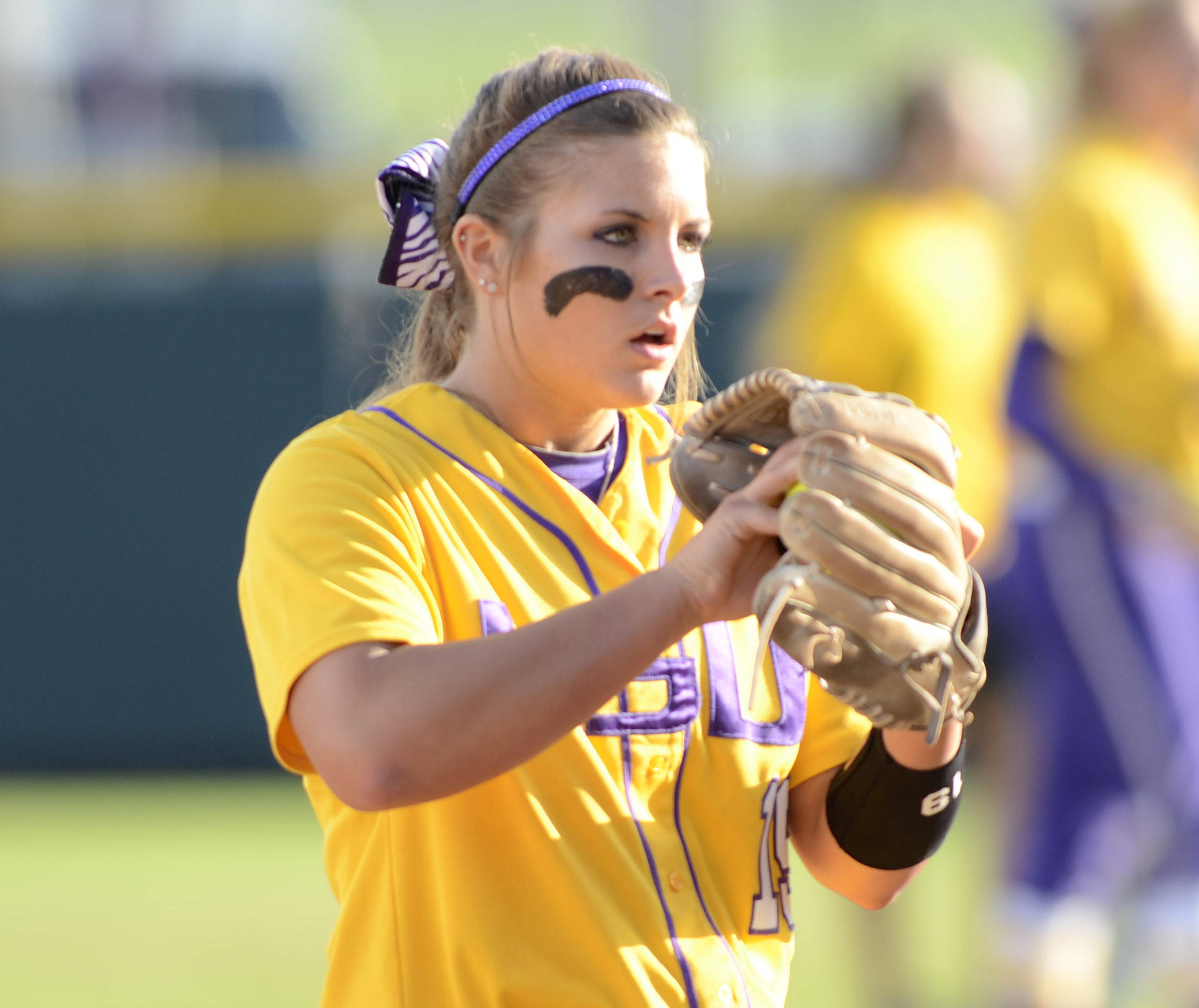 BATON ROUGE, La. – After months of waiting, the 19th-ranked LSU softball team takes to the field for the first time on Friday afternoon, opening the 2015 Tiger Classic with the Memphis Tigers at 4 p.m. at Tiger Park in Baton Rouge.

Over the course of the next three days, the Tigers will take on Memphis first before closing out the day at 6:30 p.m. against the Eastern Illinois Panthers Friday night. Also making the trek to Baton Rouge this weekend are the Tennessee State Tigers and the NC State Wolfpack, the Tigers’ opponents for Saturday and Sunday, with eight total games on deck for the opening weekend of the year.

Individual tickets are currently on sale for LSU’s games during the weekend online at LSUTix.net, as the LSU Ticket Office will open two hours prior to the start of LSU’s first game. Non-LSU games are free to attend featuring the other three teams. The season-opening giveaway this weekend will be the 2015 LSU softball schedule magnet, with a list of the season-long in-game promotions available at www.lsusports.net/promotions.

Coming off of a 38-24 campaign in 2014, LSU forges into a brand new season with likely its deepest team under Beth Torina, who enters her fourth season as head coach. With 13 letterwinners, the core of the starting lineup from last season and the addition of seven key newcomers, Torina and the squad are hoping this team has all of the tools in place to make for a special season.

“We are really excited about the core players, and I think we have a really talented group,” Torina said. “I think we have a strong leadership core, especially with our three seniors, A.J. Andrews, Kailey McCasland, and Dylan Supak. They really understand where this program is trying to go. They understand our direction and our theme this year, which is the “Power of One”. It unites these twenty girls into one team focused on one goal, which is to play in the college world series and play for a national championship.”

In the NCAA regional final last year in Tucson, the Tigers battled with two freshman pitchers who logged the lion’s share of innings a season ago in Baylee Corbello and Kelsee Selman. Their valiant effort did not go unnoticed by the fans and coaching staff, as the duo return as sophomores with help in a big way in the addition of freshman hurlers Carley Hoover and Allie Walljasper, giving the Tigers strength in numbers with very different approaches in the circle.

“I think the nice part about our pitching staff is that all pitchers are very different. All four of them bring something different to the table,” Torina said. “They will make our team that much tougher. I think it will be really hard to prepare for that staff when you really don’t know who you might face.”

One area where there looks to be no drop-off is in the record-setting offense that set a host of program and staff bests in the four years that Torina and her group have laid the foundation for in just three seasons. The power bats of All-American Sahvanna Jaquish and Bianka Bell return, along with the increased production of the slappers in A.J. Andrews and Bailey Landry. Although the team will have to replace some run support after losing players to graduation, the steady production of Sandra Simmons and Kellsi Kloss after stellar sophomore seasons looks to be a bright spot.

“There is no question that this is the most talented team we have had,” Torina said. “With the power numbers this team put up setting the program record with 65 homeruns and the second best batting average in school history with .314 last year, I think they have shown they can hit for power. We will present a tough team no matter who we are playing.”

Defensively, LSU will have to lock down spots at second base, third base and one in the outfield, with no shortage of veterans and newcomers battling for opportunities there and throughout the batting order. Emily Griggs, who along with Walljasper was named to the USA Softball Junior National Team, has a prep pedigree that lends well to this team in the outfield, while Alayna Falcon returns as well. Freshman Taylor Lockwood and sophomore Layna Savoie also could be seen in the outfield, but definitely used on the base path in pinch running situations.

Constance Quinn produced a host of memorable moments last season as a freshman, as she along with Supak and freshman Sydney Bourg have gone through practice taking turns at second. The hot corner has been manned by transfer junior Jenna Kreamer, along with Jaquish who also had time in the infield as well as behind the plate as a catcher. Kloss and Jaquish will control the dish, with freshman Sydney Loupe also adding depth to the battery.

For LSU to start the season on a high note, they will have to pass a litany of tests this first weekend beginning with a rising Memphis squad who will be looking to rebound after a 23-33 season last year in the American. Tennessee State was 18-38 last year, while Eastern Illinois was 38-17 last season in the Ohio Valley and was picked to finish seventh this season. The final team in NC State has been on the rise in the ACC and was picked to finish third in the league in the preseason poll, coming off of a 36-18 year hitting .275.

The Tigers are 3-0 all-time against Memphis and 1-0 against EIU, as this will be the first meeting against TSU and NC State.