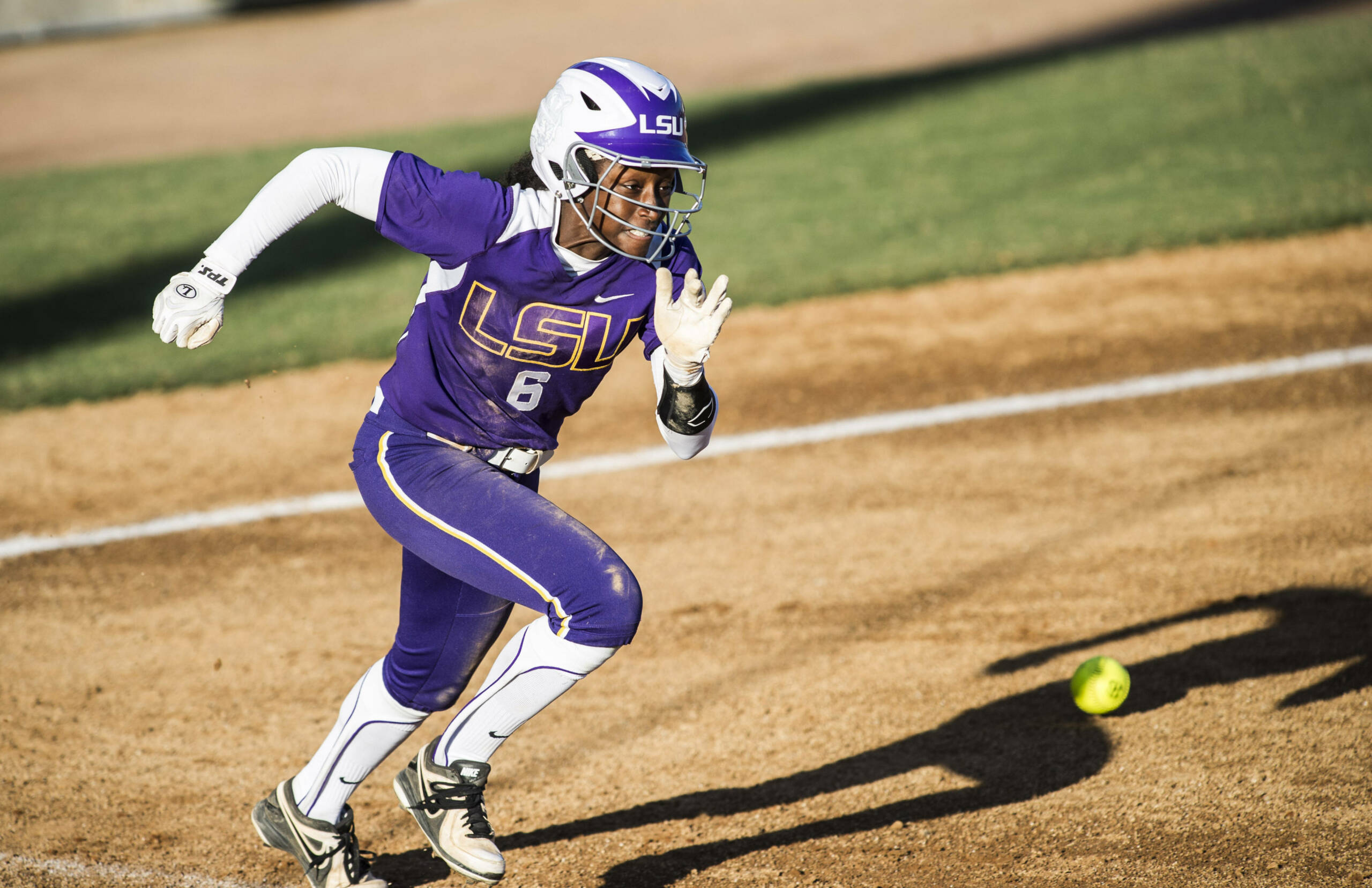 BATON ROUGE, La. – With a little over 24 hours until the start of the 2015 season, the Southeastern Conference announced its eighth-annual preseason all-conference team, with senior outfielder A.J. Andrews and junior infielder Bianka Bell both being honored.

Andrews was selected for the second consecutive year after making the cut last season as a junior, while Bell was picked for the first time in her career.

Coming into her final season at LSU, Andrews is looking to continue the form that earned her All-American honors as a sophomore in 2013, coming off of a 2014 campaign where she led the team in hits with nearly 70, while ranking in the top ten in country in stolen bases with 38 and triples per game. By the end of the year she was named an All-SEC performer.

Like Andrews last year, Bell has already earned a pretty big accolade already as last week she was named to USA Softball’s Collegiate Player of the Year Top 50 Watch List, as this upcoming season could be a breakout one for the Tampa, Florida, native. Last season on her way to earning NFCA All-South Region first team honors, Bell ended the year on an 11-game hitting streak, the longest of her career, while hitting 14 home runs to go along with her 11 doubles and a triple.

The 2015 Tiger Classic, the first tournament for LSU’s season, opens with the Memphis Tigers at 4 p.m. before taking on the Eastern Illinois Panthers at 6:30 p.m. LSU also welcomes Tennessee State and NC State to Baton Rouge, taking on TSU Saturday at 3 p.m., with games against the Wolfpack at 5:30 p.m. Saturday and 11:30 a.m. Sunday.

Season tickets for the 2015 LSU softball season also on sale for $75, as the Tigers will play a total of 35 games in Tiger Park in the upcoming season. For more information on purchasing season and single-game tickets, visit www.LSUTix.net or call (225) 578-2184.