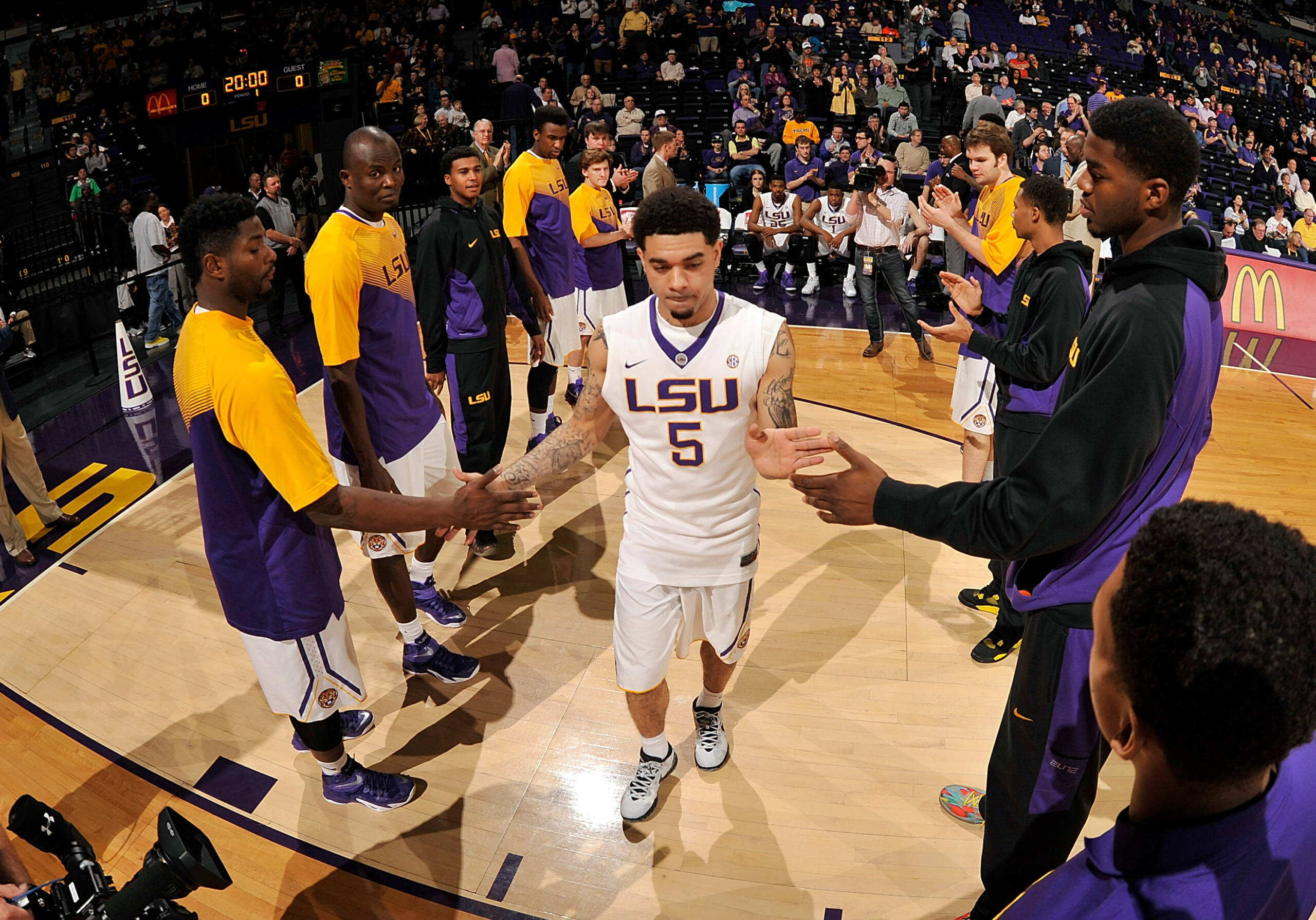 BATON ROUGE – The chance to play three games in six days all at home is a rare commodity in the Southeastern Conference but the LSU men’s basketball team hopes to use it to their benefit when they begin that homestand Thursday night against the Auburn Tigers at 6 p.m. in the Pete Maravich Assembly Center.

The game will be televised on ESPN2 with Joe Tessitore and Sean Farnham on the call with the game in the Geaux Zone at LSUsports.net and the affiliates of the LSU Sports Radio Network with Jim Hawthorne, former Tiger great Ricky Blanton and host Kevin Ford all courtside.

Tickets are on sale for the game at www.LSUtix.net and all day Thursday at the LSU Athletics Ticket Office. Tickets will be available at the Maravich Center upper concourse ticket windows beginning at 4:30 p.m. It is Student Point Night and all LSU students with valid ID are admitted free based on availability of student seating. The student lounge will be open beginning at 4:30 p.m. with free food and a DJ.

The first 2,000 fans will receive LSU Koozies with an attached bottle opener. Fans are also reminded again in coming to the Maravich Center on Thursday night that city sewer work on campus has closed all westbound traffic at South Stadium Drive and Fieldhouse Drive (in front of the Military Science Building and Public Safety Building) so alternate routes to the parking lots surrounding the athletic facilities may be in order.

LSU enters the game at 16-5 and 5-3 in the league and with a win on Thursday night could be in either a tie for second or third depending on the results of game on Wednesday night. Auburn is looking to get back to .500 overall at 10-11 and 2-6 in the league.

The Tigers are coming in off a loss at Mississippi State last Saturday, 67-73, while the Auburn Tigers have lost four straight, the last at Tennessee, 71-63.

LSU begins a homestand that hasn’t been seen in the SEC in Baton Rouge since 1998 when LSU played four straight home games. LSU hosts Auburn Thursday, Alabama Saturday (5 p.m.) and No. 1-ranked Kentucky on Tuesday.

The Tigers are one of five schools in the league that have three game home stands on the schedule this year in the SEC.

Coach Johnny Jones said in his media session on Tuesday that guard Jalyn Patterson was expected back for the Auburn game after missing both games last week against South Carolina and State after being banged up in a collision in the Vanderbilt game on Jan. 24. Also, Jordan Mickey is expected to play, despite being hobbled with a foot injury in the Mississippi State loss. Despite that, Mickey had the first 20-20 (25-20) for LSU since 2003.

Malone has started the last six games for LSU and Coach Jones talked about his work ethic as he eventually found his way to the starting lineup.

“The good thing about Darcy is that he never hung his head, pouted or anything in practice. He continued to work extremely hard every day. I am hopeful that those other guys that are over there looking for opportunities to get some positive minutes will follow his lead. When that time comes, they are prepared and ready to deliver. Darcy is a prime example of taking advantage of an opportunity. He did, and he is playing quality minutes for us right now.”

The game will match the only two players in the SEC averaging a double double with Mickey from LSU and Cinmeon Bowers, the junior from Racine, Wisconsin (13.5 ppg, 11.0 rpg). KT Harrell leads Auburn with a 17.0 points average and Antoine Mason averages 14.1 points per game.

Bruce Pearl, returning to the Southeastern Conference, is in his first year as the Auburn coach.