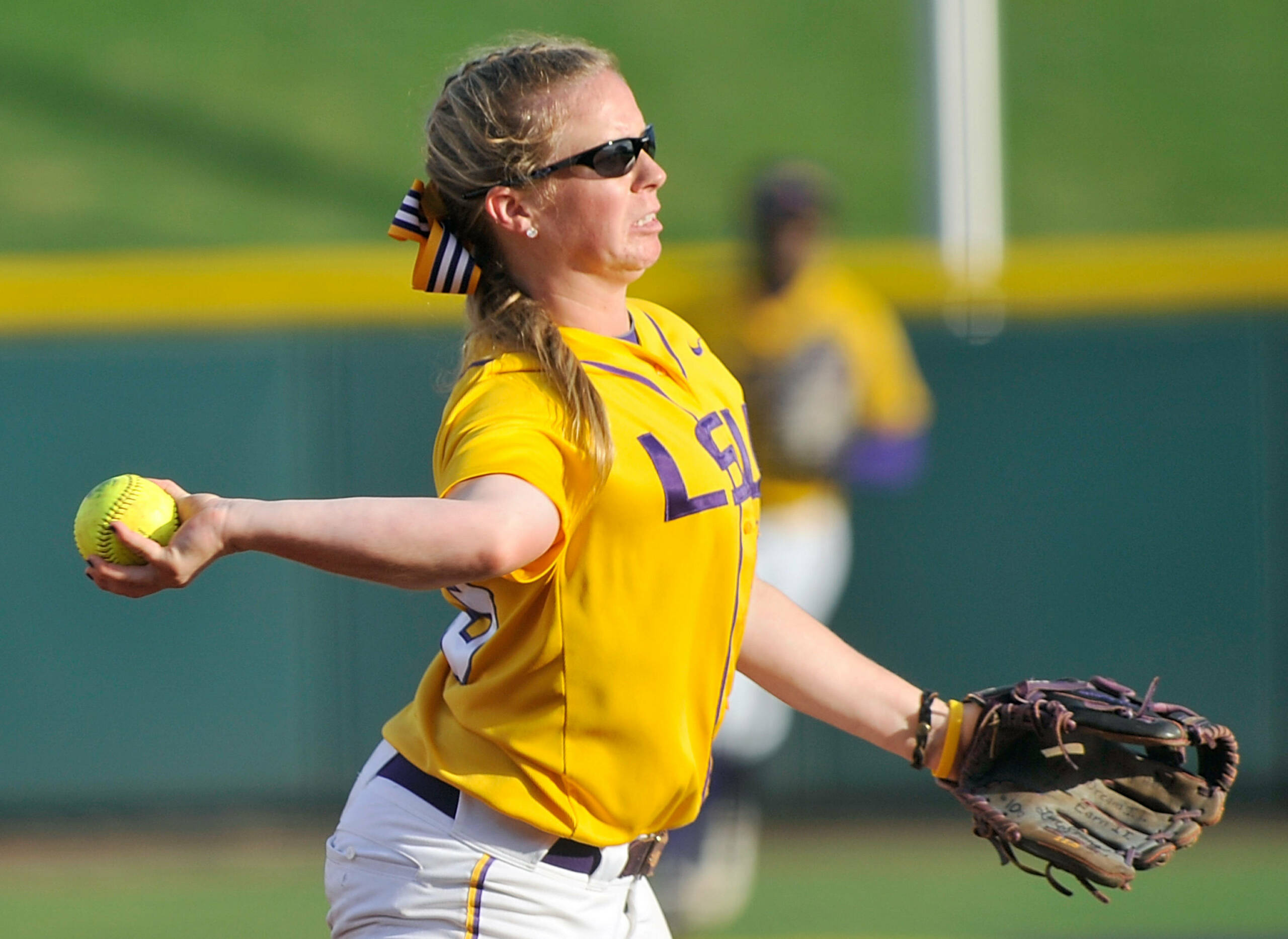 The core of the defense in the infield will be looking to replace senior leadership at second and third base, but the other two spots at first base and shortstop are both solidified with the return of juniors Sandra Simmons and Bianka Bell, respectively.

“The mainstays of the infield will be Bianka and Sandra, as both have played virtually every game of their career at this point,” Beth Torina said. “They’ve given us some outstanding play at those positions and I would expect nothing less this season.”

Simmons has had a lock on first base since she arrived in Baton Rouge after a stellar prep career, increasing her production offensively to match her defensive strengths. She hit .305 last year with 11 doubles and 37 RBI, while with her glove sported a .994 fielding percentage, as in her two years has one of the highest at LSU so far through her career.

“I think Sandra is arguably the best defender at first base in the Southeastern Conference,” Torina said. “I think she makes it a really athletic position and does some special things there because she’s so versatile.”

Another option at first base for the Tigers is senior utility player Kailey McCasland, who played in 13 games in her junior season in 2014, as her .333 average in those games will provide an option at the designated player spot as well as in key pinch hitting roles.

“Kailey is great under pressure, so we plan on utilizing her in a lot in pinch hitting roles and see her fighting for a spot at the DP spot,” Torina said.

After going through some early season struggles, Bell regrouped in a big way and turned the season on its ear offensively by finishing second on the team with a .337 batting average, with 60 hits, 11 doubles, a triple and 14 home runs. She started all 62 games in being named first team NFCA All-South Region, stealing seven bases and producing a .468 on-base percentage which led the team.

“Bianka is a player that is well respected throughout the SEC because of what she’s capable of,” Torina said. “I think she’s in a really good spot mentally heading into the year and I think a really nice year.”

The first opening in the infield will be a replacement for departed second base occupant Allison Falcon, who started 61 of the team’s 62 games a year ago, hitting .312. The other comes at the other corner, as Tammy Wray and her glove transition into a student coaching role after starting 55 games and hitting .308 in 2014.

One player vying for the spot at second is a seasoned veteran who started as a freshman on a team that went to the Women’s College World series in Dylan Supak. Supak, now in her senior year, played in 12 games last year, seeing time as both a pinch hitter and pinch runner, as some of her clutch moments off the bench last year could lead to an increased load in 2015.

“Dylan is a player with a lot of experience from the time she was a freshman on the WCWS team, and has worked hard to make herself a presence this season who we could see being used at spots throughout the year,” Torina said.

Playing in 33 games and starting 19 as a freshman making her return in Constance Quinn, who also as a key reserve, came on to hit .317 at the plate with 20 hits, four doubles and three home runs, none bigger than her shot that helped spark a comeback against Georgia last season.

“Constance is possibly the most athletic player on the team,” Torina said. “She covers so much ground and can make a spectacular play at any moment, can hit for power and can run so she’s a very valuable asset to the group.”

Behind Quinn, with the skill set to play any one of three positions in the infield is freshman Sydney Bourg from Slidell. Bourg, a Northshore High School alum, hit .747 for her career while being a multiple all-state selection, even earning most valuable player honors for the East squad in the LHSCA softball game.

“Sydney’s a really athletic player, who honestly could play at second, third or short, she just has that potential,” Torina said. “She would do anything we ask her to do, even run through a brick wall for this program, so she’s someone you’re going to see throughout the infield.”

The options at third base begin with Sahvanna Jaquish, who was able to earn some time in the infield last season at spots, along with newcomer transfer Jenna Kreamer.

Kreamer, a Louisiana product out of Evangel Christian Academy in Shreveport, started her collegiate career at Washington, playing on a Women’s College World Series team there, before transferring to Louisiana-Lafayette and coming to LSU where she sat out last season. In high school, Kreamer set the school record for doubles, triples, home runs and RBI, and was second in runs scored with 509.

“Jenna has played third base her whole life, and is the most natural at that position,” Torina said. “She understands that position and knows what it takes to be there, and has done it at the highest level at different places so we know what type of player we have in her.”