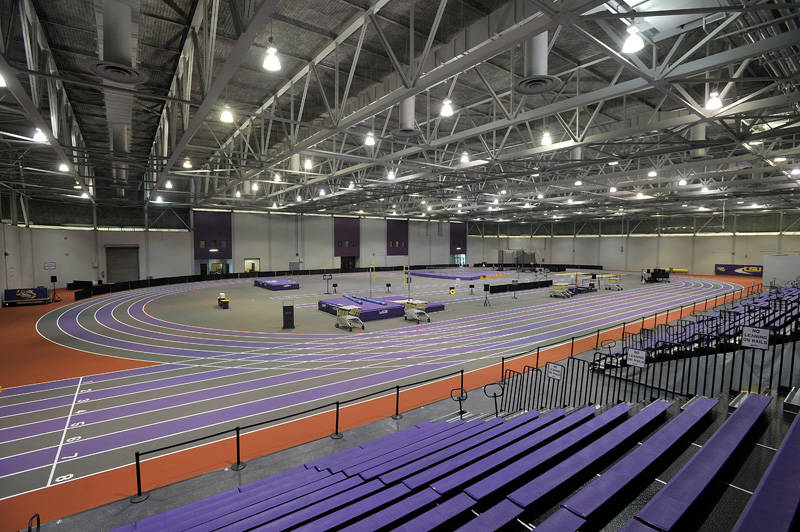 BATON ROUGE – After clocking back-to-back personal bests in winning her first collegiate title in the 60-meter hurdles at Arkansas’ Razorback Invitational on Saturday, Lady Tiger rookie Daeshon Gordon was honored Tuesday by the Southeastern Conference as the SEC Women’s Freshman of the Week as one of the league’s top performers.

Gordon put herself in qualifying position for the NCAA Division I Indoor Track & Field Championships with her personal-best performance at the Randal Tyson Track Center in Fayetteville.

After qualifying as the top Lady Tiger in the first round on Friday night with a time of 8.53 seconds, Gordon raced to back-to-back personal bests on Saturday with times of 8.40 to win her semifinal race with the second-fastest time of the round and 8.30 in the final to edge the likes of Purdue’s Devynne Charlton (8.31) and Notre Dame’s Jade Barber (8.32) at the tape for the victory.

While entering the meet with her previous personal best of 8.50 set in back-to-back meets at the LSU Indoor Invitational and Auburn Indoor Invitational to kick off the season, Gordon dropped her best by two tenths of a second for her performance on Saturday as she also emerged as the NCAA’s No. 14-ranked 60-meter hurdler among all classifications during the 2015 indoor season. She is also now the second-fastest freshman in the country and the No. 7-ranked hurdler in the SEC rankings for her efforts.

Up next for the Tigers and Lady Tigers will be a return trip to Albuquerque, New Mexico, this year to compete at the two-day New Mexico Collegiate Classic running Friday and Saturday at the Albuquerque Convention Center near the campus of the University of New Mexico.