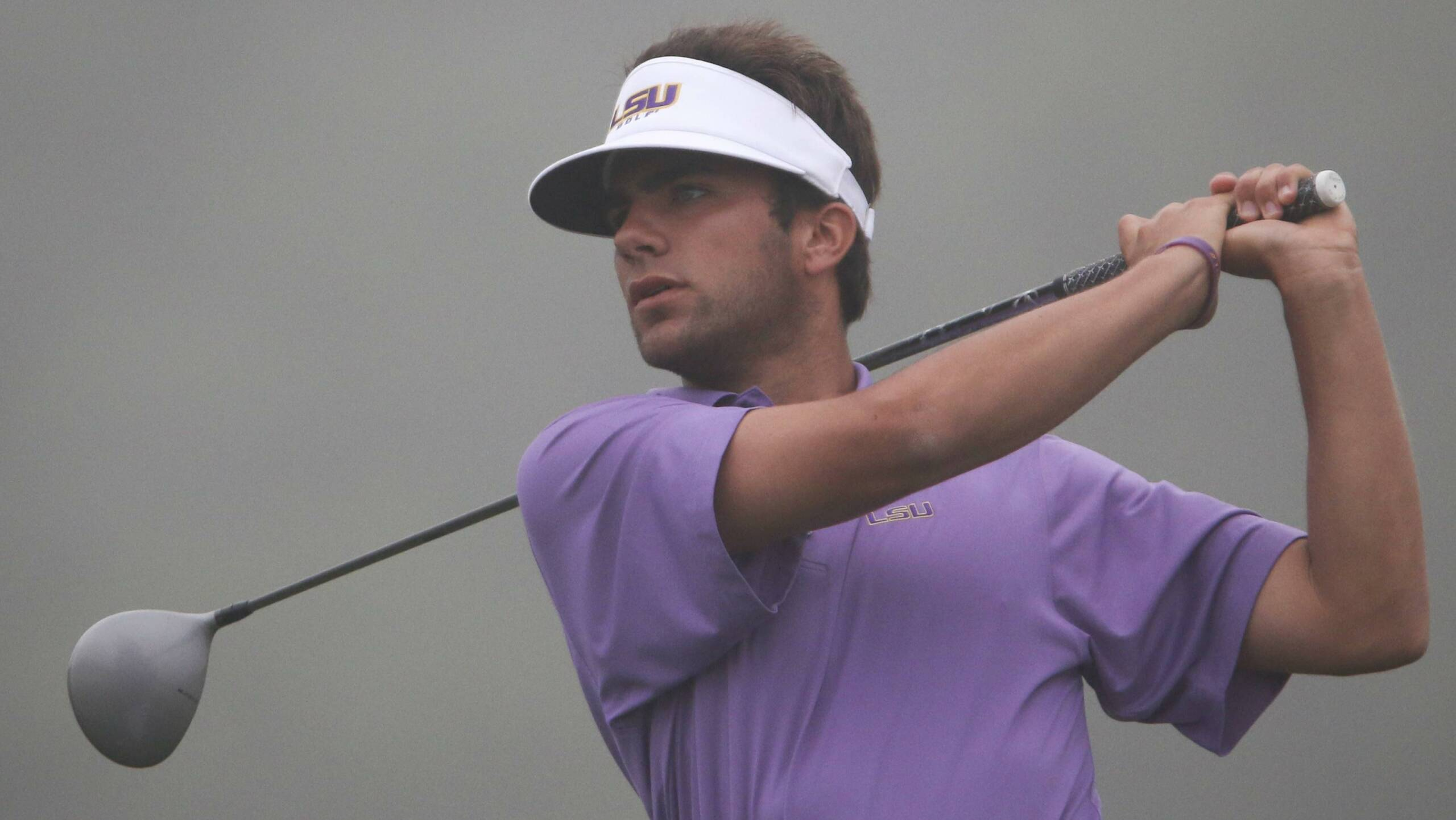 BATON ROUGE – It was surely a debut to remember for former LSU Tiger Curtis Thompson while making his first Web.com Tour appearance at the Panama Claro Championship over the weekend as the two-time All-American cracked the Top 10 of the final leaderboard in a tie for sixth place in the event held at Panama Golf Club in Panama City.

Thompson, who appeared in his first career PGA TOUR event three weeks ago at the Sony Open in Hawaii, finished at 4-under par with a 72-hole score of 276 to finish in a five-way tie for sixth place.

After opening with his low round of the tournament with a 2-under par 68 in Thursday’s first round, Thompson followed with rounds of 1-under 69 on Friday, even-par 70 on Saturday and 1-under par 69 on Sunday for a final total of 4-under par 276 to finish seven shots off the pace on the final leaderboard in Panama.

Mathew Goggin was crowned champion at the Panama Claro Championship with a winning score of 11-under par 269, followed by Harold Varner III in second place at 7-under 273, Shane Bertsch and Dicky Pride in a tie for third place at 6-under 274 and Henrik Norlander in fifth place at 5-under 275 to round out the Top 5 of the final leaderboard following Sunday’s final round.

Thompson is off to a fast start in his professional career in the wake of back-to-back seasons in which he earned All-American honors with the Tigers as a sophomore in 2012-13 and as a junior in 2013-14. Thompson had consecutive selections as a Golfweek Honorable Mention All-American as an LSU Tiger, along with a First-Team All-SEC selection in 2013 and a Second-Team All-SEC selection in 2014.

In other action, LSU’s senior All-Americans Ben Taylor and Stewart Jolly teed it up at Ocean Forest Golf Club in St. Simons Island, Georgia, this past weekend in an appearance at the prestigious Jones Cup Invitational.

Fueled by a brilliant round of 1-under par 71 in the final round, Taylor fired himself 19 spots up the leaderboard during Sunday’s tournament finale to finish in a tie for 14th place with a 54-hole score of 7-over par 223 for his best finish in three career appearances at one of the nation’s leading amateur championships. Taylor also carded rounds of 6-over 78 on Friday and 2-over 74 on Saturday before firing a 1-under 71 on Sunday.