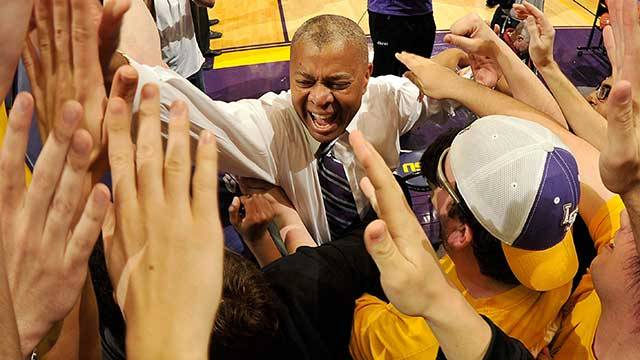 As expected, Simmons signed with the Tigers, and the LSU compliance office announced it had received and approved the national letter-of-intent papers.

The 6-10 forward, an Australian native, plays for Montverde Academy in Montverde, Florida. The school has won the last two prep national championships and is ranked No. 1 in the country entering the 2014-15 season by USA Today.

“We are thrilled to have Ben Simmons and his wonderful family officially join the LSU basketball family,” said LSU Head Basketball Coach Johnny Jones. “His talent level, hard work and passion for the game will allow him to make an immediate impact on the program.”

Last season, Simmons averaged 18.5 points, 9.8 rebounds and 2.7 assists a game while shooting 69 percent from the floor and 77 percent from the free throw line. He recorded 88 blocks as well. Montverde was 28-0 last season, closing with a 71-62 victory over Oak Hill Academy in the Dick’s Sporting Good High School National Tournament at Madison Square Garden. Simmons had 24 points and 12 rebounds, earning MVP honors.

This past summer at the NIKE EYBL Peach Jam in Georgia, Simmons averaged 18 points, 6.5 rebounds and almost three assists for a Florida-based team. He was later named the high school MVP at the NBAPA Top 100 camp and also attended and had a strong showing at the LeBron James Skills Academy.

Simmons is ranked No. 1 in America by Rivals.com, 247 sports.com, ESPN.com and No. 2 by Scout.com. Although former signees have won national high school post-season awards after their senior seasons, this is believed to be the first No. 1 player the Tigers have signed in the early signing period.