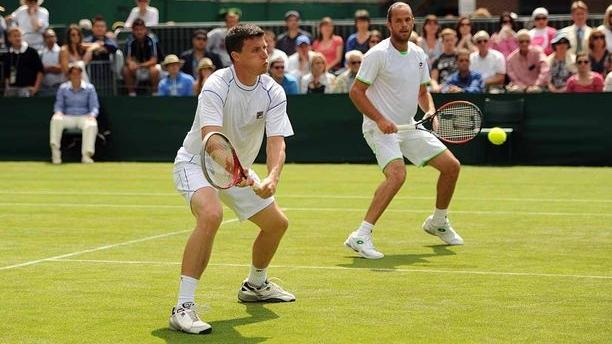 “I am happy for them to be able to compete at Wimbledon and have the opportunity to do well,” said LSU head coach Jeff Brown. “They all have played well this year, and I hope they have a great run at our sports most prestigious event. To have three LSU Tigers in Wimbledon is gratifying for the coaches and a great example of what can be achieved through our program and university.”

Ken’s first Wimbledon was in 2008, and he competed in six Gentlemen’s Doubles while finishing in the second round in 2010, 2012 and 2013. Ken and Neal are No. 67 in the ATP World Tour doubles rankings. Neal’s first Wimbledon will take place only three hours away from his hometown of Liverpool, England.

“It’s definitely a dream come true,” Neal said. “I’ve always wanted to play here, and now I have the chance to play my first Wimbledon. It makes it even more special that I am playing with my brother and my family will be here to watch us play.”

Venus is listed at No. 69 in the world rankings and will compete with Bradley Klahn of Stanford. Venus recently won a challenger in Nottingham, Great Britain with partner Rameez Junaid of Australia over Ruben Bemelmans of Belgium and Go Soeda of Japan.

The first round of doubles will take place on Wednesday and Thursday. Ken and Neal will compete against Dustin Brown and Jan-Lennard Struff of Germany while Venus and Klahn take on Austin Krajicek and Donald Young of the United States. Official match times will be released prior to competition. The entire grand slam will last from Monday, June 23 to Sunday, July 6.