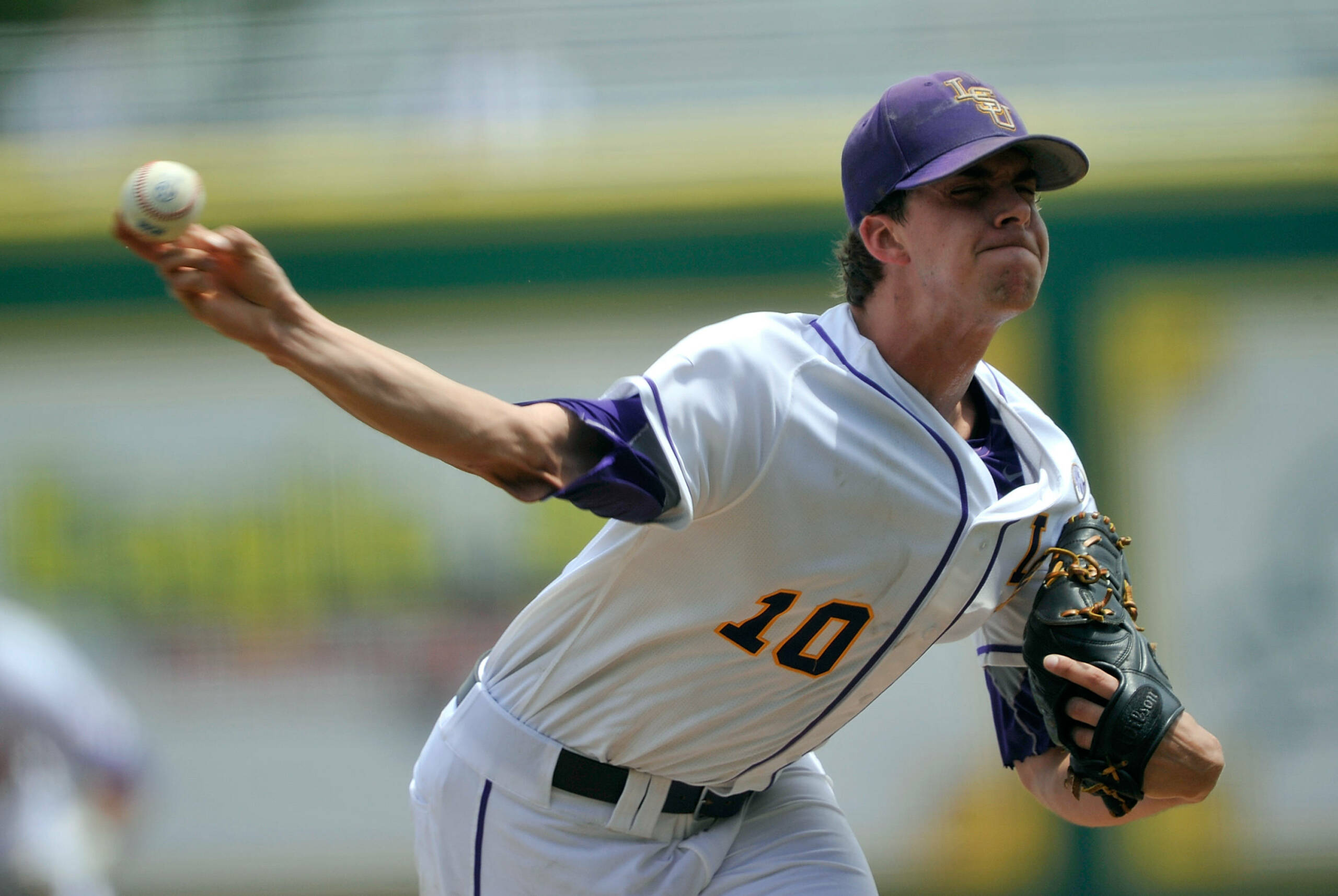 LUBBOCK, Texas — The National College Baseball Hall of Fame’s National Pitcher of the Year Award watch list has been narrowed to three. The 2014 finalists are Aaron Nola of LSU, Blake Fox of Rice and Brendan McCurry of Oklahoma State.

The Pitcher of the Year Award, sponsored by Diamond, will be presented during the National College Baseball Hall of Fame’s annual Night of Champions on June 28 in Lubbock, Texas.

“Each of these players was instrumental in his team’s regular-season and postseason success,” said Raymond Richardson, Pitcher of the Year Award co-chair. “They maintained their impressive numbers throughout the season, and they’re going to make it difficult to choose a winner.”

Nola, a junior right-hander from Baton Rouge, La., was named SEC Pitcher of the Year for the second year and finished his season with a 1.47 ERA. In his last two seasons, Nola had a 23-2 record with 256 strikeouts. He was the first round selection – seventh pick overall – of the Philadelphia Phillies earlier this month in the MLB Draft.

The National Pitcher of the Year Award is the third major college baseball honor for which Nola is a finalist. He is also a finalist of the Golden Spikes Award and for the Dick Howser Trophy.

Fox, a sophomore from Bellaire, Texas, had 69 strikeouts and only 27 walks in 104 2/3 innings to go with his 12-0 record on the year. He also had an opponent batting average of .236. The Owls ended the season with a loss to Texas A&M during regionals.

McCurry, a senior from Tupelo, Okla., is ranked fourth in the NCAA with 19 saves and made a school-record 34 appearances during this season. With a 5-0 record and 0.39 earned run average, he allowed only two runs in 46 innings and gave up just 29 hits while recording 53 strikeouts.

“Each of these guys was part of a dominant pitching staff, and yet they all managed to distinguish themselves,” said Chris Snead, award co-chair.

For more information on the National Pitcher of the Year Award or the National College Baseball Hall of Fame’s Night of Champions, visit http://www.collegebaseballhall.org/.