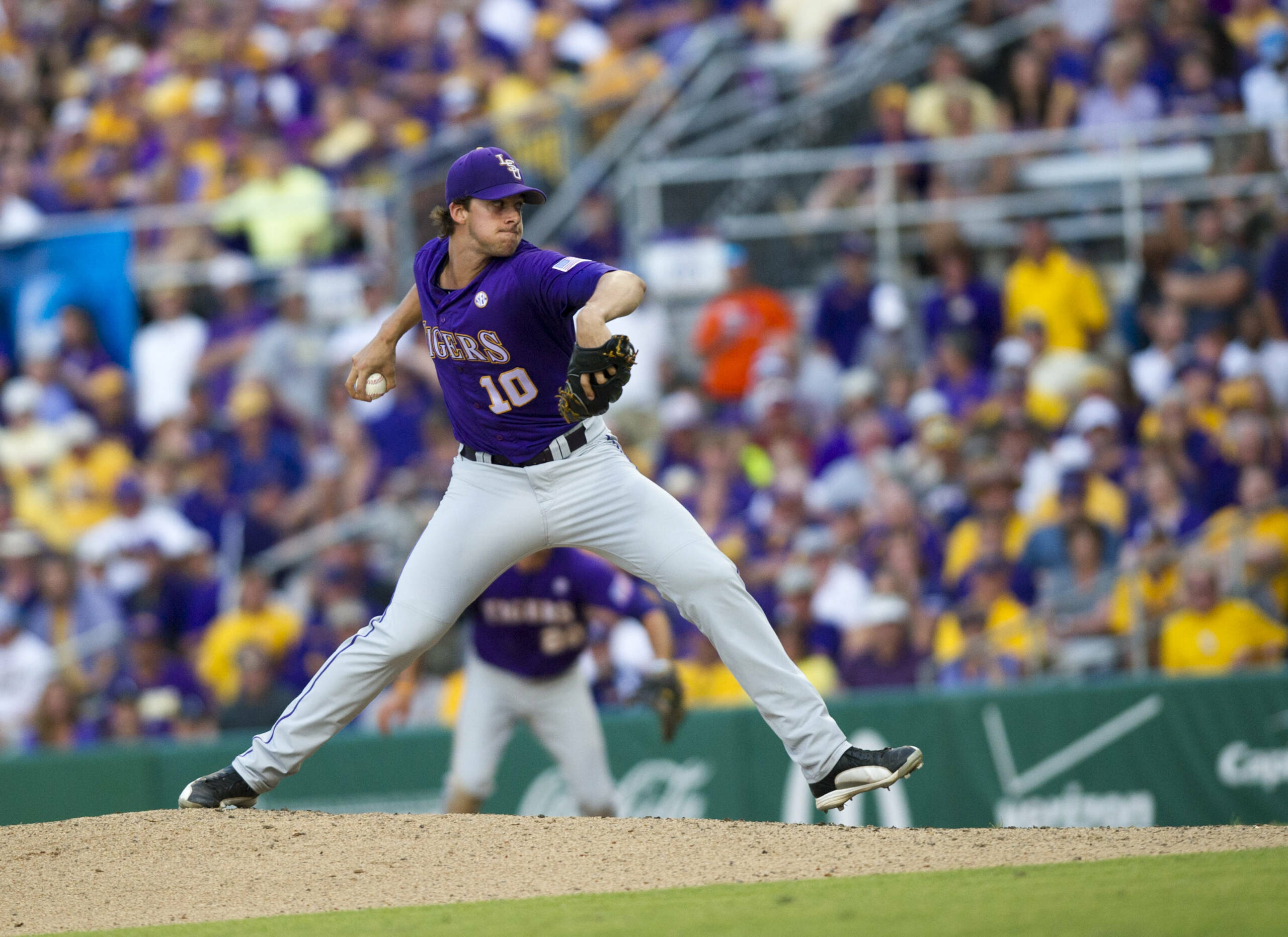 Nola, who also received first-team all-America honors last month from Collegiate Baseball newspaper, signed a contract Tuesday with the Philadelphia Phillies after he was selected in the first round (seventh pick overall) last week in the MLB Draft.

Nola, a Baton Rouge product, is a finalist for the Golden Spikes Award and for the Dick Howser Trophy, and he has earned first-team all-America recognition for the second straight year. The only two-time Southeastern Conference Pitcher of the Year (2013 and 2014) in league history, Nola was 11-1 this season with a 1.47 ERA, and he recorded 27 walks and 134 strikeouts in 116.1 innings.

He led the SEC this season in strikeouts, ERA, innings pitched and opponent batting average (.172), and he is No. 2 in the nation in strikeouts. LSU posted a 15-1 mark in the games Nola started during the 2014 season.

LSU has produced 26 first-team all-Americans in its history, including eight during the eight-season tenure of coach Paul Mainieri.