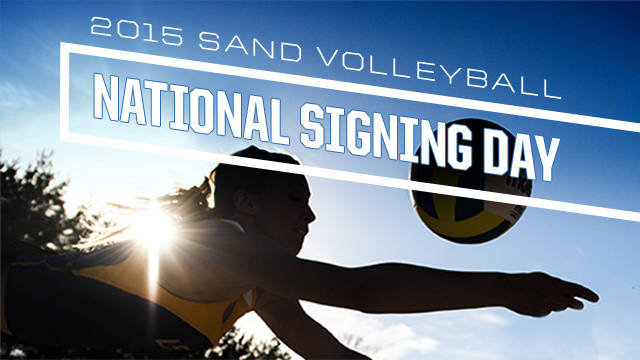 Molle is a transfer from Otterbein University in Ohio and will join the program as a sophomore. Kessler, Morris, Wilson and Young will be freshmen for the 2014-15 season. The five players are the first signing class exclusively for sand volleyball. The class represents the states of California, Florida, Georgia, Indiana and Texas.

“We couldn’t be more excited about our 2014 recruiting class,” Brock said. “Our vision and commitment to recruit the best players from all across the country is well represented in this historic class. These are all strong sand players, who have committed themselves to developing their skills and are excited to continue to train year round in the sand.  They are passionate and excited about LSU and are honored to be on the front edge of the development of our program.  We know that this very first class embodies all the fantastic qualities that will represent our program and our university well.  Their commitment to academics and their understanding of the value of strong family are also areas where they will provide a great addition to the foundation that was started this past season.  We can’t wait to start working in the fall and have very high expectations for this group as the put on the Purple and Gold for life.”

Kessler [Augusta, Georgia] was a right side hitter for Landmark Christian School. Her team won the 2013 state championship and worked their way to national champions in the 18 National Division. She also has been training with the 692 San Volleyball Club in Atlanta and will train with the 692 group in Dallas, Texas over the summer.

“Lilly is left handed player with lots of experience,” Brock said. “She has the height to allow her to train as a blocker and the ball control and quickness to train as a defender. Her flexibility and ability are exciting to add to our program. We also had to drag her out of the weight room during her visit. With that kind of dedication and the strength gains she will undoubtedly make, we fully expect Lilly to excel during her LSU career.”

“Callan brings maturity and a great perspective of collegiate athletics to our program,” Brock said. “She has also already proven her ability to be extremely successful in the classroom. The first time I saw her recruiting video and read about her passion to commit fully to sand volleyball, I knew she was the type of player we needed to add. She is a great defender with a wonderful ability to read hitters, and she has excellent quickness. Her ability to control the ball and her shot making skills are her strongest assets. Callan will be a strong and important part of our program.”

“Carly is a fantastic athlete,” Brock said. “She has great height and a strong arm. Her ability to move and control the ball also are valuable assets. I received messages from her former coaches, who were excited that we were getting such a strong team member. Her dedication and positive attitude have made a strong statement about her as a player, and we know that it will continue to be an impressive part of her contribution to LSU. She also comes in with very high academic accolades. We fully expect Carly to be a great contributor in the sand and a leader in the classroom for our program.”

Wilson [Tallahassee, Florida] competed in the 2013 AAU Junior Olympics in Hermosa Beach, California. As a member of the Cape Coast Volleyball Club, she competed as an indoor player for four years until 2012 before solely pursuing sand volleyball. During the 2011-12 season, she earned a spot on the National Team and served as team captain.

“Taylor has been fully committed to sand volleyball for the last few years,” Brock said. “She has had the opportunity to train and play with experienced players on a consistent basis. Sand volleyball is her natural sport, and she has great instincts for the game. She comes from a beach community where sand volleyball has been a part of her life for a long time. She has good length and is left handed which is a nice advantage for a right side player. Her all-around ability and her experience make her a valuable addition to our team. Taylor’s passion and excitement for the game are qualities that we fully expect will allow her to be a very successful part of our program.”

Young [La Jolla, California] was a blocker at La Jolla High School where her team captured the 2014 San Diego Sand Volleyball League title. She won 10 of her 11 matches and picked up a San Diego Division I silver medal.  She has been training with the 692 Sand Volleyball Club in San Diego.

“Riley comes from a culture of sand volleyball,” Brock said. “Her height is an incredible gift. She has been focused and working hard to develop herself into a top level blocker in the sand. I haven’t seen many players at any level with a more natural ability to time her blocks and read opposing hitters which makes her a really effective defender at the net.  She has been committed fully to sand volleyball to prepare herself for a fantastic career as a Tiger.”