Baseball's Moore Selected in Sixth Round by Mets 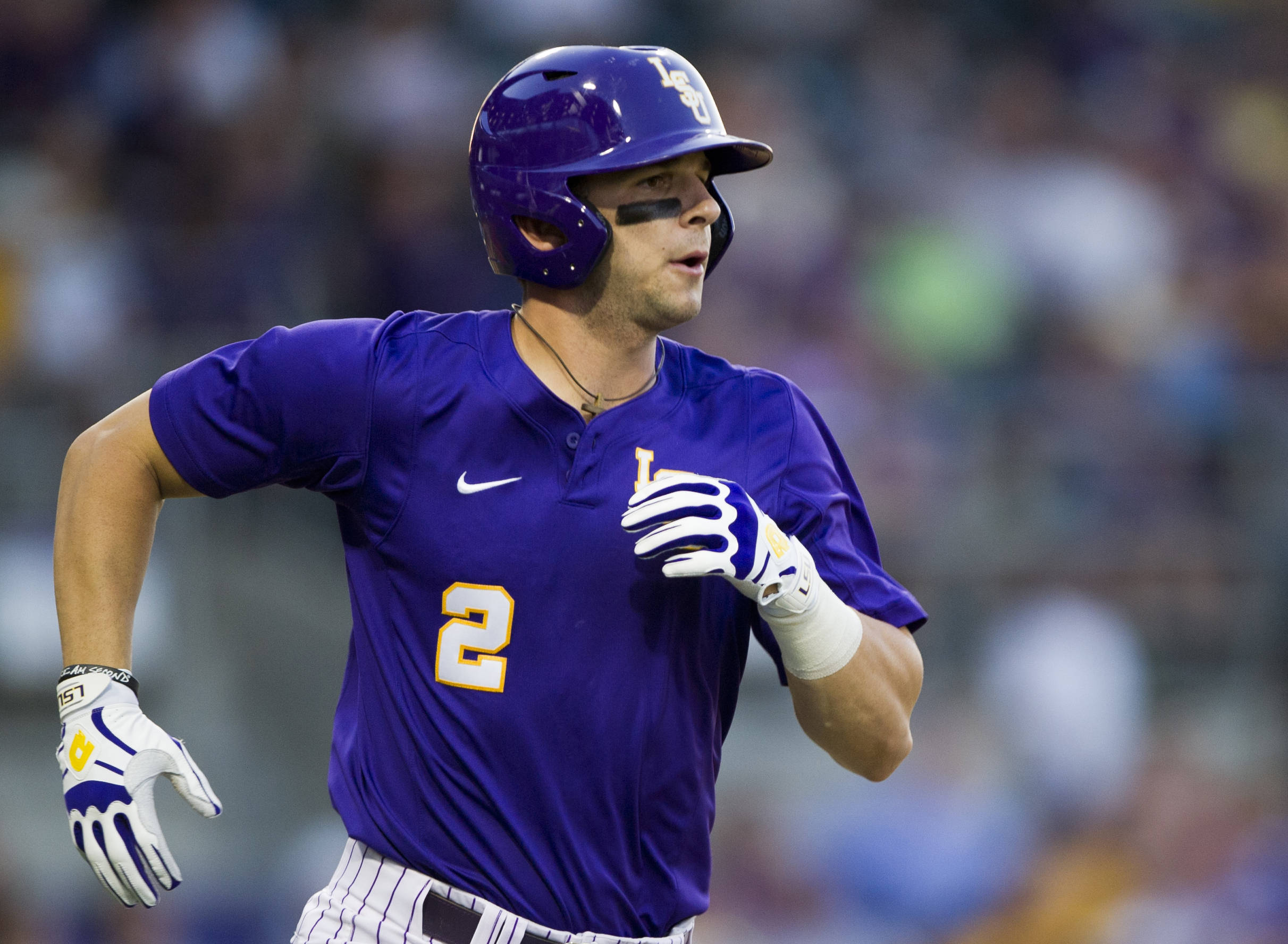 BATON ROUGE, La. – LSU junior catcher/infielder Tyler Moore was selected during Day 2 of the 2014 Major League Baseball Draft Friday afternoon. Moore, a Baton Rouge product, was chosen in the sixth round by the New York Mets.

Moore was voted the Most Outstanding Player of the 2014 SEC Tournament, as he batted .385 (5-for-13) in four games with one double, two homers, three runs and six RBI.

He was named on May 19 as a National Player of the Week by Collegiate Baseball magazine after batting .500 (8-for-16) in four games (May 13-17) with three doubles, one homer, 13 RBI and six runs scored. In LSU’s May 13 win over Northwestern State, Moore produced a career-best eight RBI and launched the first grand slam of his career .

Rounds 1-2 of the MLB Draft were completed Thursday night, and rounds 3-10 were completed on Friday. The draft concludes on Saturday with Rounds 11-40 beginning at Noon CT.

LSU junior right-hander Aaron Nola was selected in the first round (seventh pick overall) Thursday night by the Philadelphia Phillies.

LSU signee Bobby Bradley, a first baseman from Harrison Central High School in Gulfport, Miss., was selected in the third round Friday by the Cleveland Indians.