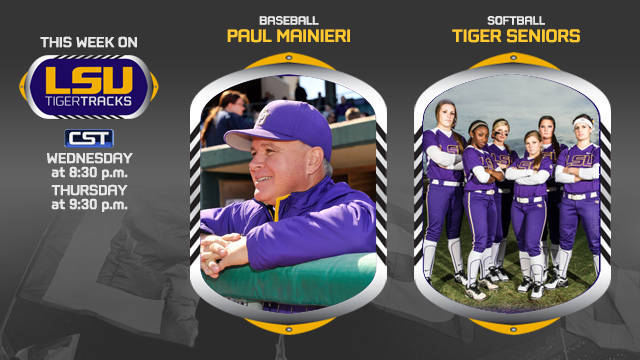 BATON ROUGE, La. – This week’s edition of LSU Tiger Tracks, a program highlighting various aspects of the university and its athletic department, can be seen at 8:30 p.m. Wednesday and 9:30 p.m. Thursday on Cox Sports Television.

LSU Tiger Tracks begins with a visit to the studio from baseball coach Paul Mainieri, who discusses the fifth-ranked Tigers’ series this weekend at Texas A&M and analyzes the remaining three weeks in the 2014 regular season.

The show also features a profile of the softball team’s senior players, who make their final regular-season appearance in Tiger Park this weekend when LSU meets Mississippi State.