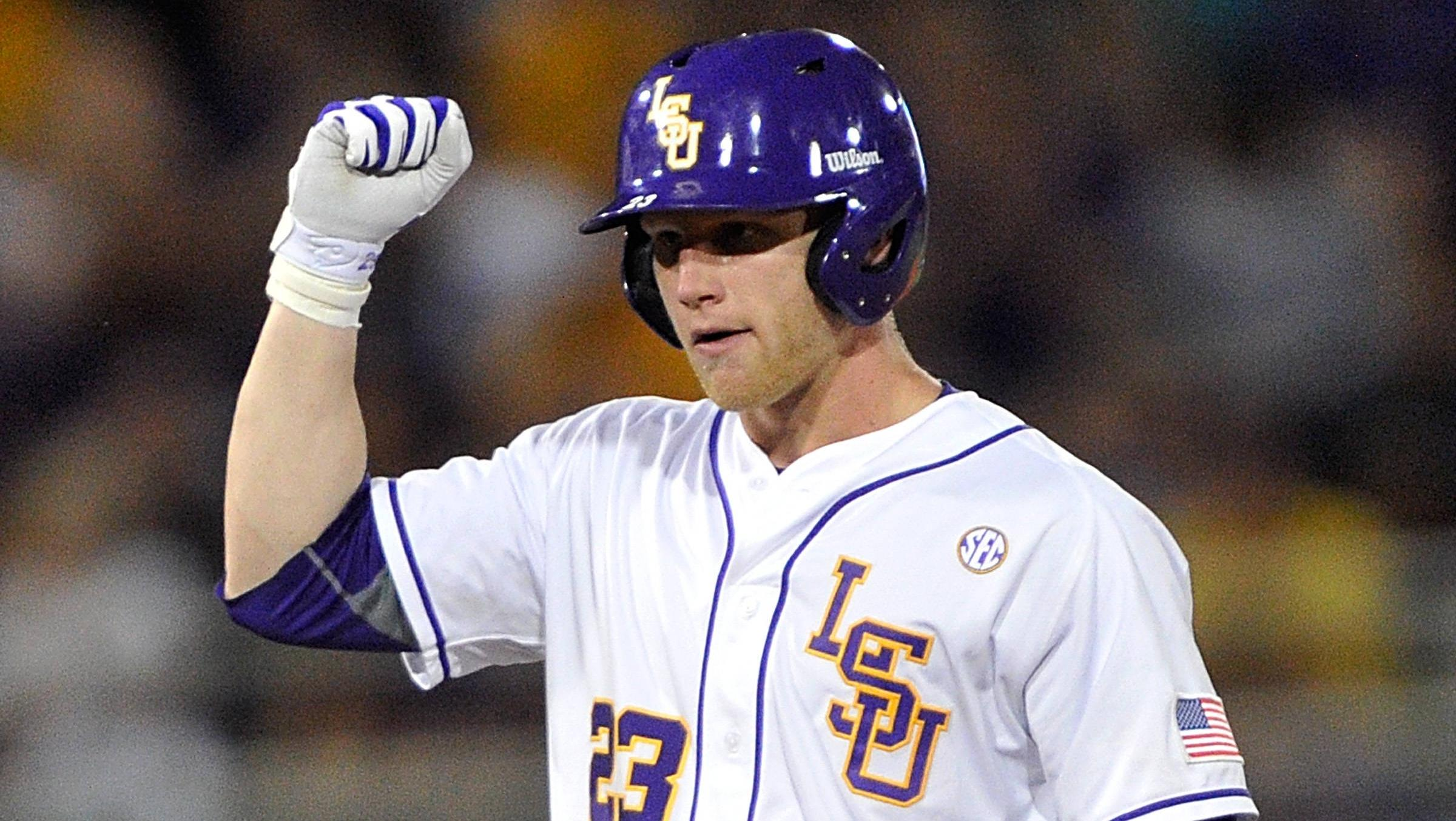 BATON ROUGE, La. — LSU outfielder Jake Fraley was named Tuesday as the Southeastern Conference Freshman of the Week by the league office.

Fraley, who is riding a five-game hitting streak, tied a career-high with three hits on Friday night against the Vols, scoring two runs and driving in one. On Sunday, Fraley led off the eighth inning with the score tied 4-4 and drew a walk, later scoring the eventual winning run all the way from first base on second baseman Conner Hale‘s double.

Fraley is hitting .338 on the year with five doubles, one triple, one homer and 21 RBI. In SEC games, he is batting .333 with three doubles, eight RBI and nine runs scored.