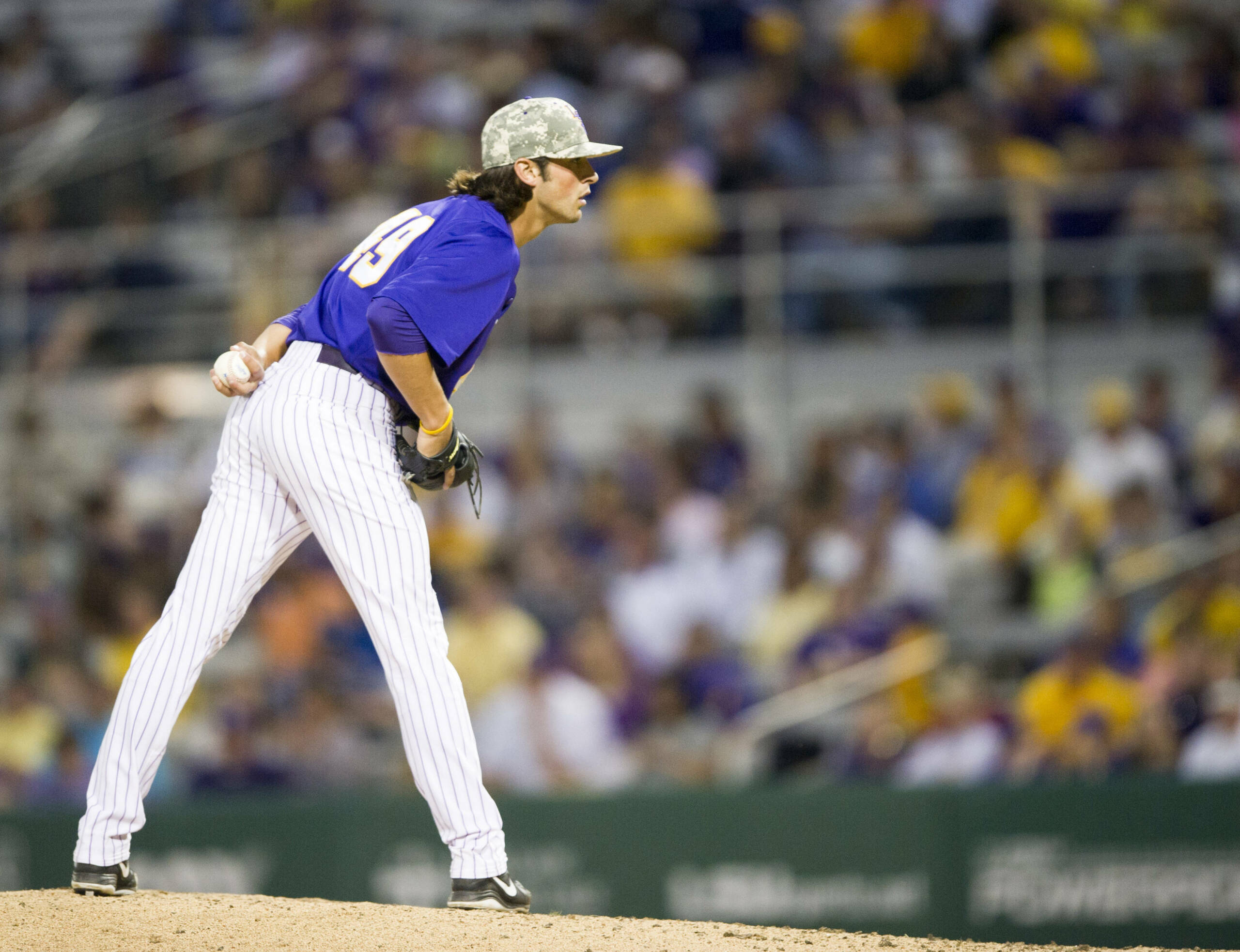 LSU plays host to Tennessee this weekend beginning Friday at 7 p.m. First pitch is set for 6:30 p.m. on Saturday in a game that will be televised by CST.  The Tigers and Volunteers square off in the Game 3 of the series at 12 p.m. on Sunday. All three games can be heard on the LSU Sports Radio Network.

Seven LSU pitchers combined to record the shutout Tuesday night, as the Tigers limited the Green Wave to six hits. The Tigers added to their school record for single-season shutouts that was originally established on April 9 when LSU blanked Lamar for its 11th shutout.

LSU pounded out 14 hits for the game and scored six runs on 12 hits against Tulane starting pitcher Tyler Mapes, normally a member of the Wave’s weekend rotation.

“I feel confident in saying that this was our best offensive game of the season,” said LSU coach Paul Mainieri. “Mapes is an outstanding pitcher who could pitch in an SEC starting  rotation. I thought our hitters really dug in against him and delivered some tremendous at-bats.”

LSU is now 11-2 in the month of April after ending March on a four-game losing streak.

“I’ve said that teams usually start playing their best by April 1, and that’s what has happened with our team. We got off to a bit of a slow start in SEC play, but our guys have been resilient and we’re right where we need to be as we begin the sprint to the finish of the regular season.”

LSU took a 1-0 lead in the second inning Tuesday night. With runners on the corners, leftfielder Jake Fraley hit an RBI single to left field to score DH Sean McMullen.

In the third inning, Fraley hit a single through the right side of the field to score rightfielder Mark Laird and centerfielder Andrew Stevenson and give the Tigers the 3-0 lead.

First baseman Tyler Moore led off the fifth inning with a single to centerfield. After stealing second and moving to third on a wild pitch, Moore scored on a groundout by Stevenson to extend the LSU lead to 4-0.

Mapes (4-3) was charged the loss after allowing six runs on 12 hits in 5.1 innings of work with one walk and three strikeouts.