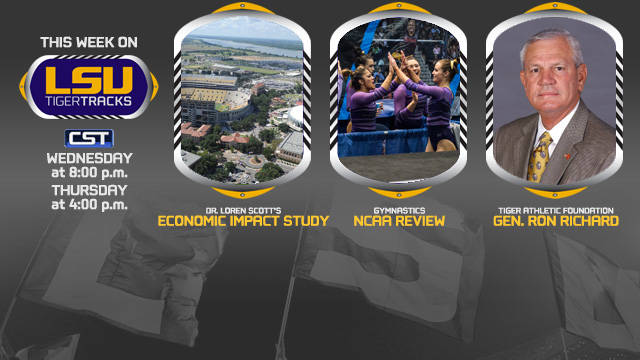 BATON ROUGE, La. – This week’s edition of LSU Tiger Tracks, a program highlighting various aspects of the university and its athletic department, can be seen at 8 p.m. Wednesday and 4 p.m. Thursday on Cox Sports Television.

The show continues with a visit to the studio from the president of the Tiger Athletic Foundation, Gen. Ron Richard, who discusses the significance of Dr. Scott’s study, the upcoming TAF Tiger Tour and facilities improvements with the LSU athletic complex.

LSU Tiger Tracks also features a review of the 2014 NCAA Gymnastics Championships in which LSU placed third, the best finish in school history.