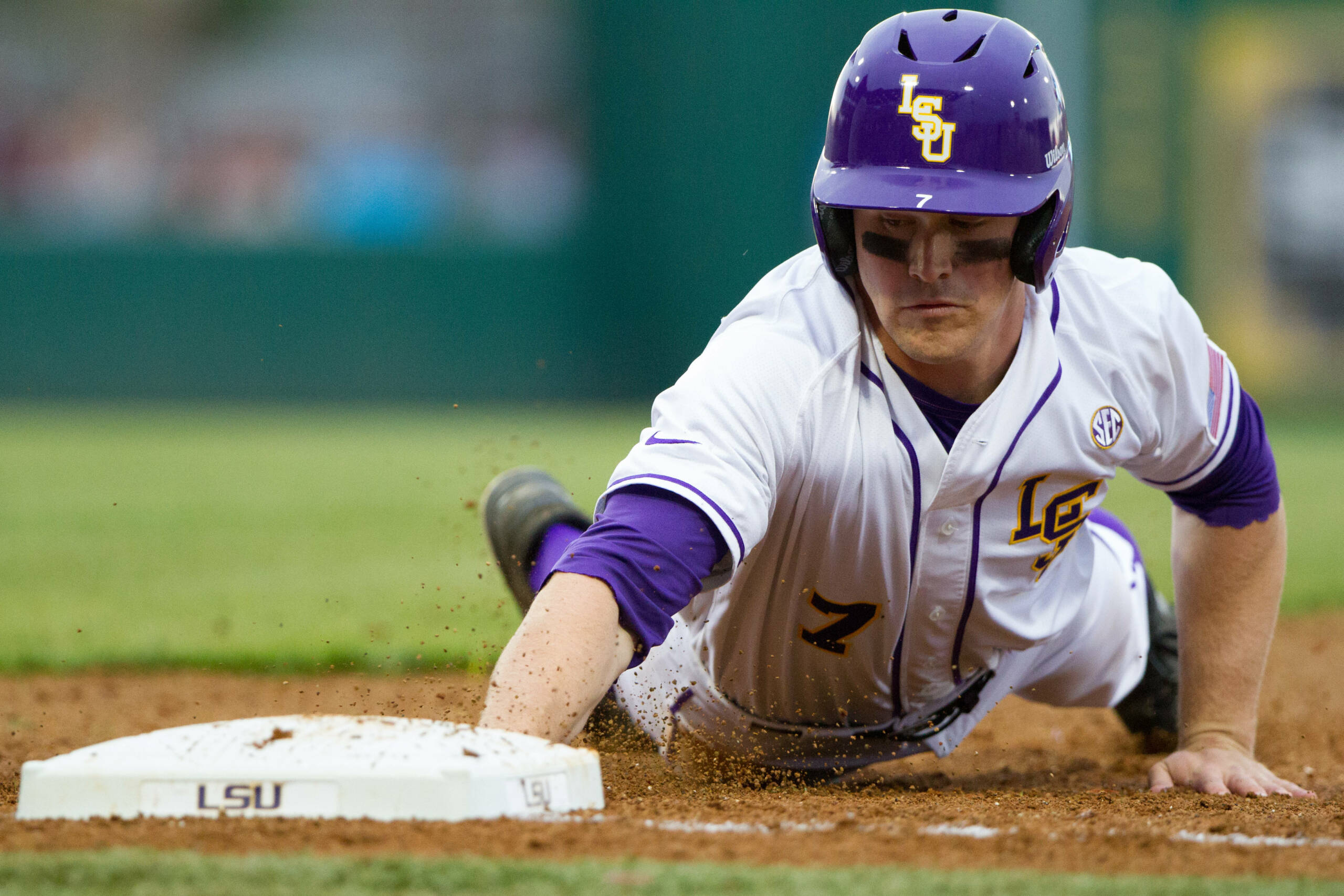 The H. Boyd McWhorter Scholar-Athlete Post-Graduate Scholarship has been presented by the SEC since 1986 to the league’s top male and female scholar-athletes.

McMullen is a kinesiology major with a scheduled graduation date of May 2014. He was named the 2013 Tiger Athletic Foundation (TAF) Male Scholar Athlete of the Year, the 2013 SEC Academic Honor Roll and the 2013 Spring and Fall Dean’s lists during his career. McMullen is a member of Phi Kappa Phi National Honor Fraternity and Phi Sigma Theta National Honor Society.

McMullen has served as LSU’s leadoff hitter for a majority of the last two seasons, and the Tigers have won 57 of 72 games with McMullen at the top of the lineup. He has garnered a .275 batting average, and 19 of his 38 hits have gone for extra bases this season. The Metairie native has connected for four home runs and 26 RBIs which are tied for the team lead in both categories. McMullen produced a .314 hitting clip, 18 doubles, two homers, 30 RBIs and scored 26 runs during LSU’s run to the 2013 Men’s College World Series.

Heyward graduated in August 2013 with a sociology degree and scheduled to graduate with her Master’s in Psychology this spring. She was the 2013 recipient of the Eye of the Tiger award for overcoming adversity at the academic gala. Heyward created a support group, You Are Not Alone (YANA), after experiencing the loss of her mother to cancer where LSU student-athletes help middle and high school students cope with the loss of a loved one.

Heyward, a three-time SEC Academic Honor Roll and two-time NFCA All-American Scholar Athlete pick, has played in 177 games with 135 starts to her credit. She is one of 36 players in program history to reach 100 career hits. The Sacramento, Calif., native has earned a spot on the 2012 NCAA College Station All-Regional Team and was a member of the 2011 All-SEC Freshman Team. She knocked a three-run double during LSU’s 3-1 victory over No. 9 Missouri in the deciding third game of the 2012 NCAA Columbia Super Regional to punch the program’s ticket to the 2012 Women’s College World Series.

The SEC will name the 2014 recipients of the H. Boyd McWhorter Scholar-Athlete Post-Graduate Scholarship on May 6. The award recipients are chosen by a committee of Faculty Athletics Representatives from the 14 SEC institutions and are honored at the SEC Spring Meetings in Sandestin, Fla., in late May.