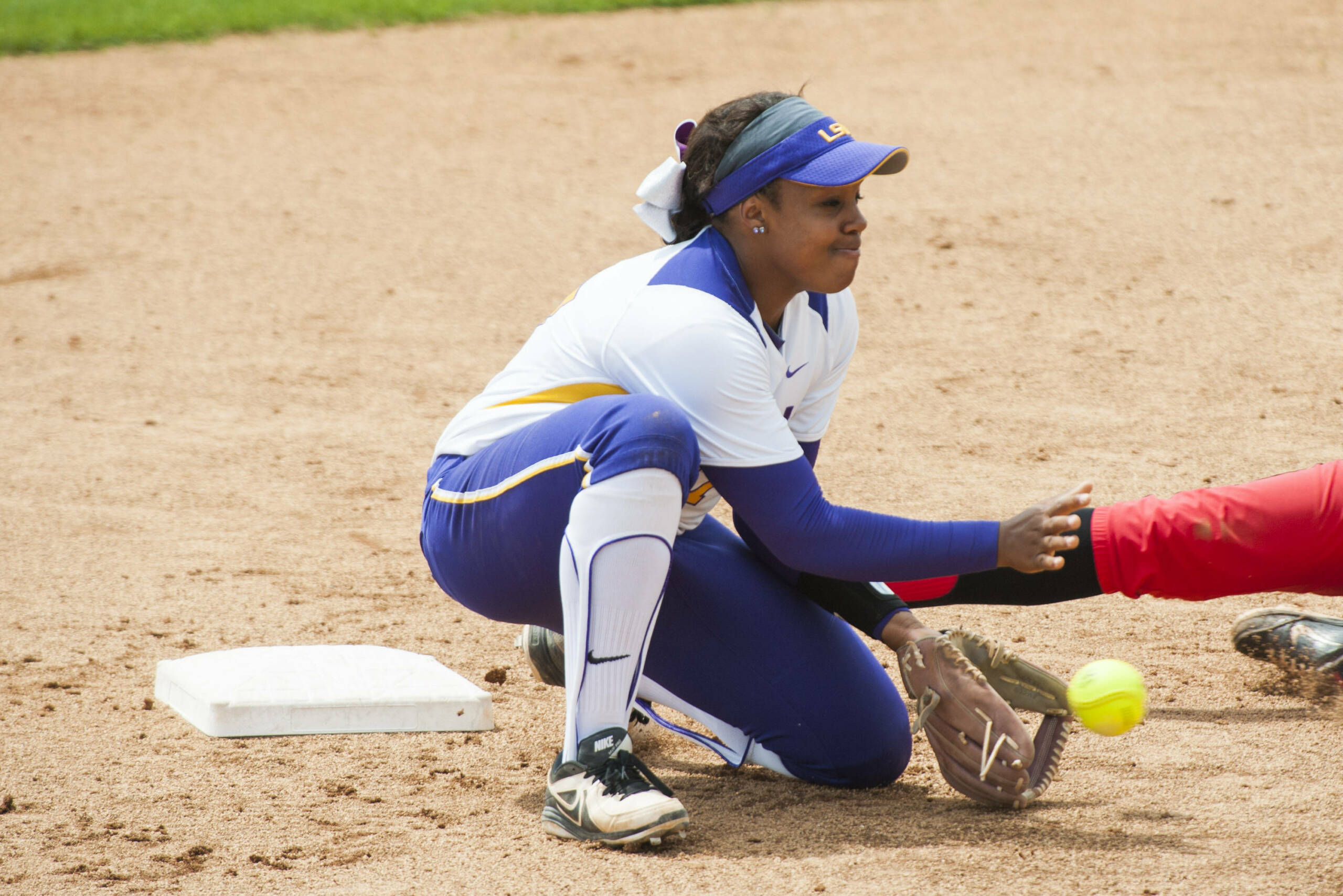 COLUMBIA, S.C. – A day after combining for 27 runs and 32 hits, the LSU softball team struggled offensively while the South Carolina Gamecocks cruised by scoring four runs in the first two innings and four in the fourth to defeat the Tigers, 8-0, Sunday afternoon in the series finale between the two teams at the Carolina Softball Stadium in Columbia.

After scoring double-digit runs in each of the last three league games, LSU (27-20, 8-10 SEC) was held without a run and to just four hits on the afternoon in the loss, snapping the team’s four-game Southeastern Conference winning streak in the process.

Sahvanna Jaquish, Bianka Bell, Kellsi Kloss and Tammy Wray each earned a hit on the afternoon, as the team earned just two walks while striking out twice.

The Gamecocks were a much different team than the one that showed up on Friday and Saturday, exploding for 11 hits against LSU pitching and scoring eight runs in just four innings of work led by Victoria Williams and Chelsea Hawkins who each went 3-for-3, as Williams had three RBI for South Carolina.

Nickie Blue improved to 16-7 on the season for USC as she struck out three and walked two in the complete-game effort.

Three consecutive singles by South Carolina spelled trouble for the Tigers early, as the Gamecocks went up 1-0 before LSU earned the first out of the bottom of the first inning. Another single after the out loaded the bases, with a shot through the left side making it 3-0 Gamecocks. Fortunately LSU stopped the bleeding by throwing out the lead runner at home plate and a grounder to first.

LSU finally got the offense going in the top of the second, as Kloss singled to right to take first. Sandra Simmons drew a walk to put two on, as Allison Falcon was the first out on an infield popup to short. Wray singled between two defenders out in right to load the bases for the Tigers, but a grounder to first forced out Kloss at home for the second out, with a strikeout ending the inning.

The Tigers had another opportunity to at least get something going to cut the Gamecock lead as Blades got on with a walk to start. A grounder by Jaquish forced out Blades at second, but a single by Bell put two on for LSU. A pop up to second was the second out, but an error in the infield loaded the bases for another chance at a score but a liner directly to first bases ended another LSU threat.

South Carolina scored two more runs on a two-RBI single up the middle to extend the Gamecock lead to six in the bottom of the fourth inning, earning two more with a pitching change in between to go up eight.

LSU will be back in action on Wednesday, hosting South Alabama at Tiger Park in Baton Rouge at 6 p.m.