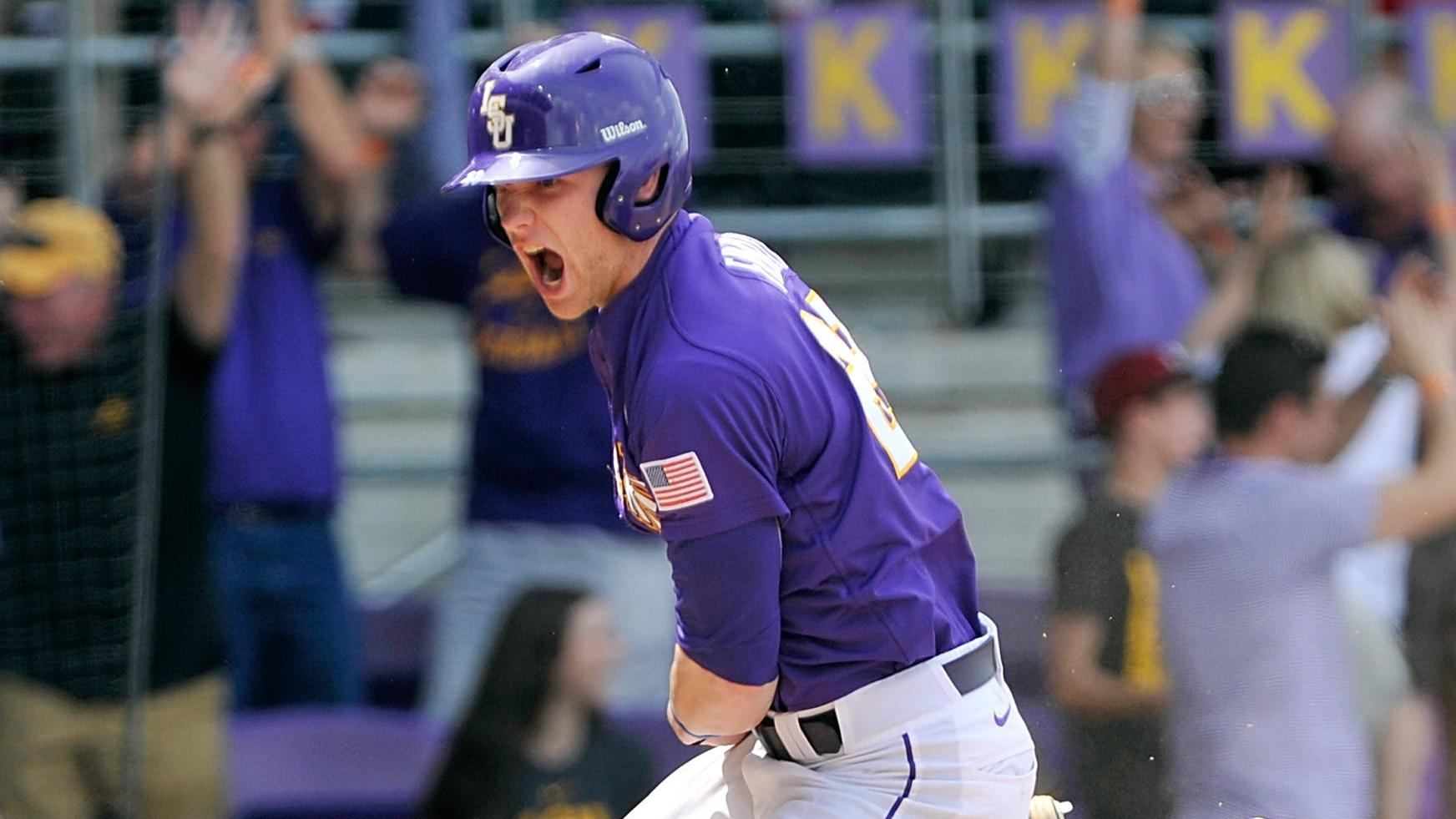 Hale was 3-for-5 at the plate, including a double, and scored the winning run for the Tigers in the top of the 13th.

The teams resume the series at 6:30 p.m. Friday. The game will not be televised, but it can be heard on the LSU Sports Radio Network. Freshman left-hander Jared Poche’ will start on the mound for LSU, while the Rebels will counter with sophomore left-hander Christian Trent.

“I’m extremely proud of the way our team competed in a very tough environment,” said LSU coach Paul Mainieri. “This was a real test of character, and our players came through with a tremendous victory. Ole Miss was undefeated in SEC games at home, and it takes a great effort to win here. What we have to do now is build on the momentum created by the win tonight and continue it through the rest of the series.”

Hale lined a one-out double in the top of the 13th  against Ole Miss reliever Josh Laxer before third baseman Christian Ibarra walked. Second baseman Danny Zardon hit a sharp grounder that was misplayed by Rebel shortstop Errol Robinson, allowing Hale to score from second base with the go-ahead run.

LSU reliever Kurt McCune earned his second save of the season, as he retired the side in order in the bottom of the 13th.

Ole Miss grabbed a 1-0 lead in the second inning when first baseman Sikes Orvis led off with a solo homer, his ninth of the season, against LSU starter Aaron Nola.

The Tigers tied the game in the third when Hale walked, moved to third on a single by third baseman Christian Ibarra and scored on leftfielder Sean McMullen‘s sacrifice fly.

The Rebels tied the game at 2-2 in the eighth on catcher Will Allen’s RBI groundout.

The contest remained deadlocked until the top of the 11th, when LSU pinch hitter Jake Fraley delivered an RBI single to score Hale, who had led off the inning with a single.

Ole Miss, however, extended the game in the bottom of the 11th with an unearned run against LSU closer Joe Broussard. Designated hitter J.B. Woodman’s sacrifice fly knotted the score at 3-3.

Nola worked 7.2 innings for the Tigers, allowing two runs on eight hits with two walks and seven strikeouts. Broussard, Parker Bugg and McCune were excellent  in relief, combining to hold Ole Miss, the SEC’s top-hitting team, to one unearned run on one hit over the final 5.1 innings.

Laxer (2-2) was charged with the loss as he surrendered one unearned run on three hits in two innings with two walk and one strikeout. Ole Miss starter Chris Ellis pitched eight innings, allowing two runs – one earned – on eight hits with two walks and six strikeouts.