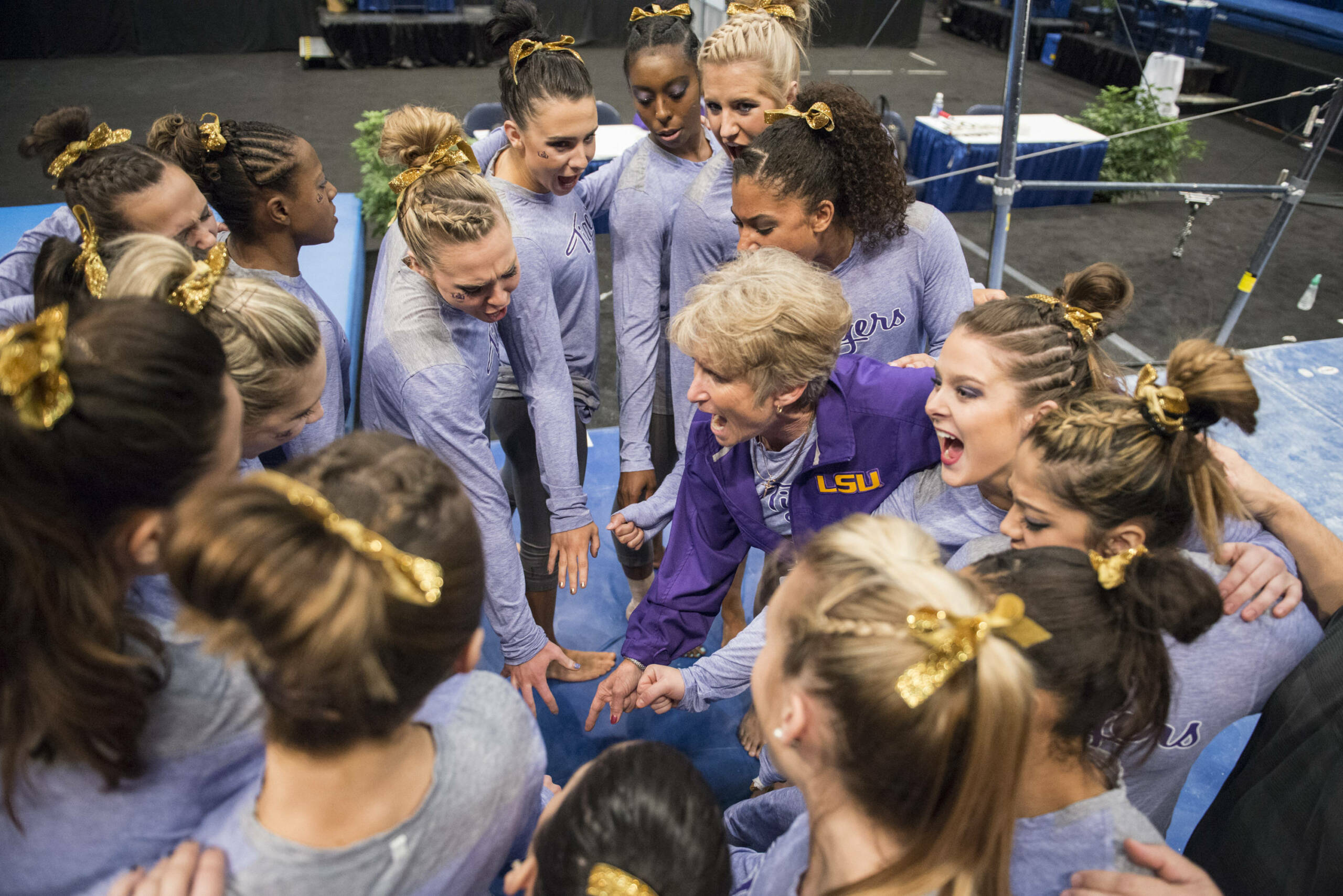 BIRMINGHAM, Ala. – The third-seeded LSU gymnastics team will compete for a spot in the NCAA Super Six Finals for the second straight season and fourth time overall when the Tigers take on five other teams in NCAA Semifinal I at 1 p.m. CT Friday in BJCC Arena.

LSU (20-5) will square off against No. 2 Oklahoma, No. 6 Georgia, No. 7 Michigan, No. 10 Stanford and No. 11 Illinois in the semifinal, and the top three teams will advance to compete for a national title in the Super Six at 6 p.m. on Saturday.

Live audio of the semifinal will be available free of charge in the Geaux Zone at www.LSUsports.net/live with Mike Smith and Shelby Prunty set to call the action.

Live video of both semifinals will be provided online at www.NCAA.com/liveschedule. The Super Six on Saturday and the Individual Event Finals on Sunday will be streamed live on ESPN3.com.

LSU enters the semifinal brimming with confidence after a record performance in the NCAA Regional in Baton Rouge where the Tigers posted the highest regional score in the nation with a school-record 198.325 that also ties for the highest score by anyone in the nation this season.

In the regional LSU established a school record on vault with a 49.650, and the Tigers earned the second-best beam total in program history with a 49.600 and the third-best floor total at 49.650.

LSU is making its 25th appearance all-time in the NCAA Championships, and the Tigers are seeking their fourth overall berth in the Super Six after qualifying in 2008, 2009 and 2013.

LSU will begin the semifinal on the bye before floor and rotate to floor, vault, bye, bars and end on beam.

Georgia will have Olympic rotation and start on vault, while Illinois will begin on the bye before bars, Michigan will start on bars, Oklahoma will be on beam and Stanford will open on floor.

LSU is 1-1 this season against Oklahoma after defeating the Sooners in Norman, Okla., and falling to them in the Metroplex Challenge. The Tigers are also 1-1 against Georgia, falling in Athens, Ga., and beating the Gym Dogs at the SEC Championship.

LSU is 1-0 versus Stanford after beating the Cardinal at the NCAA Regional, and this will mark the first meeting of the season against Illinois and Michigan.

Fans can connect with the team by following the Tigers on their social media outlets: www.Facebook.com/lsugym, @LSUgym on Twitter and @LSU_gym on Instagram.