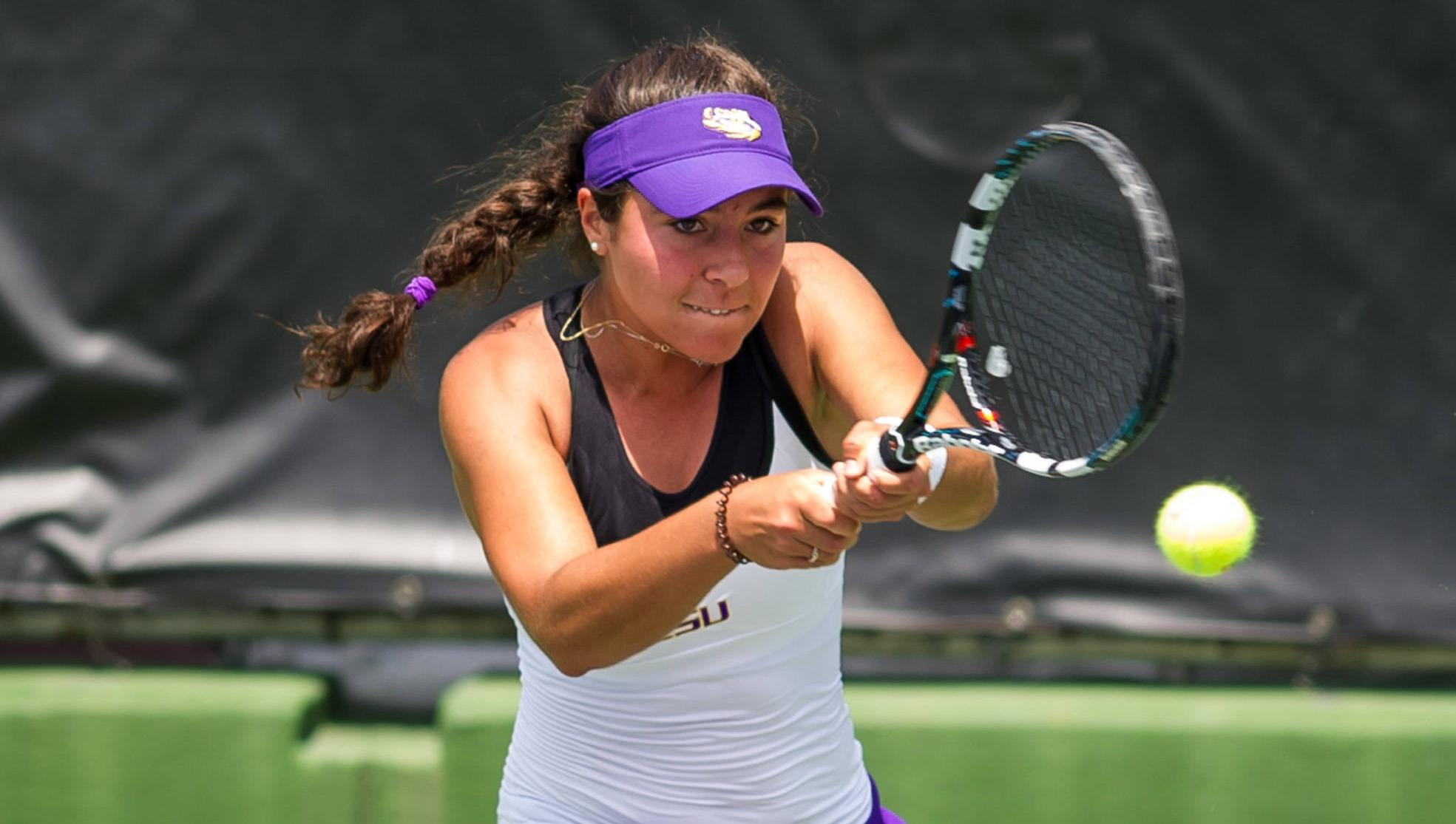 COLUMBIA, Mo.  – Joana Vale Costa garnered her third victory over a ranked opponent to clinch the match as the LSU women’s tennis team defeated sixth-seeded and 26th-ranked Tennessee 4-0 on Thursday afternoon in the second round of the SEC Tournament at the Mizzou Tennis Complex.

“I told the girls before the match that they just need to look at this as an opportunity,” said LSU head coach Julia S. Sell.  “All year long, we’ve been close.  We’ve been close in every match and we’ve been fighting to show everybody what we can do.  I’m just so happy for them that they get to reap the rewards and feel the benefit of their hard work.  We earned our stripes today.”

The victory marks the highest ranked opponent that LSU (14-12) has defeated while under Sell.  Additionally, this is the first time the Lady Tigers have defeated a Top 30 opponent since LSU defeated No. 27 South Carolina on March 6, 2011.

“I think from day one, with that initial recruiting class and all the changes with the character and the talent level, you can visibly see the changes that are going on [in the program],” said Sell.  “I know as far as the staff and the girls that we have in the program now, they’ve always felt it. They believe in the direction of the program and they can see it and feel it, but to put it down on paper and see an achievement like this just brings it to life.”

LSU avenged a 4-3 decision to Tennessee during the regular season on April 6. The outcome of this match was different as five courts saw LSU players win the first set after the Lady Tigers took the doubles point. LSU then dominated the rest of the match as they won three straight singles courts to deal the Lady Vols their seventh shutout loss of the season.

On court one, Vale Costa faced Eve Repic, whom she had lost to during the regular season match.  This time, the match took a different direction. The LSU freshman took an early lead and never looked back as she defeated Repic 6-4, 6-2 to clinch the match for the Lady Tigers.

“Joana [Vale Costa] has had some injuries lately to where she has just gone out there and braved it out for us, but she wasn’t 100 percent,” said Sell.  “The last time we played Tennessee was one of those days, but she’s finally feeling better.  She’s so fired up right now to go and play and compete.  She loves a battle. She wanted some revenge today.”

The Lady Tigers split the first two doubles courts for the second match in as many days.  Skylar Holloway and Ella Taylor bested Brittany Lindl and Victoria Olivarez 8-4 on court three to start the match.  Abigail Owens and Gabrielle Otero then fell to Eve Repic and Laurence Guevremont 8-6 on court two.

Noel Scott and partner Vale Costa, playing on court one, overcame a 5-1 deficit to defeat No. 56 Joanna Henderson and Caitlyn Williams 8-6 as the Lady Tigers took the doubles point.

In singles, after winning the first set 6-0 and being up 2-0 in the second set over Williams, LSU’s Scott won the match by retirement to push the lead to 2-0.  Lady Tiger Otero then pushed her winning streak to three matches as she topped Olivarez 6-1, 6-3 before Vale Costa clinched the match.

First serve for Friday’s quarterfinal matchup with the Bulldogs is slated for 11 a.m. CT at the Mizzou Tennis Complex in Columbia, Mo.