Softball at Fordham Called Off Due to Rain 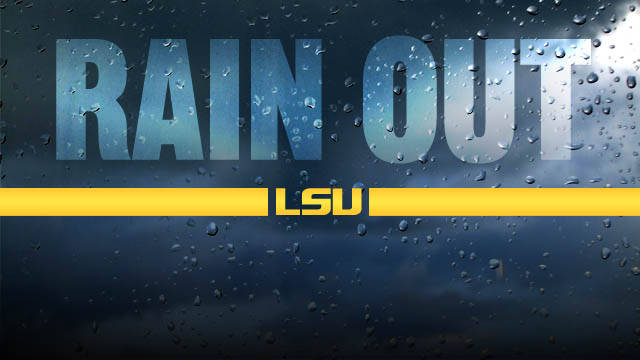 BRONX, N.Y. – Despite reports saying that the game would not be played at all, the LSU softball team and Fordham Rams managed to get a few innings in during their scheduled contest Tuesday afternoon at Bahoshy Field, but the game was called in top of the fourth due to heavy rains and field conditions tied at 3-3 resulting in a no-contest.

Since the game did not go the required amount of innings to be considered a regulation contest, none of the stats will count and records will remain unchanged even though there were two outs and two runners on in the inning.

After having a runner reach in each of the first two innings, with one out in the top of the third Bailey Landry earned an infield single and the Tigers struck the biggest blow of the game up until that point and Bianka Bell drilled a screamer to center that cleared the fence to give LSU a 2-0 lead.

A pair of walks in between a fly out to right field proved to be costly for Selman in the bottom of the third, as Elise Fortier did one better than the Tigers in the previous inning and gave the Rams the lead with a home run of her own to make it 3-2 to end Selman’s afternoon.

Sandra Simmons reached base after an error at first to open the fourth, as Allison Falcon bunted to advance the Tiger first baseman to second and put two on for LSU. Tammy Wray put down a textbook sac bunt to put both in scoring position. In to pinch hit, Dylan Supak hit a deep enough fly to left to score Simmons to tie the game at 3-3 with Falcon moving to third. A.J. Andrews was hit to put runners at the corners, but after the play the coaches and officials met on the field to decide that the field was unplayable and called the game over.

LSU will take on the Hofstra Pride on Wednesday afternoon in a doubleheader beginning at 3 p.m.