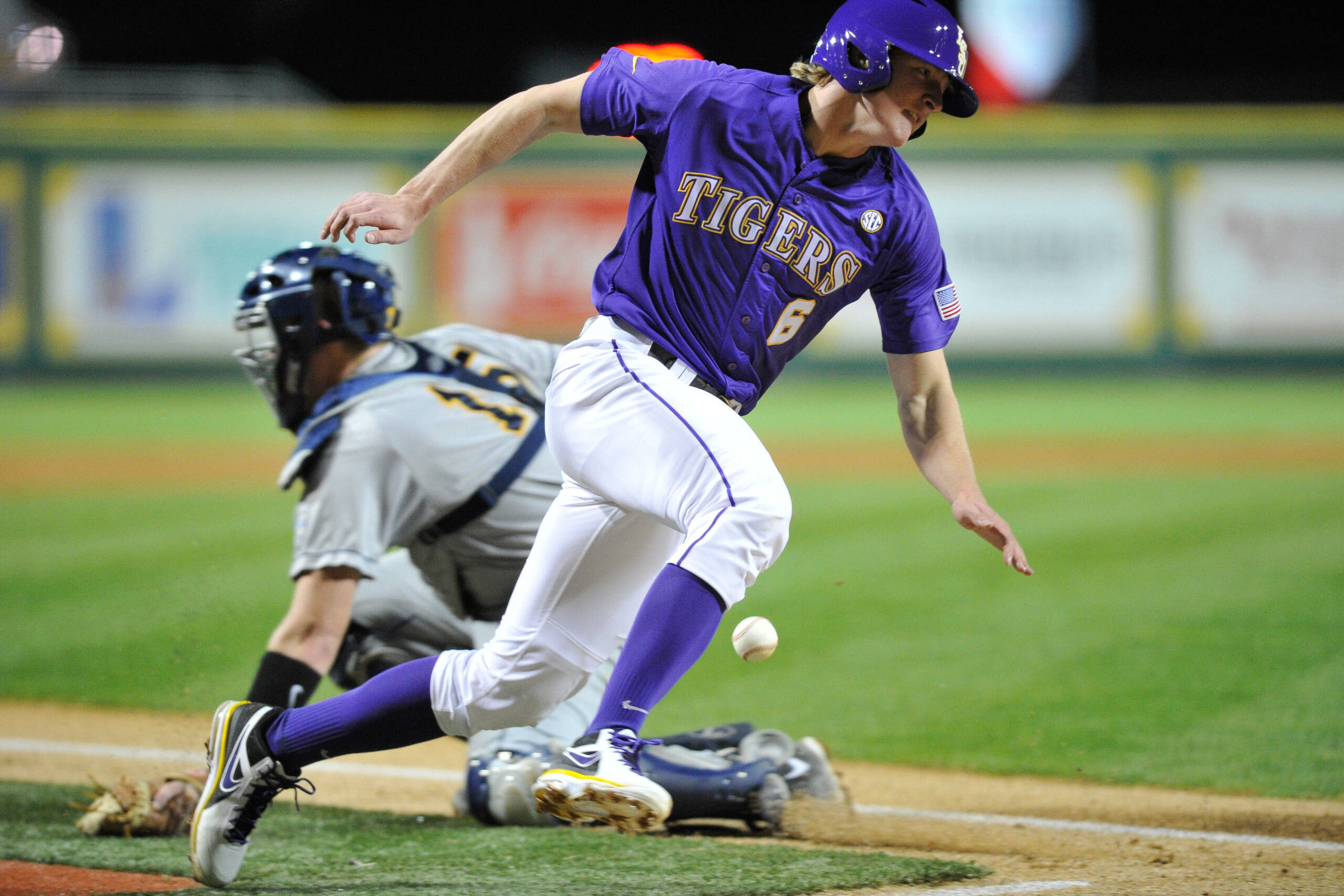 LSU travels to Oxford, Miss. to face Ole Miss beginning Thursday at 6:30 p.m. The game will be televised on ESPNU. Fans can listen to the game on the LSU Sports Radio Network (98.1 in Baton Rouge).

“This was a good night for us, we got to use a lot of players and we generated some offense,” said LSU coach Paul Mainieri. “It was tough to play in the very cold, very windy conditions we had tonight, but our players overcame it and did a nice job. Hopefully, this give us some momentum heading into the weekend, because we’re facing a tremendous challenge at Ole Miss. They’re probably the most balanced club in the SEC, and they’re especially tough to beat in their ball park.”

LSU led off the first inning Tuesday with back-to-back singles by Sean McMullen and Mark Laird. Shortstop Alex Bregman then hit an RBI single into shallow centerfield to plate McMullen. With two outs, Conner Hale reached base on a fielder’s choice and Bregman scored from second. Centerfielder Andrew Stevenson then hit an RBI single to right field to score Jake Fraley and make it a 3-0 game.

The Golden Eagles tied the game in the top of the second on a three-run home run by catcher Austin Roussel off of LSU starter Alden Cartwright.

Second baseman Kramer Robertson led off the second inning by reaching first on an error by the third baseman, Tim Lynch. Laird then hit an RBI single through the first baseman to plate Robertson. After Laird moved to second on a wild pitch, Bregman hit an RBI double over the left fielder’s head to make it a 5-3 game.

Southern Miss responded in the third inning. Breck Kline and Michael Sterling hit a single and double respectively to lead off the inning. Tim Lynch then hit an RBI single to center field to plate Kline. With the bases loaded, reliever Nate Fury walked Austin Roussel to tie the game.

In the bottom of the third, Southern Miss’ Jake Winston walked Mark Laird with the bases loaded to score Conner Hale.

LSU took a 10-5 lead in the fourth inning. With the bases loaded, Fraley scored on a wild pitch. Third baseman Christian Ibarra then hit a double over the center fielder’s head to plate Hale and Stevenson. McMullen hit a sacrifice fly to right field to score Ibarra.

The Tigers added three run in the bottom of the seventh to make it 13-5. With the bases loaded, Southern Miss reliever James McMahon walked the bases loaded to score Laird. Ibarra then hit an infield single to score

Reliever Henri Faucheux (3-0), the third of seven LSU pitchers, was credited with the win as he worked 1.1 innings and allowed no runs with no hits.

USM reliever Jake Winston (3-3) was charged with the loss as he surrendered five runs on five hits in 1.1 innings with two walks and two strikeouts.