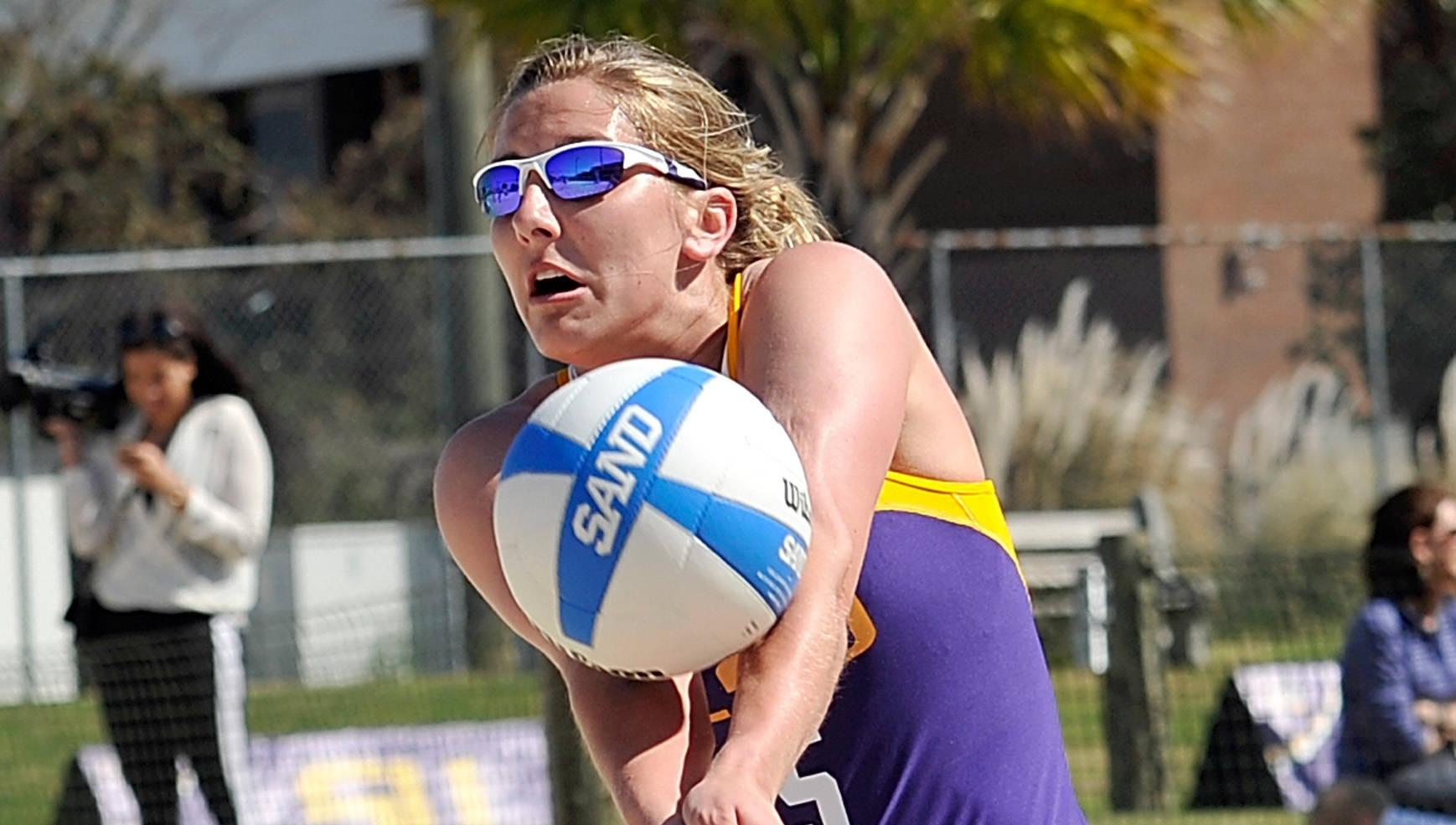 “It was a great day for the teams today,” associated head coach Russell Brock said. “After a bit of disappointments yesterday, we knew that the task for today was just to come in, play hard and win all our matches. We would have loved to have been in the gold bracket, but that was out of our control. Both teams played some really good volleyball today, and they were so fun to watch. Both teams had to overcome third-set challenges and really did such a great job finishing.”

Meghan Mannari and Katie Lindelow started off the day against Florida Atlantic’s Daija Sataric and Lauren D’Amato and tallied a dominating 21-8, 21-10 victory, marking the pair’s second 2-0 win against the Owls’ pair.

Kaitlin Hatcher and Helen Boyle kicked off competition against Jacksonville’s Kendall Courtney and Niatha Cullen. After falling 21-15 in the first set, the duo retaliated to take a 21-17 second set and a close 15-12 third-set victory for an overall 2-0 record against the pair.

LSU’s No. 2 pair of Boyle and Hatcher faced UAB’s Sara Rishell and Rachel Fairbanks in the quarterfinals and secured a quick 21-16, 21-15 win to advance into the semifinal round.

The semifinals saw competition between Mannari and Lindelow and College of Charleston’s Melissa Morello and Cara Howley. LSU’s top-spot duo pulled away quickly against the Cougars for a dominating 21-11, 21-14 victory to advance into the finals.

LSU’s second-ranked pair of Boyle and Hatcher took on Grand Canyon’s Mackenzie Phelps and Kelli Dallmann in the semifinals and faced a 21-10, 21-15 loss.

“Kaitlin and Helen ran into a really solid team in the semifinals and just didn’t have enough left to win that match,” Brock said. “Overall, they played really well, and I’m very proud of their execution and their fight.”

Mannari and Lindelow wrapped up the day against the Antelopes’ Phelps and Dallman in the final round of competition, and LSU’s pair recorded a 23-21 first-set win. Grand Canyon followed with a 19-16 second set, and Mannari and Lindelow fought back with a 15-12 third set to take the match and the Silver bracket championship title.

“I can’t say enough about Meghan and Katie’s run,” Brock said. “Their toughest matches in the second round and the finals were both three-set comebacks against really good teams. They have struggled at times with their three-set matches, so to have them win two today and clinch the bracket championship in the third set was really rewarding to see. They were so impressive, and their play caught a lot of people’s attention over the last two days.”

LSU will take on its next competition Wednesday as the Tigers travel to face UL-Monroe. The Tigers opened their inaugural season against the Warhawks and faced a close 3-2 loss that came down to a 15-10 third set on court three.