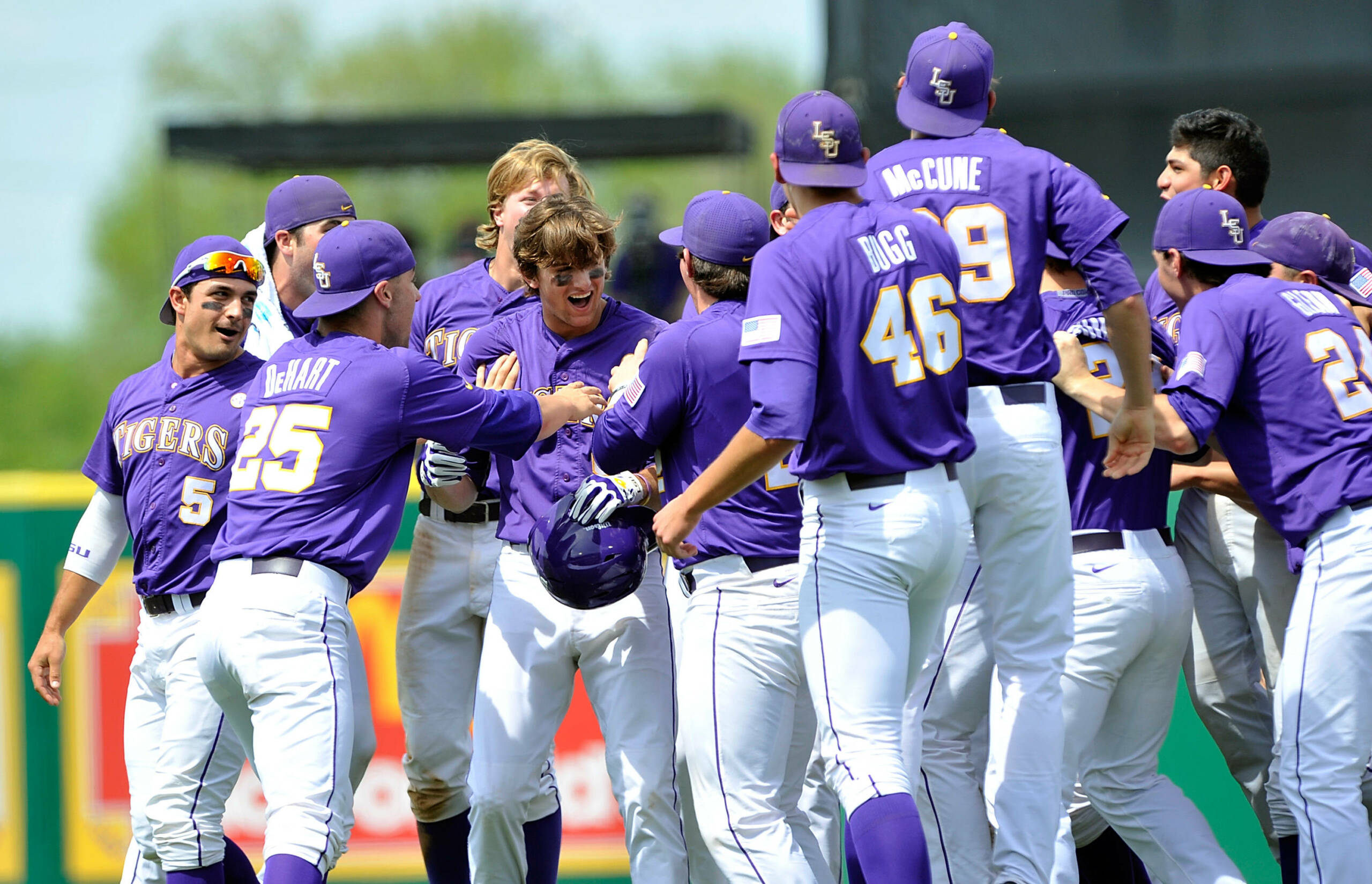 With two outs and runners on first and second, Laird hit the game winning RBI off of pitcher Michael Gunn to score Fraley.

Game 3 between the Tigers and Razorbacks begins at 1 p.m. on Sunday. The game will be televised by Cox Sports Television and can be heard on the LSU Sports Radio Network (98.1 in Baton Rouge). Members of the Geaux Zone can access live video and audio at LSUSports.net/live.

“It wasn’t our most crisply played game, but the resiliency of our players is the most important factor,” said LSU coach Paul Mainieri. “We all had the utmost confidence in Mark Laird in the ninth inning. He sticks his nose in there and competes, and that liner into left field was a thing of beauty.”

Arkansas responded in the fifth inning to cut the LSU lead to 4-2. First baseman Eric Fisher started off the inning with a solo home run to right field against LSU starting pitcher Jared Poche’. With runners on second and third, left fielder Joe Serrano hit a sacrifice fly to score shortstop Michael Bernal.

The Razorbacks added another run in the sixth inning when Fisher hit a sacrifice fly to right field to plate pinch hitter Clark Eagan.

With runners on first and second in the seventh inning, Arkansas executed a double steal. Chinea threw the ball over third baseman Christian Ibarra‘s head to allow Andrew Benintendi to score and tie the game at 4-4.

LSU’s Joe Broussard (1-0) earned the win after entering the game in the ninth inning. Broussard struck out one of the two batters he faced.

Arkansas reliever Michael Gunn (1-1) was charged the loss after entering the game in the ninth inning. Gunn walked two and gave up the game-winning hit to Laird.