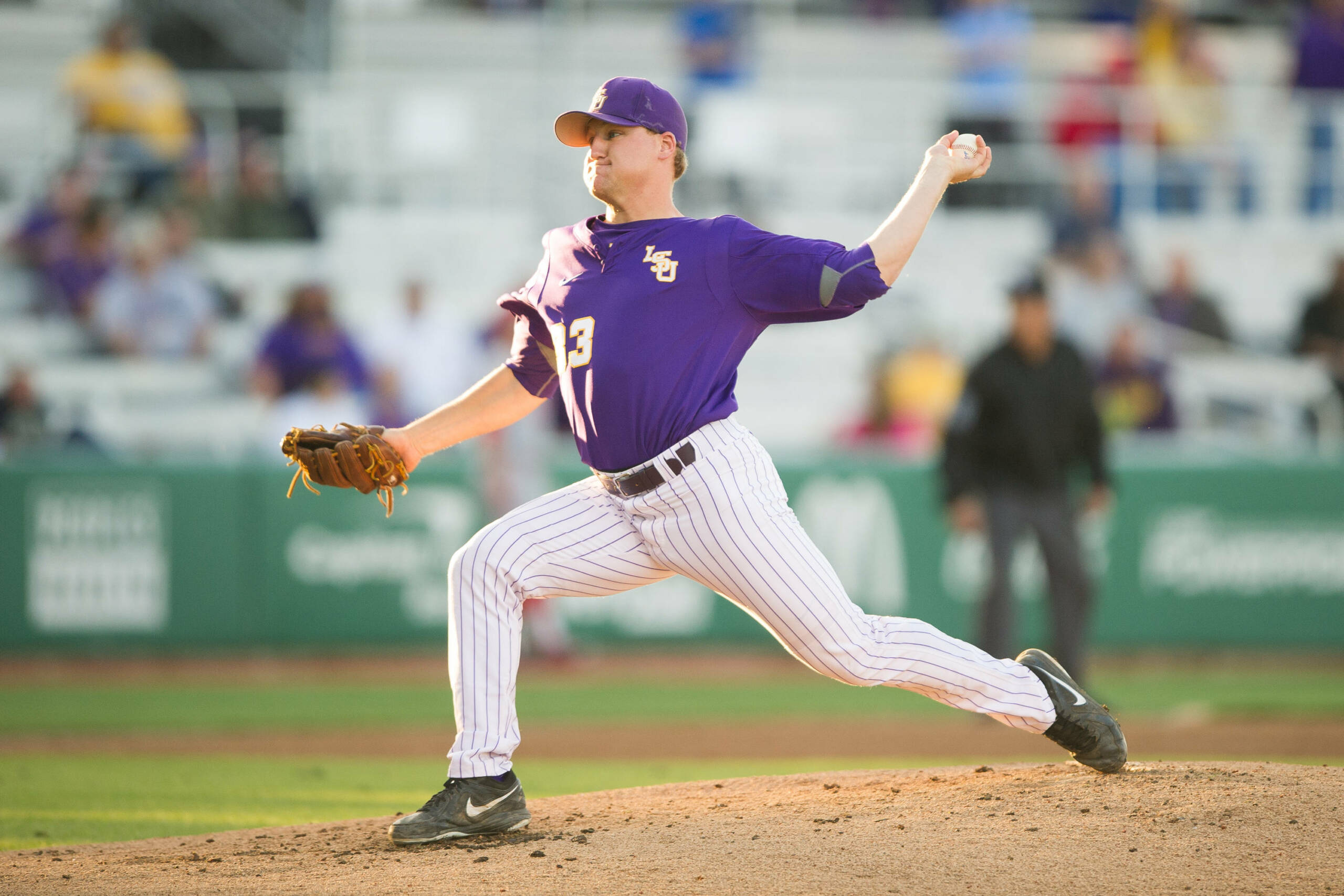 LSU (25-8-1) faces No. 24 Arkansas in a three-game series beginning Friday at 7 p.m. All three games will be televised, including Saturday’s game at 12 p.m. on ESPN 2. The games can be heard on the LSU Sports Radio Network.

The 11th shutout of the season Wednesday night broke the school record of 10 shutouts set by the 1996 LSU squad.

“I’m so proud of our pitching staff for what they have accomplished for far this season,” said LSU coach Paul Mainieri. “Going into the season, pitching was an area concern because seven of our pitchers from last season graduated or moved on to professional baseball. We don’t have a lot of power arms on this staff, but (LSU pitching coach) Alan Dunn does such a phenomenal job with our pitchers and get the absolute most from them.

Junior left-hander Henri Faucheux (2-0), the first of nine hurlers,  earned the win for LSU after two innings of work in which he allowed two hits and recorded two strikeouts.

“We only had four hits tonight, but I thought our players really competed and swung the bats well,” Mainieri said. “We executed a couple of beautiful hit-and-runs, we were successful moving runners most of the night, and we had a lot of hard-hit balls right at their fielders. Overall, I thought we played a solid game that prepared us for the weekend.”

LSU designated hitter Sean McMullen scored on an RBI groundout by shortstop Alex Bregman in the bottom of the first.

In the second inning, second baseman Kramer Robertson hit a sacrifice fly to left field to score centefielder Andrew Stevenson. First basemanTyler Moore scored from second after an error by Lamar first baseman Brandon Provost to make it a 3-0 game.

In the fifth inning, catcher Kade Scivicque led off with a walk. With one out, Stevenson doubled off the right field wall to score Scivicque. Moore then singled through the left side of the field to plate Stevenson and give the Tigers a 5-0 lead.