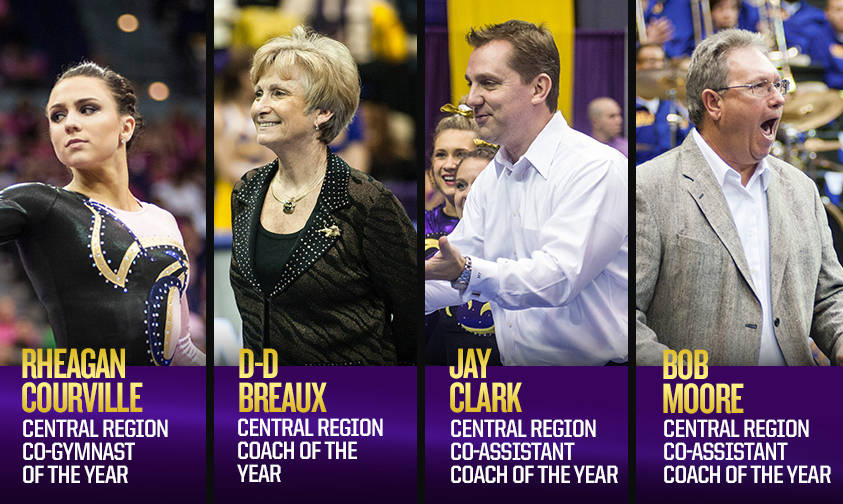 All four are repeat winners after each captured Central Region awards last season.

Courville earned the award for the second-straight year after leading the Central Region in the all-around standings and ranking second on vault, bars, beam and floor.

Breaux guided LSU (20-5) to the No. 3 overall national seed in the NCAA Championships and the 13th regional title in school history with a program-record 198.325 at the NCAA Baton Rouge Regional on April 5.

Moore coaches the team on vault where the Tigers have been ranked No. 1 nationally for six straight weeks with a school-record 49.506 season average, and all six vaulters rank among the Top 16 in the region. Clark oversees a bars lineup that ranks fifth nationally with a school-record 49.333 average, and all six bars workers rank in the Top 18 in the region, including Sarie Morrison at No. 1.

LSU is back in action at the NCAA Championships in Birmingham, Ala., when the Tigers compete in Semifinal I at 1 p.m. CT in BJCC Arena on April 18.

Tickets to the NCAA Championships are available for purchase by visiting www.gymnasticschamps.com.