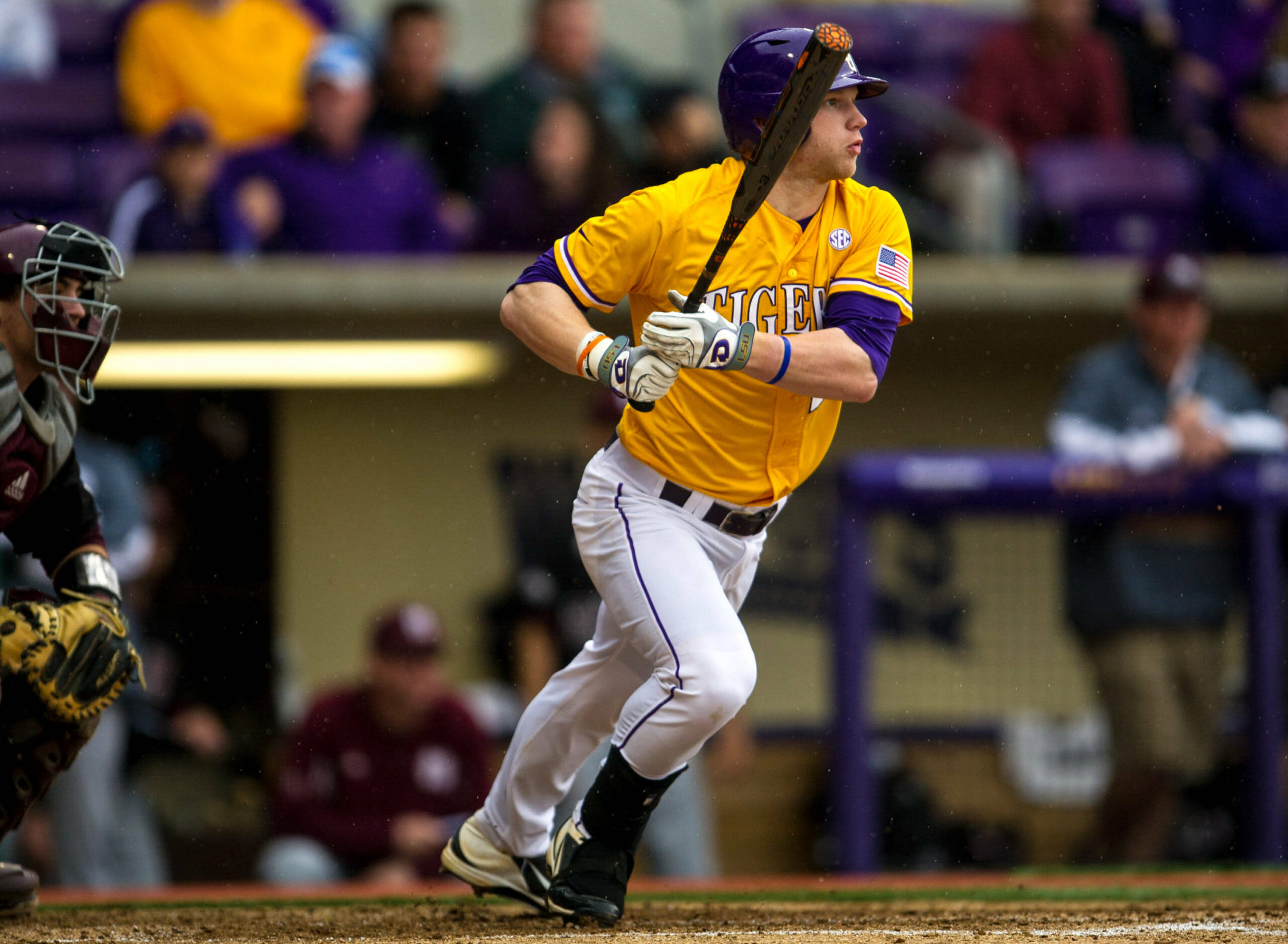 The Tigers return to action Wednesday at 6:30 p.m. to face Lamar. The game will not be televised, but it can be heard on the LSU Sports Radio Network. Members of the Geaux Zone can access live audio and video at LSUsports.net/live.

The 17 runs on Sunday marked the most for LSU in an SEC game since the Tigers scored 18 runs against Florida on May 4, 2013, in Baton Rouge. LSU collected 20 hits Sunday, marking the most hits in a league game for the Tigers since they had 23 at Mississippi State on May 16, 2009.

“I’m extremely proud of our players for earning this win today,” said LSU head coach Paul Mainieri. “It was a huge win for us because it gets us back above .500 in the league and puts us within striking distance of first place. Once we won the first two games this weekend, I knew it was important for us to play well today and our players certainly responded to the challenge.”

LSU starting pitcher Kyle Bouman, in his first start since March 15 at Vanderbilt due to an ankle injury, worked the first 3.1 innings of the contest, limiting the Bulldogs to one run on five hits with one walk and four strikeouts.

“Kyle wasn’t 100 percent, but he gave us everything he had,” Mainieri said. “I thought he did a tremendous job, especially since he hadn’t started a game in three weeks. Our bullpen was also excellent again today – when you can pitch and play defense, your offense is going to eventually come around and that’s how this game unfolded.”

Hudson got into trouble in the bottom of the first after loading the bases. With two outs, first baseman Tyler Moore singled to left field to plate rightfielder Mark Laird. Second baseman Conner Hale followed with an RBI single to center field to make it a 2-0 game.

LSU added two more runs in the bottom of the second. With the bases loaded again, Laird doubled down the left field line to score centerfielder Andrew Stevenson and DH Sean McMullen.

With two outs in the third inning, Stevenson hit an RBI single. McMullen followed with a two-run double down to make it a 7-0 game.

Mississippi State responded in the fourth inning with an RBI double by DH Gavin Collins to score leftfielder Jake Vickerson.  The Bulldogs added another run in the fifth on an RBI single by rightfielder C.T. Bradford to cut it to 7-2.

With the bases loaded in the fifth, Laird hit an RBI single to score third baseman Christian Ibarra. Shortstop Alex Bregman then hit a single up the middle for two runs.

In the bottom of the sixth, Ibarra blasted a solo home run to left field. Laird then notched his fourth RBI of the afternoon to score Stevenson. Mississippi State walked Bregman to load the bases before catcher Kade Scivicque blasted a grand slam to make it a 16-2 game.

Leftfielder Jake Fraley led off the seventh inning by reaching second on a throwing error by third baseman Matthew Britton. After moving to second on an infield single, Fraley scored on an RBI groundout by Stevenson.