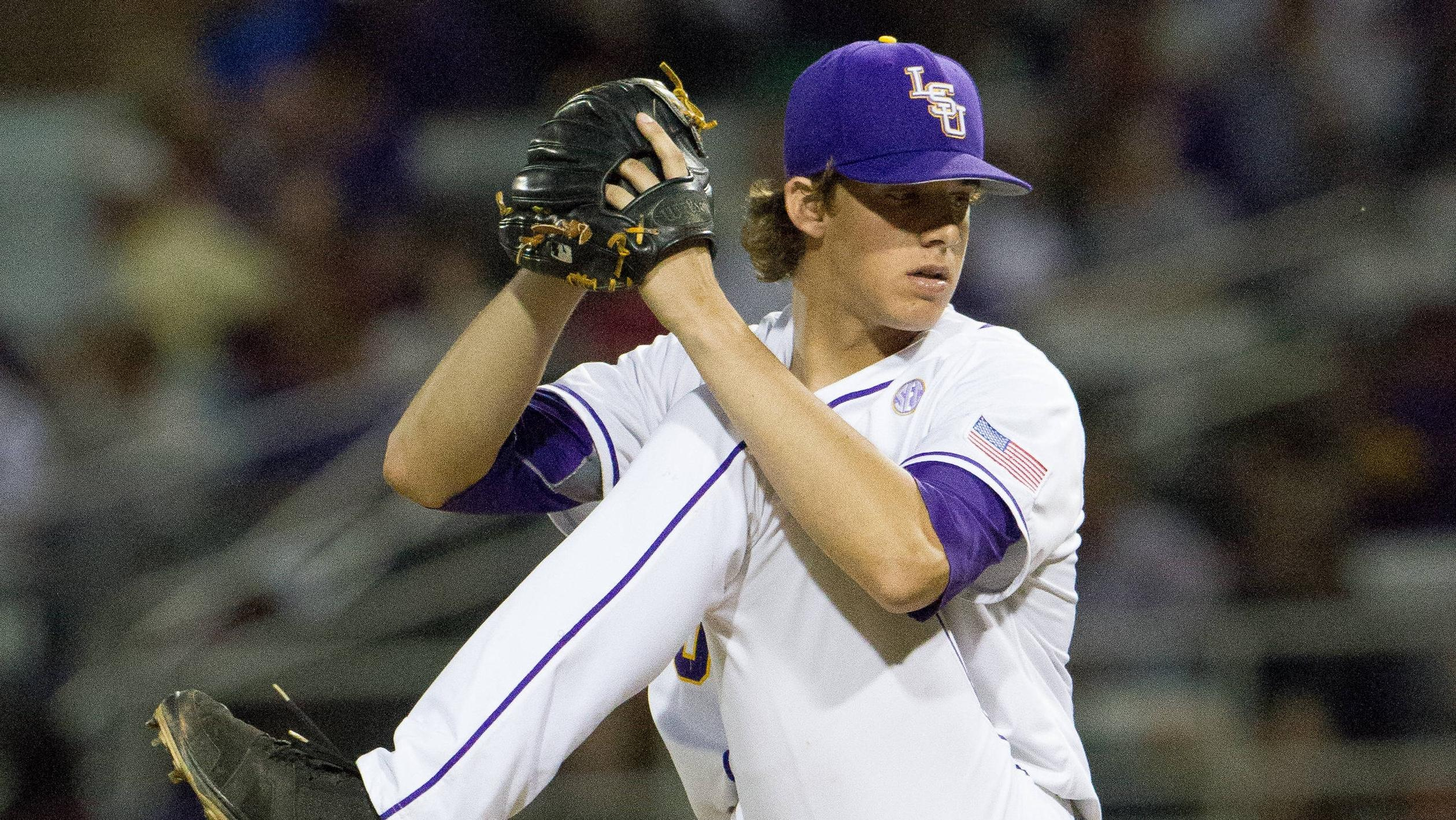 The teams will meet in Game 2 at 6:30  p.m. CT Saturday at Alex Box Stadium, Skip Bertman Field. The game will be televised by ESPNU, and it can be heard on the LSU Sports Radio Network, including Baton Rouge flagship WDGL-FM 98.1 FM.

Saturday’s game may also be viewed at WatchESPN, and live audio will be available in the Geaux Zone at www.LSUsports.net.

Freshman left-hander Jared Poche’ (5-2, 2.61 ERA) will start for the Tigers on Saturday, while junior left-hander Ross Mitchell (5-1, 1.55 ERA) is the scheduled starter for the Bulldogs.

Friday’s win marked the 10th shutout of the season for LSU, which ties the school record set in 1996.  Nola has been a part of six shutouts this season and 12 during his three-year career.

Nola improved to 6-1 on the year by limiting the Bulldogs to two singles in eight shutout innings with two walks and 10 strikeouts. He fired 116 pitches and reduced his season ERA to 0.47.

“Aaron Nola continues to raise his level of excellence with each outing,” said LSU coach Paul Mainieri. “I’m running out of words to describe how great this young man is. He is without a doubt the best pitcher in the country, and it’s truly a privilege to coach him.

“I’m glad we were able to get him some run support early and take some of the pressure off of him. We swung the bat pretty well and generated some offense early to take the lead. I thought we overall we played a very good ball game, and I was very pleased with the way our players competed.”

The Tigers’ first two runs came in the third inning.  Back-to-back triples by designated hitter Sean McMullen and rightfielder Mark Laird gave LSU a 1-0 lead. Shortstop Alex Bregman then singled through the left side to plate Laird and make it a 2-0 game.

LSU added a run in the fourth inning. With runners on second and third, McMullen flied out to left field to score catcher Tyler Moore.

Right-hander Joe Broussard earned his sixth save of the year after retiring the Bulldogs in order in the top of the ninth.

Mississippi State starter Trevor Fitts (2-2) was charged the loss after giving up two runs on four hits in two innings with one walk and one strikeout.