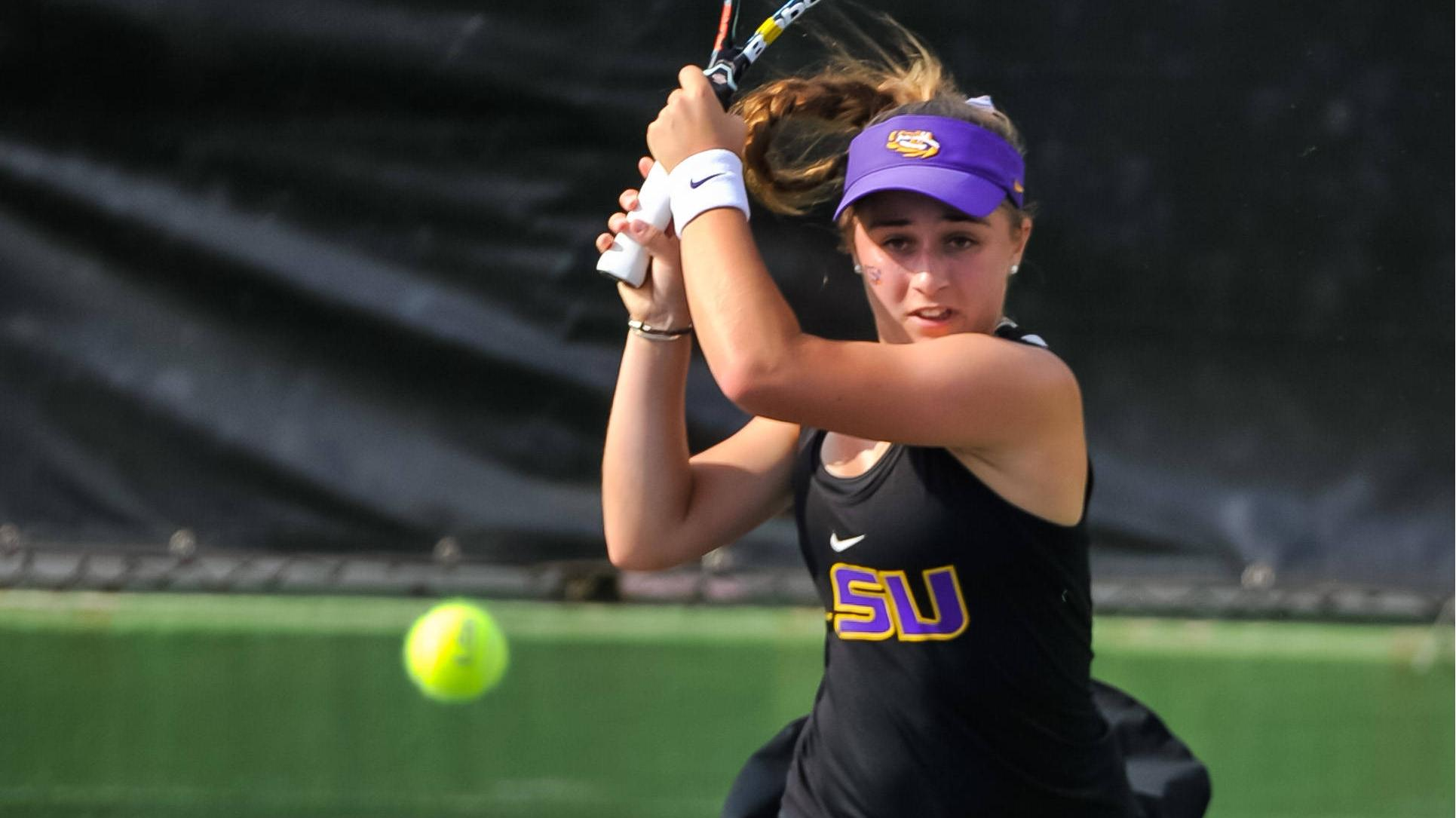 BATON ROUGE – Ella Taylor fell behind early in the first set but captured a victory to clinch the match as the No. 54 LSU women’s tennis team topped Tulane, 4-2, on Wednesday afternoon.

“I thought Tulane competed really well,” said LSU head coach Julia S. Sell.  “[We had a] very dramatic start in doubles.  I didn’t think we came out with the right energy.  But we adjusted and responded in singles, and we are happy to come away with the win today.”

Taylor went back and forth during the first set, but she settled in defeat Meredith Maltby 6-4, 6-1 to clinch the match for LSU.

In doubles, Abigail Owens and partner Gabrielle Otero got off to a slow start and lost the first game on court three.  They quickly found their stride, though, and went on to defeat Margaux Hyman and Emily Dvorak 8-1.

Skylar Holloway and Ella Taylor could not overcome Tulane’s Maltby and Ipek Birol, falling 8-5 on court two.  Tulane then captured the doubles point as Noel Scott and Ariel Morton dropped an 8-6 decision to Klara Vyskocilova and Jacqui Katz.

The Green Wave then took a 2-0 advantage over the Lady Tigers as Joana Vale Costa retired on court one against No. 51 Klara Vyskocilova.

On court two, Scott took the lead and never looked back as she secured a victory over Ipek Birol 6-0, 6-3.

“[Noel] did a great job today,” said Sell.  “She’s one of those who has played some really tight matches all season.  We’ve been working really hard with her the past couple of weeks to get her back playing aggressively and today she was able to execute.”

Holloway notched a victory on court six to give the Lady Tigers a 3-2 lead as she overcame Margaux Hyman 6-3, 6-2 before Taylor secured the team victory for LSU.

The Lady Tigers play again on Friday as they face Tennessee at 4 p.m. CT in W.T. “Dub” Robinson Stadium.