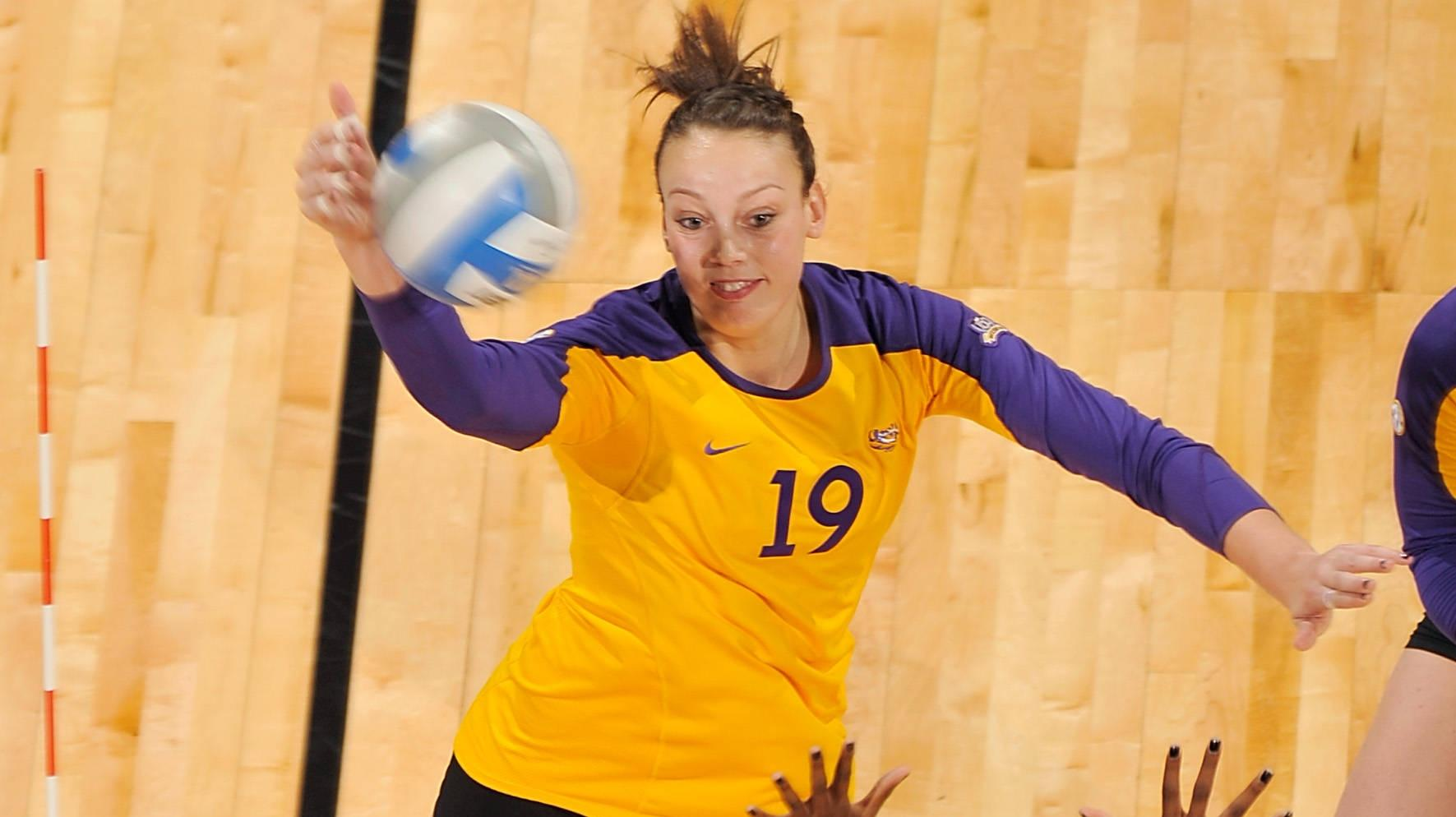 In the last of a three-part series, LSUSports.net will catch up with former LSU volleyball players who are currently playing professionally overseas, as they share their experiences playing after college and life abroad in another county.

Our final entry comes from Tania Schatow, who graduated from LSU in 2011 with a degree in kinesiology and is currently playing for Hermes Oostenede Volley in Belgium, where she has spent the last three years playing professionally.

Schatow played in 72 total matches for the Tigers, with 210 sets played to her credit. The Fraser, Mich., product tallied over 220 kills and 160 blocks in her LSU career, as she was twice named to the SEC Academic Honor Roll in 2009 and 2010.

“This is my third season playing in Europe and I cannot put into words how amazing this experience has been. If someone would have told me that by the age 24 I would have seen all the amazing things that I have, I would have said that they are crazy.

When I first got to LSU I never thought about the possibility that I could play overseas, and I have to credit much of my success to the LSU staff. Fran, Jill and Steve did a great job in preparing me for this level of competition. They always pushed me to be the best player that I could be, and also helped me grow as a person. I know that I would not be the player that I am today without all the help and guidance from Fran, and for that I am truly thankful.

I would recommend to any player that is thinking of playing overseas to pursue it and give it a try. Having the opportunity to play overseas has also given me a look into how other people around the world train, and has made me a better player and well-rounded person. I am very excited to share things that I learned in Europe when I retire from playing and pursue a career in coaching.”