Baseball to Open Homestand Against McNeese 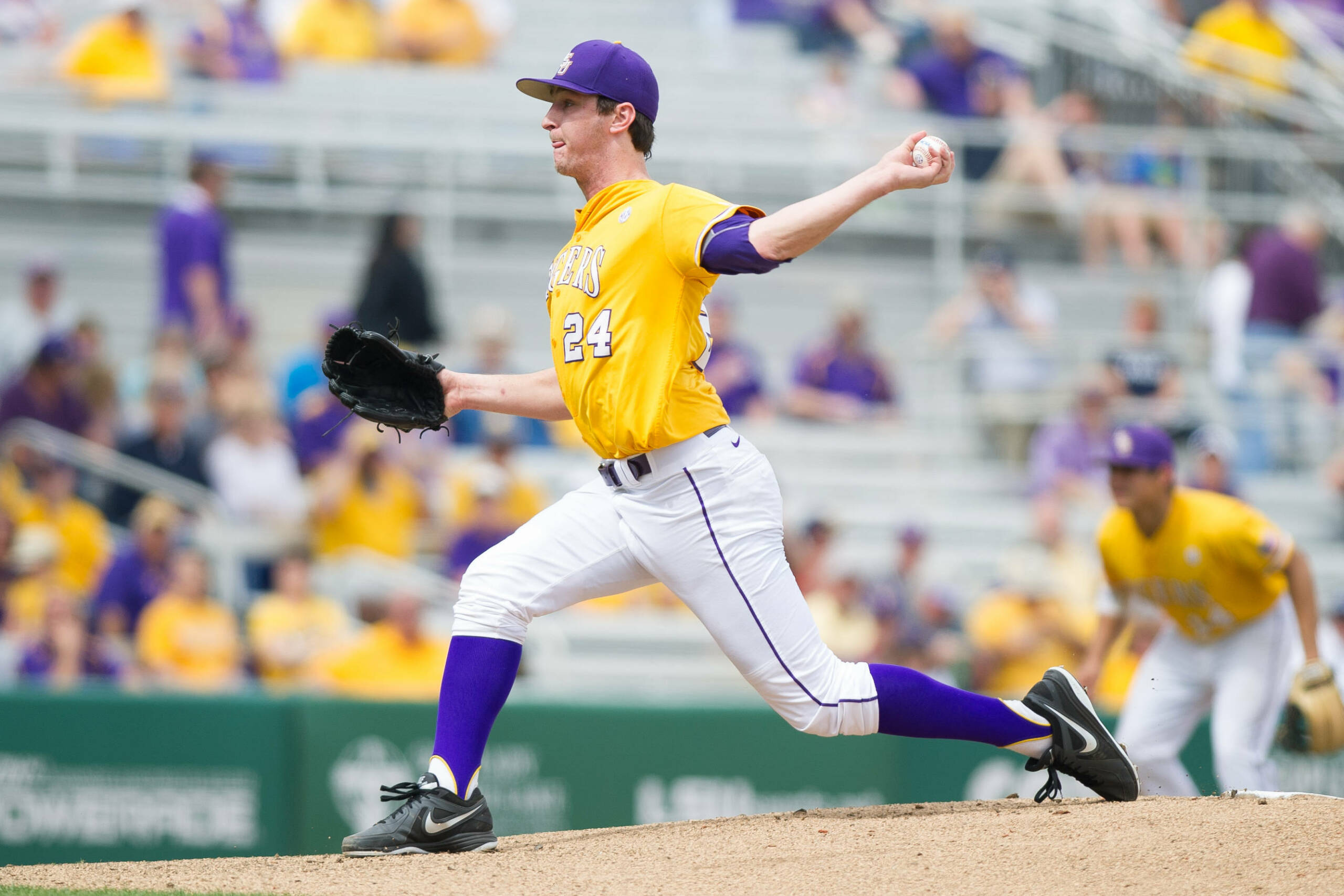 The game can be heard on the LSU Sports Radio Network, including Baton Rouge flagship WDGL-FM 98.1 FM. Live video, audio and stats of the games may be accessed in the Geaux Zone at www.LSUsports.net.

LSU will continue its homestand this weekend when the Tigers resume Southeastern Conference play against Mississippi State.

“We’ve got a very challenging week ahead, but I’m so glad we’re back at home for a while after being on the road for four games in a row and for two of the past three weekends,” said LSU coach Paul Mainieri. “We’re looking forward to being back at ‘The Box’ to face an excellent McNeese State team. They’ve won six of their first nine conference games, and it’s very evident in looking at their numbers that they have a potent lineup. We’ll be ready to play at our best, and we hope to build some momentum heading into the weekend.”

Mainieri said LSU junior left-hander Cody Glenn (1-1, 4.39 ERA) will start the game on the mound for the Tigers, while first-year McNeese State coach Justin Hill, a pitcher at LSU in 2001 and 2002, will counter with senior right-hander Michael Desabrais (0-0, 3.38 ERA).

Junior catcher/designated hitter Kade Scivicque led the Tigers in hitting last week, batting .400 (6-for-15) in four games with one double, one homer, two RBI and two runs. Scivicque is also LSU’s leading hitter on the year, batting .372 (32-for-86) with four doubles, three homers and 16 RBI.

Junior outfielder Chris Sciambra launched the first home run of his career on Sunday at Florida, a two-run blast. Freshman outfielder Jake Fraley hit .429 (3-for-7) in two starts last week with one double, two RBI, one run, one steal and a sacrifice bunt.

McNeese State is hitting .301 as a team with 12 home runs and 42 steals in 54 attempts. The Cowboys are led at the plate by senior infielder Chayse Marion, who is batting .374 with seven doubles, two homers and 22 RBI. Senior outfielder Jackson Gooch is hitting .346 with four doubles, one triple, one homer and 24 RBI, while junior outfielder Lucas Quary is hitting .356 with two doubles, four homers and 16 RBI.

RANKINGS
LSU – No. 9 by USA Today; No. 16 by Collegiate Baseball; No. 20 by Baseball America
MSU – unranked