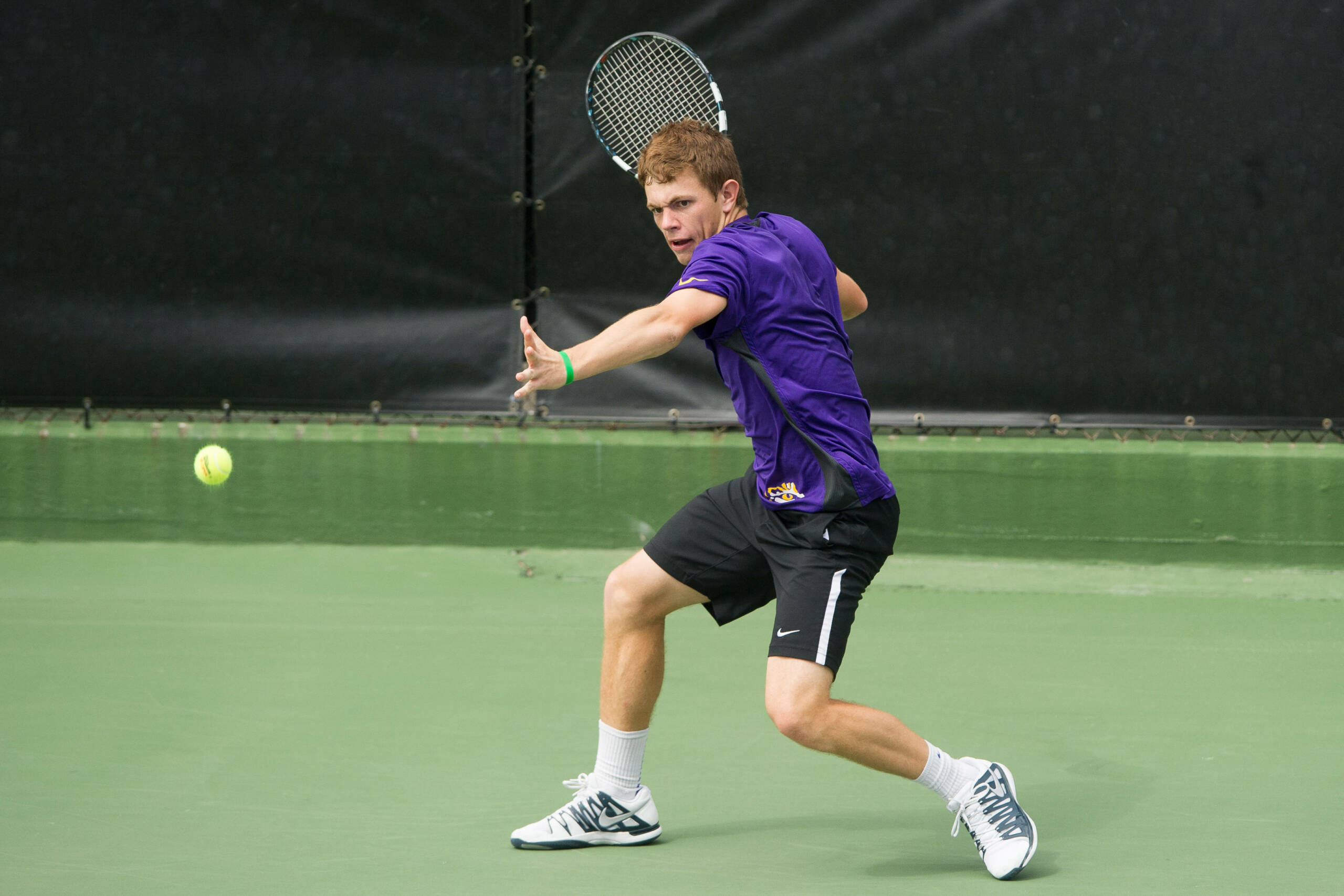 Between doubles and singles, the team will honor past lettermen, coaches and staff members dating back to the 1950s, which will include special recognition of the 1988 NCAA finalist team.

“It is a special week for me to see friends and teammates, which include our NCAA finalist team from 1988 led by Coach Jerry Simmons and members of the two final four teams I coached in 1998 and 1999,” Brown said. “It is the 25-year anniversary for the 1988 team and 15 years for the final four teams.”

“We are looking for the same intensity that we have competed with over the last few weeks,” said LSU coach Jeff Brown. “We have two high-ranked SEC teams coming in this weekend.”

The Tigers are ranked No. 61 nationally, and junior Chris Simpson is No. 77 in singles while redshirt freshman Eric Perez and sophomore Tam Trinh are No. 70 in doubles. For South Carolina, Tsvetan Mihov is No. 88 in singles.