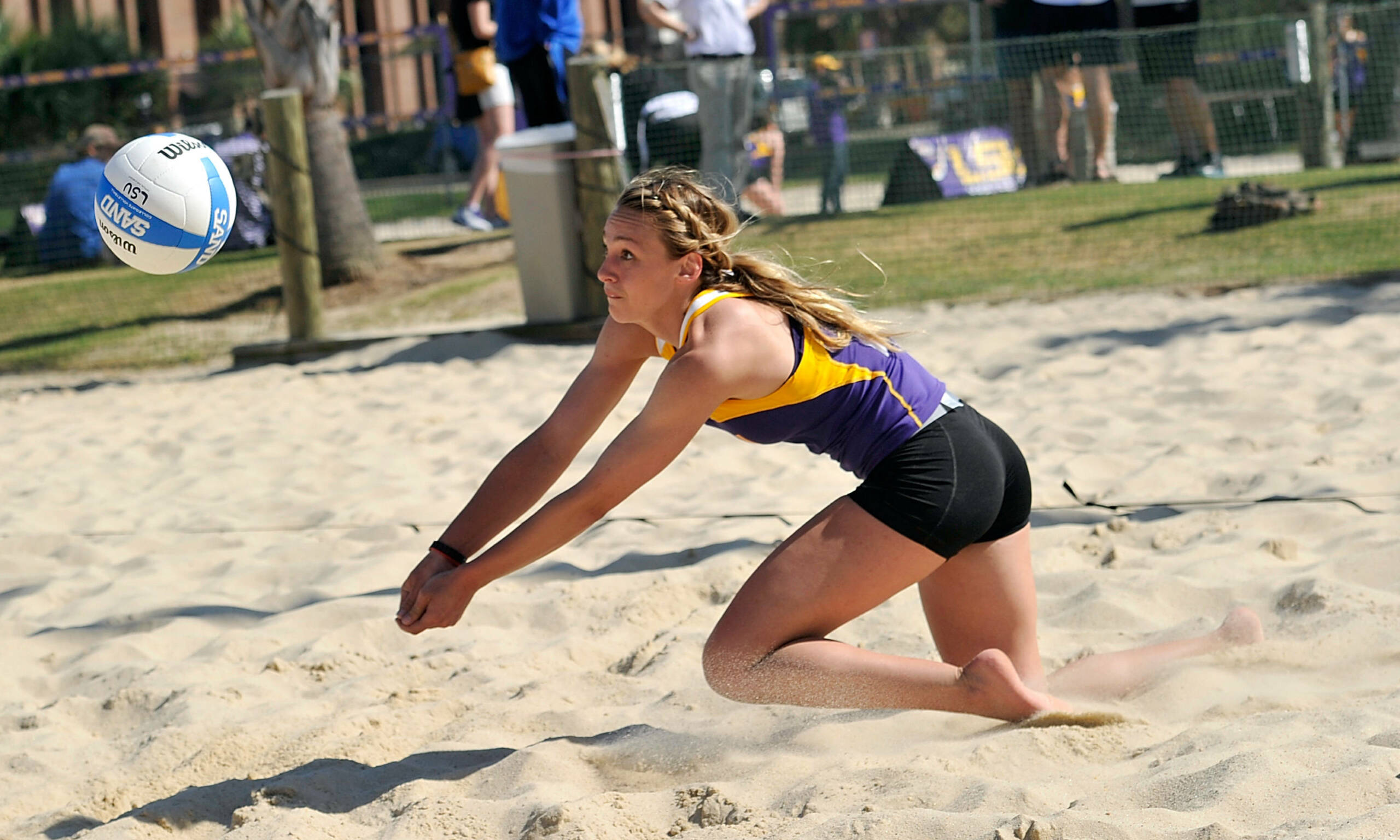 “In the last few matches, we’ve been able to either watch the teams play before we play them or at least talk about what we know about them,” associate head coach Russell Brock said. “This is another scenario where we don’t know what our opponent is going to look like. We anticipate that they’ll be good. They’ve been good, and we know we’ll get a nice challenge. We’re just going to go into it with the idea that it’s going to be a tough match. It’s going to be at their place, and we’re going to play the best volleyball that we can play. Every time we’ve been out in the sand, we’ve been better. That’s our goal, to keep improving.”

LSU took home its first program victories over the weekend at the Gamecock Invitational, with wins against Oregon and South Carolina. The court-three pair of Victoria Boraski and Cati Leak remained undefeated throughout the weekend’s competition, including two third-set victories against the Ducks and the Gamecocks.

Court one tallied the Tigers’ first-ever victory as Meghan Mannari and Katie Lindelow powered through two sets and clinched the match against Oregon 21-14, 21-14. The duo then recorded the first point against South Carolina 21-18, 21-14, setting the tone for another victory.

The Tigers saw their last competition against Mercer, as LSU faced a 3-2 loss after the third set in the top spot decided the day’s winner.

“Even in our losses, we’ve been really successful,” Brock said. “It’s come down to the last set of the last match. We’ve been able to see that we can do this, we can beat teams and we can be successful. We can win matches, and now we know for sure that we can win the full team match as well. Until you know you can win, there’s that uncertainty. Now we know we can win, and we can play with teams that are good.”

Tulane’s sand volleyball program is in its third season, and in its last matchup, the Green Wave fell 5-0 to Arizona. Tulane wrapped up its previous season 9-4 with a 2-1 home record.