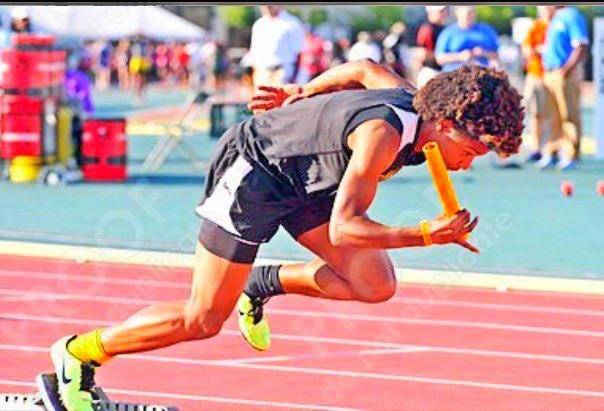 BATON ROUGE – The LSU Track & Field program announced a stellar class of recruits for its Class of 2014 as part of a week-long series last week, and a trio of those future Lady Tigers followed with nationally-ranked performances over the weekend that have them already ranked among the nation’s top athletes for the 2014 outdoor season.

Sprinter Aleia Hobbs (New Orleans, La.) smashed her personal record in the 100-meter dash while setting a new meet record and being named the Most Outstanding Performer of the Meet in track events at the 2014 Sugar Bowl Track & Field Classic held at Tad Gormley Stadium in New Orleans on Saturday afternoon.

Hobbs lined up this weekend with a wind-legal personal best of 11.68 seconds that was twice set during her junior season in 2013 while running for Eleanor McMain High School.

But she blew that time away in the 100-meter final when she sprinted to the finish line in 11.58 (+1.7) to finish nearly two tenths of a second ahead of her nearest competitor for the title. Hobbs also smashed the meet record of 11.66 that was set just last year by McDonogh #35 product Marcquita Stalbert, who finished runner-up to Hobbs on Saturday with her time of 11.76.

There was no denying who would take home the Most Outstanding Performer of the Meet as Hobbs emerged as nation’s No. 2-ranked wind-legal sprinter at 100 meters at the high school level for 2014.

“Coming into the race, I knew I needed 11.5. That was my goal,” Hobbs told The Advocate following the meet. “I knew I had to drive out of the blocks, have a good drive phase and then finish strong. I wasn’t really that nervous. I just knew I had to just try to run and accomplish the goals I had. I thought it was going to be closer. I think that’s what pushed me, knowing there was competition and that made me run even harder. I wasn’t sure how close it was, so I wasn’t taking any chances.”

Fellow in-state sprinter Mikiah Brisco (Baton Rouge, La.) also cracked the Top 10 of the national rankings in her outdoor debut in the 200-meter dash while running at Baton Rouge Magnet’s Red Stick Classic on Friday as she carried her momentum outdoors after wrapping up the 2014 indoor season with a national championship in the 60-meter dash at the 2014 New Balance Indoor Nationals in New York.

Brisco ran away with the 200-meter title with a season-opening 24.06 to rank No. 7 nationally among wind-legal performances at the high school level in the early stages of the 2014 outdoor season. She also sprinted to a season-opening time of 11.87 to win the 100-meter dash at the Red Stick Classic to cap a successful weekend on her home track.

Brisco made already made history indoors in 2014 when she clocked a personal record of 7.26 to win the 60-meter dash national championship at the New Balance Indoor Nationals at The Armory in New York City.

Brisco brought home the gold medal in the 60 meters while breaking the 15-year-old New Balance Indoor Nationals meet record run of 7.29 that was last set by Alexis Joyce in 1999. By running a PR of 7.26, she also tied the 8-year-old high school record at The Armory that was last set by Olympian Bianca Knight back in 2006 before taking two weeks off ahead of her outdoor opener at the Red Stick Classic.

Like Hobbs at the Sugar Bowl Classic, Gordon set a meet record at the BCAA Championships while matching her wind-legal PR of 13.77 to win the 100-meter hurdles with the No. 3-ranked wind-legal performance at the high school level in the United States for 2014. She broke the 10-year-old meet record of 13.82 that was previously set by former Georgia Tech national champion Shantia Moss during the 2004 season.

“In the middle of the 100 hurdles I wasn’t satisfied with how I was performing,” Gordon was quoted as saying in a report in the Miami Herald. “The personal best means I’m progressing and doing what I should that the hard work is coming out. I shock myself every time.”

Gordon added a county championship in the 300-meter hurdles with a 42.04 clocking to lead Northeast High School to a runner-up team finish for its highest finish in school history at the BCAA Championships.

Gordon is already ranked as one of the nation’s premier 300-meter hurdlers at the prep level during the 2014 season after running back-to-back PRs of 41.85 and 41.45 in her outdoor opener with the Sam Burley Hall of Fame Invitational on Feb. 28. That performance has earned her a No. 2 national ranking in the event to this point of the 2014 outdoor season.