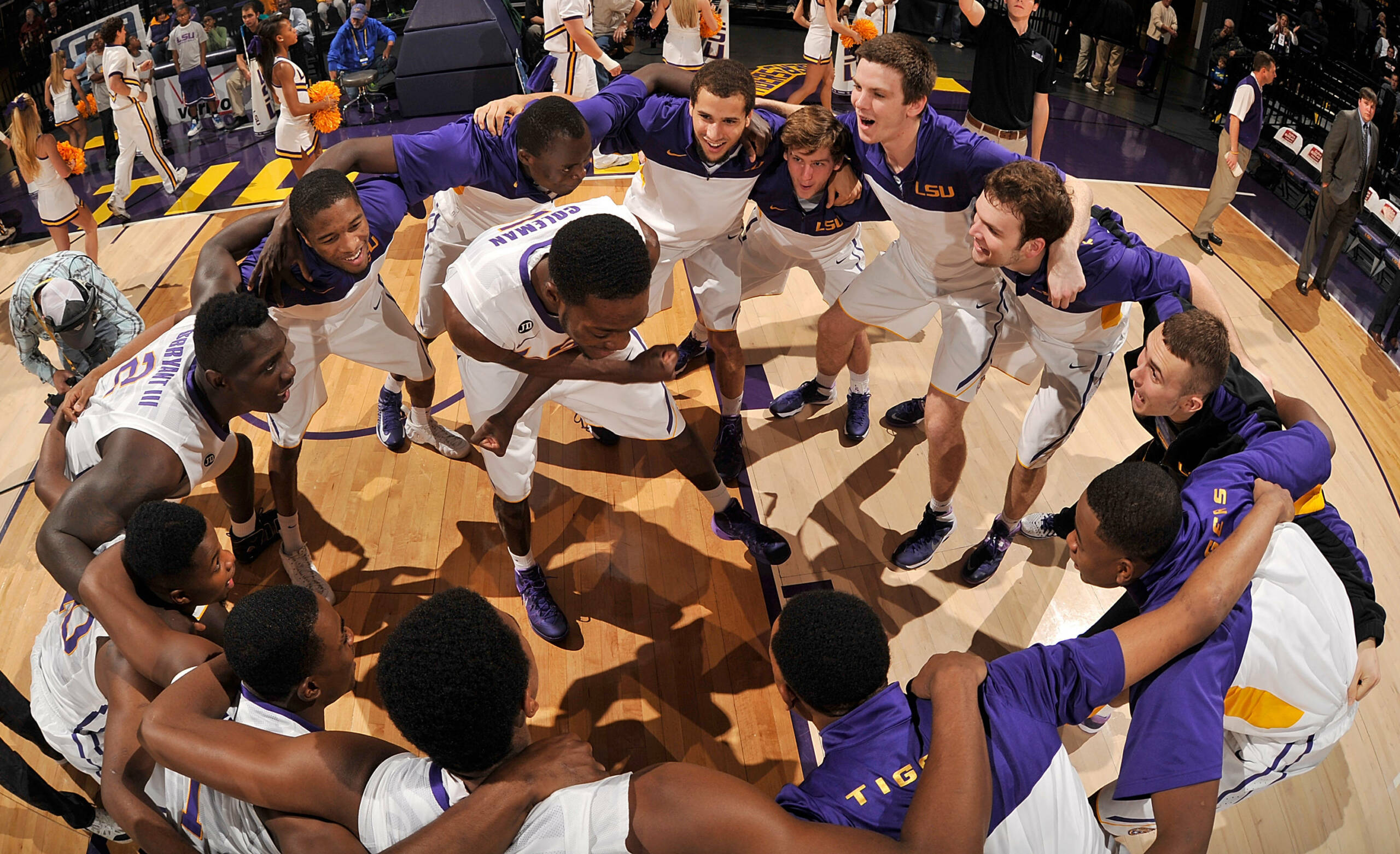 BATON ROUGE – As the 2013-14 season came to a close for the LSU men’s basketball season Monday night in the second round of the National Invitation Tournament, this is a good chance to take a look at just some of the individual and team accomplishments of the Tigers this season.

Senior Guard Andre Stringer – Stringer made five field goals in the SMU game, the second time this season he made five treys and he concludes his four years at LSU with 242 treys, second most all-time at LSU:

Stringer also finished the season with 74 treys, the eighth most in a single season at LSU:

Freshman Jordan Mickey, a second team All-SEC selection by the coaches as well as All-SEC Freshman and All-SEC defensive team member, added four more blocks to his season total at SMU and finished his first year at LSU with 106 blocks, the fourth most at LSU for a season. He became just the second person other than Shaquille O’Neal to block 100 shots in a season:

After just one season, Mickey is seventh at LSU in career blocks:

Junior guard Anthony Hickey finished the season with 126 assists and 45 turnovers, leading the SEC in assist-to-turnover ratio at 2.98 … He finished the year fifth in career steals:

He also finished the year eighth in career assists with 360 … In three years, he has 360 assists and just 159 turnovers … Hickey is just 95 points of becoming the 41st player to score 1,000 career points.

Junior Johnny O’Bryant III during the year became the 40th player to score 1,000 career points and the 21st player in school history to have 1,000 points and 500 career rebounds … The list is even shorter when you consider in the final game of the season he passed the 700 rebound mark, making him one of just 14 players to score 1,000 career points and 700 career rebounds … He finished the year with 1,157 points, 31st on the school scoring list … His 702 rebounds is 20th all-time on the LSU list.

O’Bryant III had his highest scoring average of 15.4 points per game (up almost 7 full points from the end of his freshman season … His 525 points is the sixth most scored in a season by an LSU player since the start of the 2004-05 season and his scoring average is the 10th highest since that point.

O’Bryant III joined a select group of LSU players in its history who have made first-team All-SEC in back-to-back seasons.

Senior Shavon Coleman made 44 treys this past season, 31 more than his junior season … In the post-season four games he made 11-of-22 attempts or 50 percent and was second on the team in scoring average at 11.5 points per game.

All-SEC Freshman Jarell Martin averaged 11.4 points in league play and from the start of February to the end of the season raised his scoring average from 8.7 points per game to 10.3 a game to conclude his first season … Martin averaged 11.3 points in the four post-season games.

Coach Johnny Jones has posted a two-year record of 39-25 and a percentage of 60.9% … Jones has the second-best overall win percentage at LSU in the first two seasons as head coach since 1926. Only Harry Rabenhorst had a better overall percentage (35-7, 83.0%), but that should be noted was posted in the first two years of what was his second stint in 1946 and 1947.

The Tigers won 20 games for the first time since the 2008-09 season and the 34 games played tied for the sixth longest season in program history.

LSU made 231 treys, second most in a season for LSU and just three off the 234 the Tigers made last season to set the school record. In Coach Jones’ two years, LSU has made 465 three-pointers … LSU’s 675 attempts topped the record of the 658 set in the 2012-13 season … LSU’s 1,334 rebounds is the seventh most in a single season while the 199 blocks is the fifth most for a single season in LSU history.

LSU’s NIT appearance was the 27th post-season appearance in the program’s history.