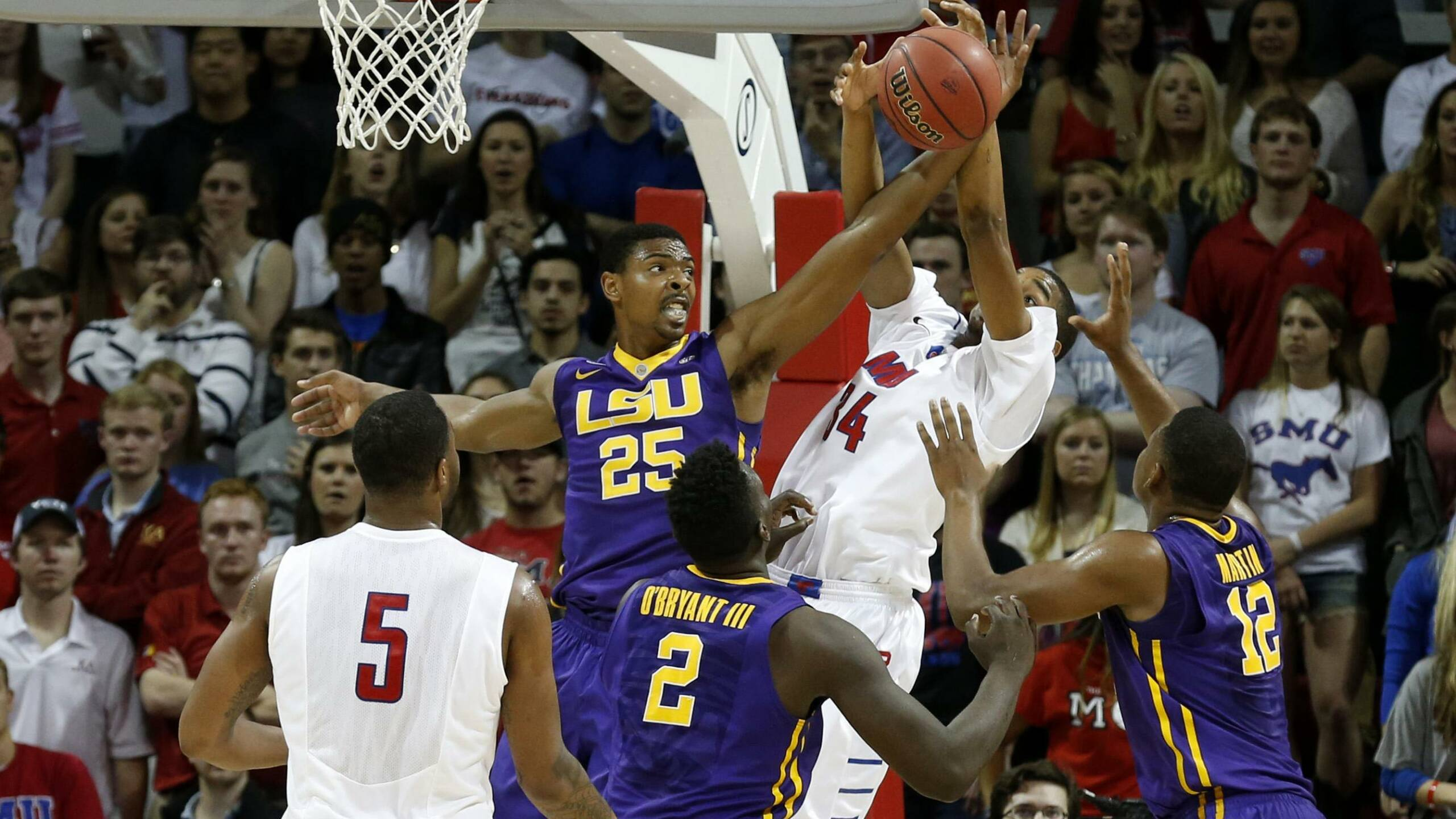 DALLAS (AP) — SMU relied on one of the nation’s stingiest defenses to have the program’s best season since 1987-88.

That defense got a boost from the Mustangs’ hot-shooting offense in the second half of an 80-67 victory against LSU in the second round of the NIT on Monday night.

SMU rallied from a 10-point, first-half deficit and shot a sizzling 64.3 percent in the second half to pull away down the stretch. The Mustangs (25-9), seeded first in their region, will host the winner of Monday night’s late game between No. 2 Arkansas and No. 3 California on Wednesday.

Mustangs Hall of Fame coach Larry Brown explained how his defense — fifth in NCAA Division I this season in field goal percentage against — let loose his offense.

“When you make shots, you get to set your defense,” Brown said. “We made shots, so we could guard in the half court better. We didn’t allow them to get out in transition.”

“Every game could be my last,” he said. “That’s really my mentality.”

Russell said he couldn’t get a sense of whether it was going to be a good or bad shooting night before the game at Moody Coliseum.

“I was making them then,” he said. “Then, when we were having warm-ups, I was missing every shot. So I had no clue.

“I was feeling it. The goal was big, and it was going in. I really wanted the ball.”

LSU initially quieted Moody Coliseum’s eighth sellout crowd. An alley-oop pass from Anthony Hickey to Jarell Martin gave the Tigers a 38-28 lead with 3:35 to play in the half.

But the Mustangs found their footing, pulled within 40-35 at the half, then used a 26-9 run to put the game out of reach. SMU’s largest lead was 17 points.

“In the first half, they got a lot of easy transition buckets,” SMU’s Shawn Williams said of LSU. “We felt like we didn’t box out as well as we should have. In the second half, we turned the defensive intensity up. Got a lot of steals. Got a lot of loose balls.”

LSU coach Johnny Jones said his Tigers lost patience in the second half.

“They (the Mustangs) did a great job of controlling the tempo,” Jones said. “They knocked down shots, made great defensive plays.”