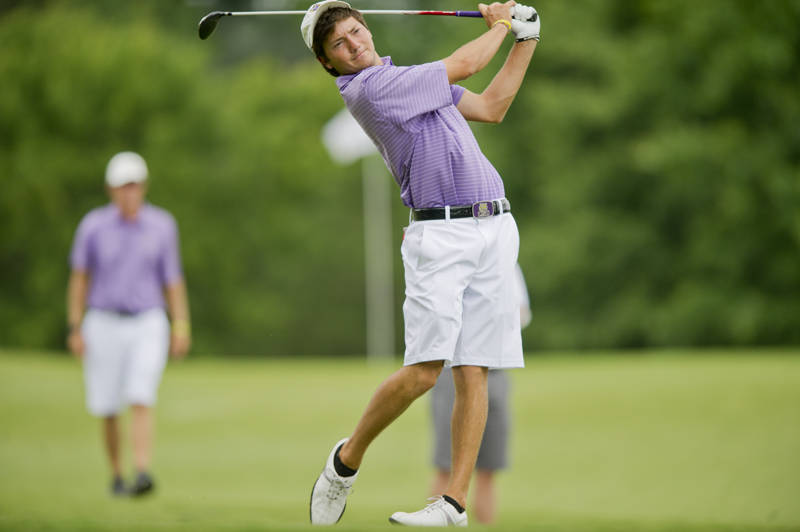 BATON ROUGE – The LSU Tigers will face their toughest test to this point of the 2014 spring season when they travel to Palm City, Fla., early this week to compete at the Valspar Invitational at Floridian that will be held Monday and Tuesday at Floridian Golf Club in an event co-hosted by the Arkansas Razorbacks and Houston Cougars.

The Tigers join a 15-team field that will play two rounds on Monday starting with a shotgun start at 8 a.m. CT followed by the final round on Tuesday with tee times scheduled to begin at 7:30 a.m. Floridian Golf Club will play to a par 72 and 7,114 yards for the two-day, 54-hole championship as the team and individual champions will be crowned following Tuesday’s action.

The Tigers are on the cusp of a Top 25 national ranking as they are the No. 27-ranked team in the country heading into the event in the latest Golfstat Top 25 power rankings.

This year’s Valspar Invitational at Floridian features a strong 15-team field with four Top 10, eight Top 25 and 13 Top 50 teams in the Golfstat rankings for one of the strongest fields LSU will face before the postseason.

The Tigers are paired with SMU and South Florida on Monday and will tee off on holes Nos. 11-15 at 8 a.m. CT. Golfstat will provide live scoring for the event as fans can follow along at www.golfstat.com.

LSU head coach Chuck Winstead has elected to play with the same five-man lineup that earned a runner-up finish with a record-setting performance in its last event at the 29th Louisiana Classics that wrapped up March 11 at Oakbourne Country Club in Lafayette, La. That’s where the Tigers posted a team-record score of 19-under par 845 in 54 holes for their lowest tournament score since at least the 1984-85 season.

Junior Stewart Jolly continues to set the pace for the Tigers on the course as he continues an All-America caliber season as the team’s top performer in 2013-14. He will tee off at Floridian Golf Club as the No. 25-ranked collegiate player in the country according to Golfweek after also being ranked as the No. 15-ranked player under consideration for Team USA in the latest Palmer Cup Rankings released last week.

Jolly has led the way for the Tigers throughout the 2013-14 season as he is the team’s leading scorer with a career-low 71.52 scoring average in his seven tournament appearances on the season. That already smashes his previous career-best scoring average of 73.55 strokes per round recorded as a sophomore during the 2012-13 season.

Not only that, but Jolly has earned two top-five finishes and four top-10 finishes in his seven appearances this season, including back-to-back top-10 finishes in each of  his last two events with a tie for sixth place at the Querencia Cabo Collegiate in Cabo San Lucas, Mexico, held earlier this month and an eighth-place finish at the Louisiana Classics last week. Jolly also owns one tournament title after winning his second career individual title at the Golfweek Conference Challenge at Spirit Hollow Golf Course in Burlington, Iowa, back on Sept. 17.

Three other Tigers earning top-10 finishes at the Louisiana Classics also make their return to the lineup as they look to help the squad build momentum heading into the postseason next month.

Like Jolly, fellow junior Curtis Thompson will make his eighth appearance of the season for the Tigers as he follows as the team’s third-leading scorer this season with a 72.24 scoring average on the season. Thompson’s also in the midst of an outstanding spring season that includes a tie for fourth place at The Prestige at PGA West on Feb. 17-19 and a tie for second place at the Louisiana Classics last week.

Also cracking the Top 10 of the final leaderboard in their last start at the Louisiana Classics were senior Smylie Kaufman in a tie for sixth place at 4-under 212 and sophomore Zach Wright in a tie for ninth place at 2-under 214 to help lead the team to a runner-up finish. Wright will make his seventh start for the Tigers and Kaufman will make his sixth appearance of the season at Floridian Golf Club.

Rounding out LSU’s five-man lineup competing this week is junior Ben Taylor, who makes his fourth start of the season that includes a tie for seventh place at The Prestige at PGA West in LSU’s spring season opener.

After competing at the Valspar Invitational at Floridian this week, the Tigers will wrap up the regular season with a trip to Bryan, Texas, to compete at this year’s Aggie Invitational being hosted by Texas A&M on April 5-6 at The Traditions Club. They will then kick off the championship season at the 2014 SEC Men’s Golf Championships being held April 25-27 as the Tigers and the rest of their conference rivals will make their annual start at the Seaside Course at Sea Island Golf Club in St. Simons Island, Ga.