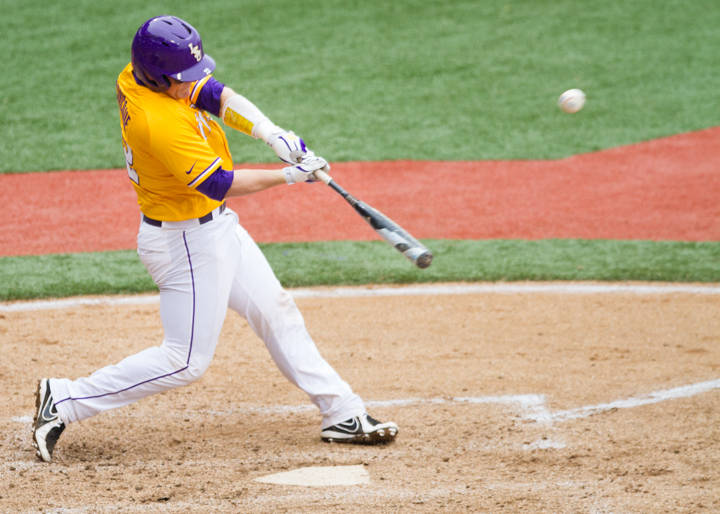 It was LSU’s first tie since April 20, 2008, when the Tigers and Georgia played to a 10-10 deadlock in 12 innings in the original Alex Box Stadium.

The Tigers play at Tulane Tuesday with the first pitch scheduled for 6:30 p.m. CT.

“It was certainly a frustrating day, because we had opportunities to win the game,” said LSU coach Paul Mainieri. “We had some bad luck and we made some baserunning errors that kept us from scoring. It definitely wasn’t a hitters’ day with the wind blowing in, but I thought our offense would rise up and give us more production.

“On the other hand, our bullpen was spectacular today, throwing 12 straight scoreless innings. Those guys gave us everything they had on every pitch. Now we simply have to turn the page and move forward; baseball is a game that doesn’t allow you to feel sorry for yourself, so we’ll look ahead to facing Tulane on Tuesday.”

Georgia grabbed a 2-0 lead in the top of the first inning against LSU starter Kurt McCune. Nelson Ward led off the game with a double to left-center field. Conor Welton followed with an infield single to put runners on the corners for Hunter Cole. Cole hit an RBI double down the right field line to score the first run. Jared Walsh then grounded out to Alex Bregman at shortstop to score Welton and give the Bulldogs a 2-0 advantage.

In the bottom of the fifth, LSU rightfielder Mark Laird led off the inning with an infield single. Laird moved to second on a groundout by Bregman. With two out, catcher Kade Scivicque doubled down the left field line to plate Laird and make it a 2-1 game.

LSU tied the game in the bottom of the seventh. Second baseman Kramer Robertson and Laird reached base on back-to-back walks issued by Georgia starter Patrick Boling. David Sosebee entered the game for Boling and gave up Bregman’s single to right-center field to score Robertson.

Boling allowed two runs on seven hits in six innings for Georgia with two walks and no strikeouts.