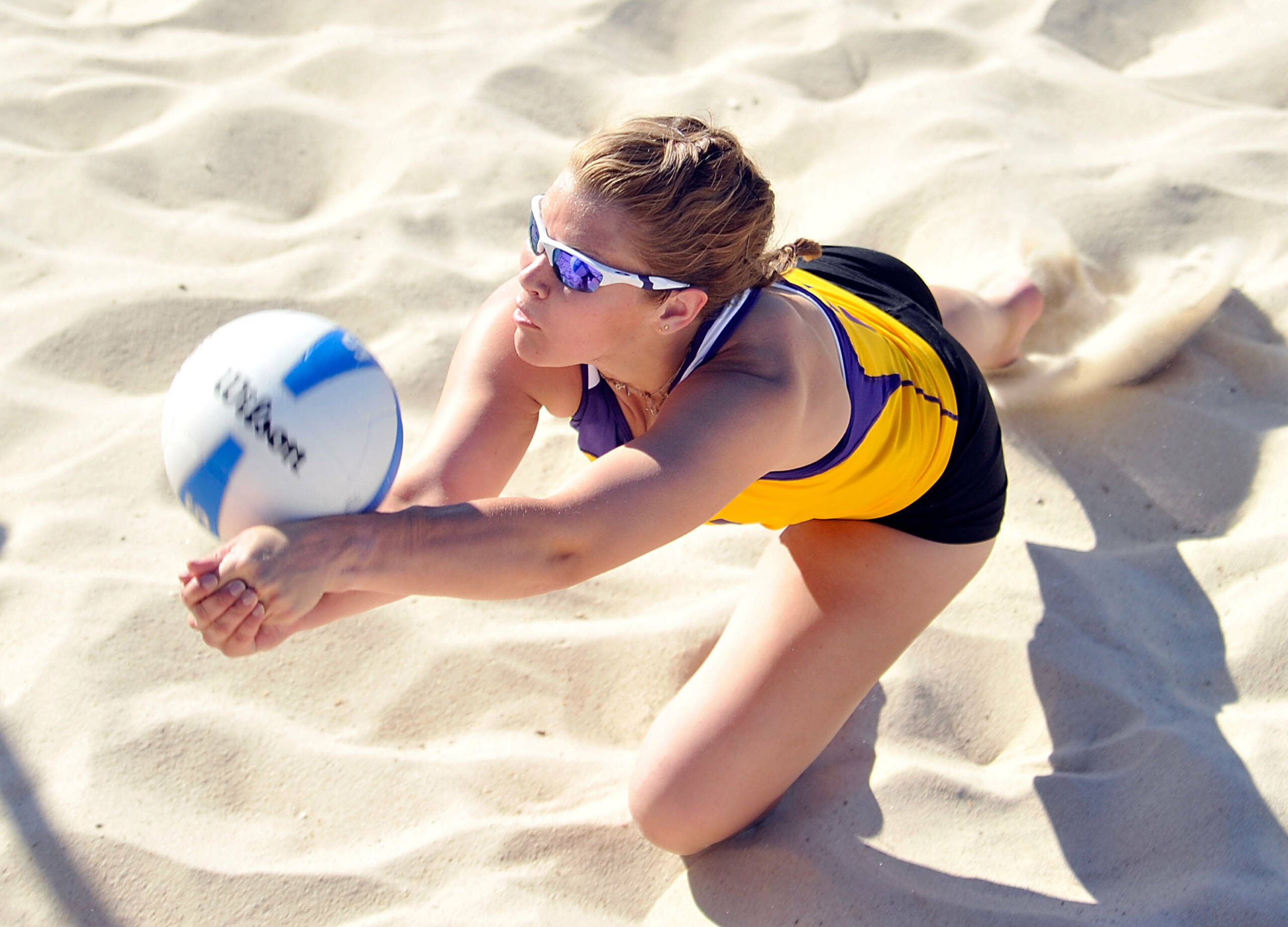 COLUMBIA, S.C. – The LSU sand volleyball team (2-2) tallied its first win in program history with a 4-1 victory over Oregon (0-3) and added another 4-1 win over South Carolina (4-5) during the second day of the Gamecock Invitational.

“We had a great chat last night after our match and added one objective to our goals: Play with confidence,” associate head coach Russell Brock said. “The team was waiting to play with fire and confidence until they felt that we deserved to play that way. As a staff, we made it clear that we were ready and deserved to play confidently. The girls responded today and beat two good teams.”

Emma Hiller and Katarina Raicevic set the tone for the day after quickly taking the first match against Oregon’s Serena Warner and Naya Crittenden 21-14, 21-16 on court five.

Second-seeded Kaitlin Hatcher and Helen Boyle added another point for the Tigers with a dominating 21-13, 21-9 victory over the Ducks’ Liz Brenner and Natalie Bookout-Gonzalez.

The pair of Malorie Pardo and Laura Whalen debuted against the Ducks’ Shelby Ashen and Martenne Bettendorf, and the duo gave Oregon its lone point of the day after falling 21-12, 21-18.

After a 21-17 loss in the first set, Victoria Boraski and Cati Leak retaliated with a 21-19 second-set win to take court four into a third set. LSU’s match score was taken to 4-1 with a 15-13 score in the third set against the Ducks’ Kacey Nady and Tatum Norton.

The Tigers took on South Carolina in its second competition of the day, and the court-one duo of Mannari and Lindelow initiated LSU’s winning streak with a 21-18, 21-14 win over the Gamecocks’ Paige Wheeler and Megan Kent.

Courts two, three and five were all taken into third sets, and Hiller and Raicevic continued LSU’s run with a close 14-21, 21-16, 15-13 victory over the Gamecocks’ KoKo Atoa-Williams and Erin Neuenfeldt to clinch the match over South Carolina.

Boraski and Leak followed the momentum to score another close third-set win, with a 21-16, 11-21, 16-14 triumph over South Carolina’s Jordan Loney and Jade Vitt before Hatcher and Boyle fell just short of scoring the final point of the day. The court-two duo fell 19-21, 21-17, 15-9 to the Gamecocks’ Mikaela Christriaansen and Sarah Blomgren.

“Oregon was in a really similar situation as us, with limited training with a lot of indoor kids, and I was really proud of how well our team played the sand game and came away with a big win,” Brock said. “Then to come out and beat a really good South Carolina team at their home in front of a really big and rowdy crowd said so much about the fight in our team and how far they have come technically.”

The Lady Tigers will face their next competition Sunday against Mercer at 9:15 a.m. CT.