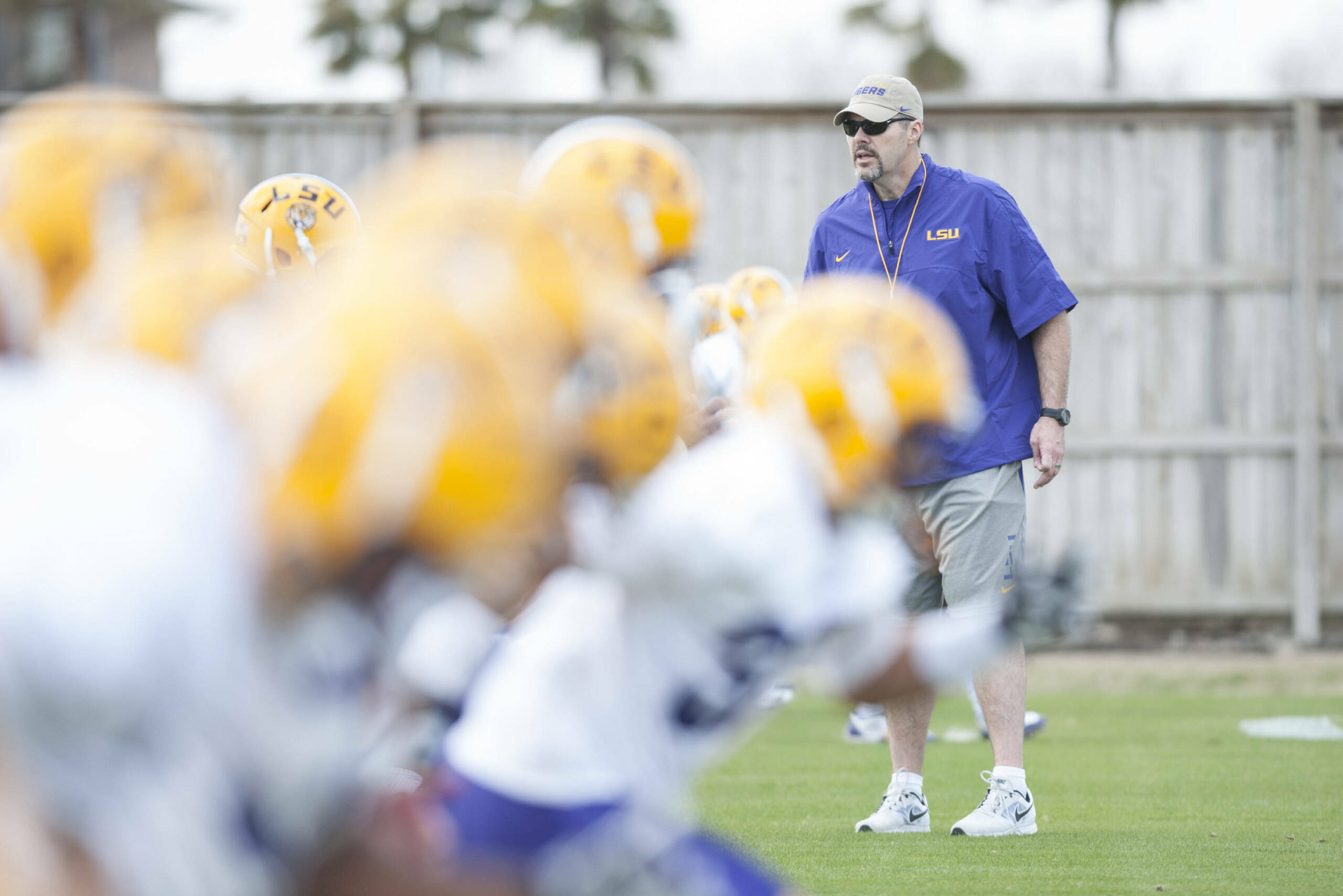 BATON ROUGE – LSU will go through its first full-scale scrimmage of the spring on Saturday when the Tigers will hold a 100-plus play workout in Tiger Stadium to conclude its second full week of spring practice.

Saturday’s scrimmage is the first of three for the Tigers this spring. LSU will scrimmage again next Saturday, followed by the National L Club Spring Game, which is scheduled for a 1 p.m. kickoff in Tiger Stadium on Saturday, April 5.

“We are improving daily, but we still have work to do,” LSU coach Les Miles said. “We are looking to get a lot out of Saturday’s scrimmage. We are going to focus on third down situations with an emphasis on the defense getting a pass rush and pressuring the quarterback.”

LSU held an abbreviated scrimmage last week with the focus being on first-and-10 situations.

LSU continues to groom the replacement for the departed Zach Mettenberger, who will likely be a second or third round pick in the NFL Draft in May. Sophomore Anthony Jennings and true freshman and early enrollee Brandon Harris along with redshirt freshman Hayden Rettig are competing for the starting spot.

With the shift of senior Rob Bolden to wide receiver, Jennings is the only quarterback on the LSU roster with any game experience. Last year, Jennings played in nine games, starting LSU’s 21-14 win over Iowa in the Outback Bowl.

One thing aiding the development of the LSU quarterbacks has been the play of the offensive line along with the addition of new offensive line coach Jeff Grimes. LSU returns four starters on the offensive line, including a pair of seniors in left tackle La’el Collins and center Elliott Porter. The other returning offensive line starters for the Tigers are sophomore right tackle Jerald Hawkins and junior guard Vadal Alexander.

LSU’s offensive line features six players who have combined to start 76 games led by Collins, who has 25 career starts.

“I think the offensive line has really responded to Coach Grimes” Miles said. “He’s an attention-to-detail and technique coach.  I think he’s coming in at the right time and really making an impact with that group.”

On the other side of the ball, Miles complimented the progress made so far during spring practice by sophomore Christian LaCouture, junior Quentin Thomas and redshirt freshmen Maquedius Bain and Frank Herron. LSU is looking to find replacements from that group for departed juniors Anthony Johnson and Ego Ferguson.

“The defensive line, in particular the defensive tackles, is coming along,” Miles said. “If you watch [Maquedious] Bain, Frank Herron and Quentin Thomas all of these guys are steadily improving. Christian LaCouture looks like he understands the drills and is having a really good spring.”

After Saturday, the Tigers will have seven practices remaining during the spring. LSU will practice on Tuesday and Thursday next week followed by the second full-scale scrimmage on Saturday.