Softball Travels To Face No. 22 Oklahoma 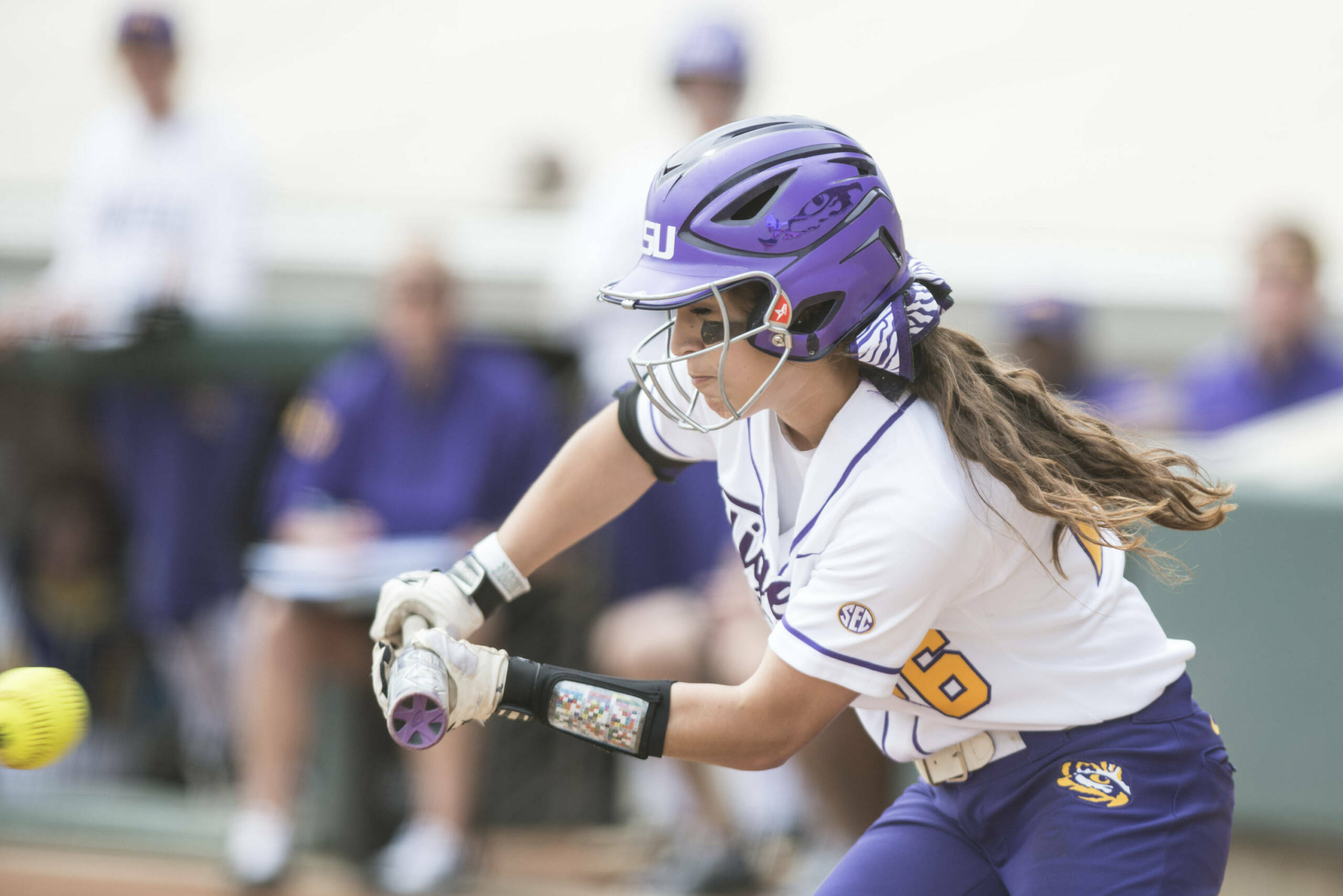 BATON ROUGE, La. – After a confidence building win on Wednesday night, the LSU softball team heads to Norman, Okla. to take on No. 22 and the defending national champion Oklahoma Sooners for a two-game series at Marita Hynes Field at the OU Softball Complex this weekend.

First pitch for the opener on Saturday afternoon is set for 2 p.m. in Norman and will be aired on Fox Sports Southwest Plus [Cox Channel 1079] and Fox College Sports. The finale on Sunday will begin at noon in Oklahoma and be televised on Fox Sports Southwest Plus. Links to live stats can be found on the schedule page at LSUsports.net, with live updates on the team’s social media pages.

“Oklahoma is an outstanding team, and coached very well,” head coach Beth Torina said. “It’s tough to fill that non-conference weekend in the middle of the league schedule, but we don’t shy away from scheduling good opponents. At the end of the day, we want to play the top teams in the country no matter when it is.”

So far this year, LSU has played eight teams currently ranked in the NFCA Top 25 poll, and nine total that were ranked at the time of competition. Beginning this weekend, the team will see no less than four ranked opponents on the schedule from now to the end of the season.

The Tigers began the week of non-conference games on Wednesday getting a 9-0 win over the Nicholls Colonels in Thibodaux, improving to 19-10 on the season. LSU is 17-6 against teams outside of the Southeastern Conference, as the squad has won the first two of their five games against in-state opponents this season.

LSU racked up 10 hits in only five innings, scoring four runs in the second and exploding for five in the fifth to put Nicholls on the brink with just three outs left. The Tigers are 16-5 when outhitting the opposition in games, doing so in six of the last seven overall and is 6-1 when scoring six to nine runs in a contest.

While the Tiger offense kept the Colonel defense on the field for a bulk of the evening, the LSU pitching staff got another gem of a game from Baylee Corbello who nearly tossed a perfect game against Nicholls, holding the home side to just one hit as LSU has now held an opponent to two hits or less nine times this year.

It was the fifth shutout of the season for Corbello, who only had one ball leave the infield the entire night. She struck out 12 Colonel batters, including sitting down seven straight from the end of the first to the end of the third inning, closing the door with a rare four-strikeout inning in the fifth to seal the win. The Lake Charles, La., native now has a paltry earned run average of 1.53, with 93 strikeouts on the year and four double-digit strikeout contests.

A.J. Andrews extended her career-long hitting streak to 11 games on Wednesday, after smacking a double and driving in three on the night, which ties her career high for runs driven in during a game. Andrews leads the team with a .396 batting average, as her 38 hits on the year is fifth in the SEC.

Moving into the second spot in batting average on the season is freshman Bailey Landry, who had her fifth multi-hit contest of the year, and third in the last seven games, upped her average to .379 on the season. Landry went 2-for-3 with an RBI, as she was one of two players to earn multiple hits on the night.

In a short night of work, Allison Falcon made her two at-bats count as she earned hits in both with an RBI and run scored, as she is now hitting .355 on the season, still leading the league in triples with four.

Making the most of her opportunities off of the bench the last few days has been reserve second baseman Constance Quinn. After having the game-tying hit against Florida in the opener last weekend, Quinn stepped up again against the Colonels as she had a career-high two RBI single to extend the LSU lead in the fifth, while scoring the final run of the game on an Andrews sacrifice fly.

Bianka Bell had one hit with a run scored in three plate appearances for the Tigers, as she extended her hitting streak to six games which now ties her career long. It’s the fourth time in her young career that she’s been on a streak this long, as she is still slugging .692 and third in hits with 27.

The Sooners are coming off of a year that saw the program win their second national championship in team history, but have lost some key pieces from that title run a year ago, none bigger than the loss of All-American pitcher Keilani Ricketts. Oklahoma still sports two-time first team All-American hitter Lauren Chamberlain among a team that hits .302 as a group.

OU’s pitching overhaul with the loss of Ricketts and Michelle Gasgcoigne has led to right-handed sophomore Kelsey Stevens holding the load for the group, with 105 innings pitched in 24 appearances in the circle. No other pitcher on the staff comes close to that total, as Taylor Dewberry and Georgia Casey are the only two hurlers with double-digit appearances.

With an 8-0 win over Bradley Tuesday night, Oklahoma has won seven of its last ten games to sit at 19-8, but is 2-2 in its last four after dropping a series to Louisiana-Lafayette last weekend.

The series history between the two teams dates back to 1980, as the two sides have split 12 total meetings. The Sooners have won the last three outscoring LSU 20-0, with the last game coming in 2012 where the Sooners defeated the Tigers 5-0 in Oklahoma City.