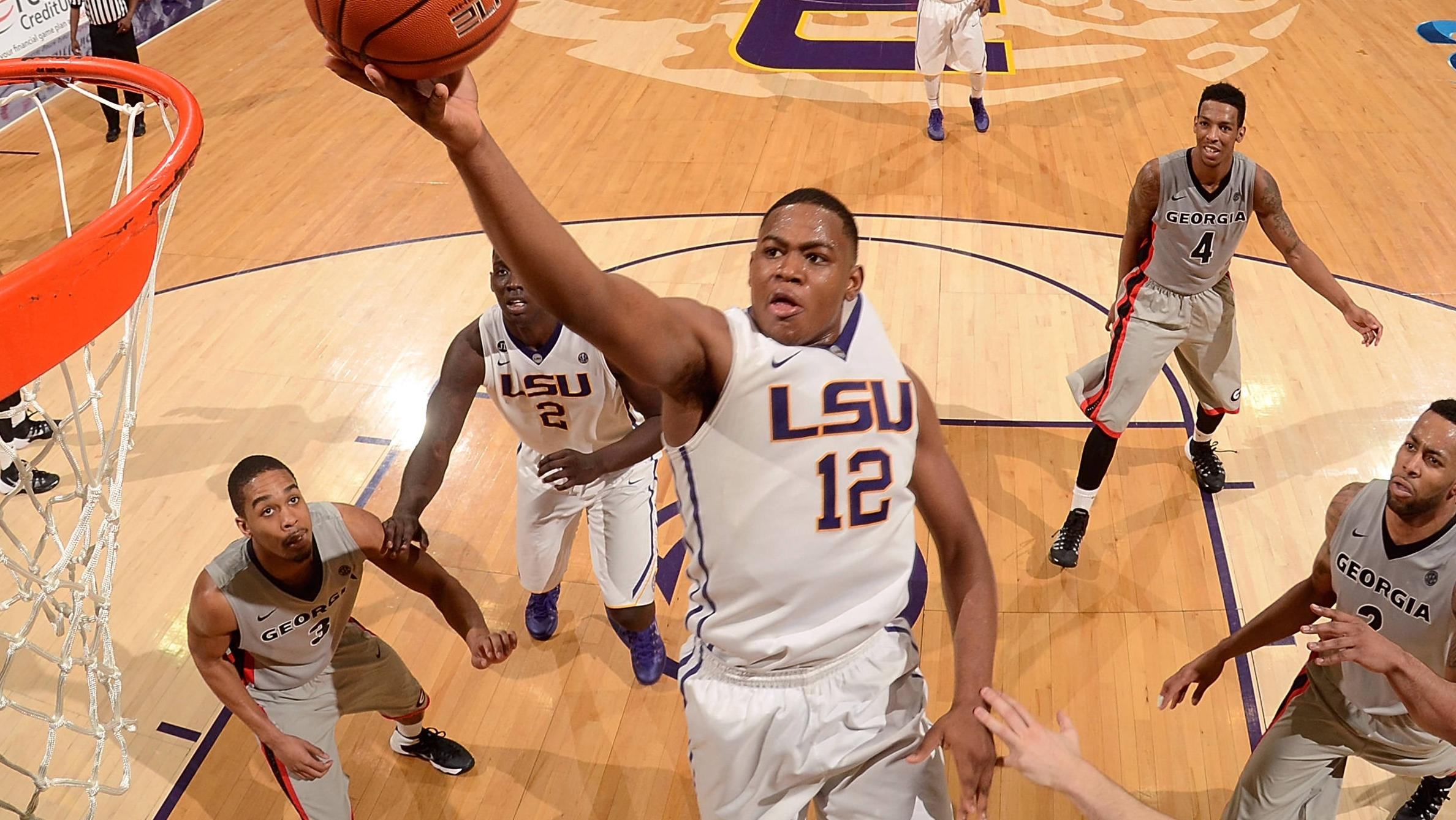 SAN FRANCISCO – Jarell Martin pumped in 16 points and was one of three players to record double figures as the LSU men’s basketball team grinded out a 71-63 victory over San Francisco during Wednesday’s NIT First Round at War Memorial Gym.

For Martin, he provided 14 of his team-leading 16 points in the opening half. He was 7-of-11 from the floor, and it marked the fifth time in his last seven games that Martin has reached double figures. The Baton Rouge native added six rebounds and a pair of blocks over his 25 minutes of action.

Shavon Coleman tacked on a balanced all-around with 13 points aided by a trio of three-pointers to go along with six rebounds, three assists and three steals. The Tigers improved to 11-3 on the season when Coleman collects double figures.

Johnny O’Bryant III came away with 13 points, six rebounds and two blocks. Even though O’Bryant was 3-of-8 shooting, he knocked down seven of his 10 free throw attempts.

As a team, LSU totaled a 25-of-54 shooting performance highlighted by an 11-for-22 clip in the second half. The Tigers also drained six of their eight treys during the second stanza and finished 8-for-22 from three-point territory. LSU sank 13-of-19 at the foul line.

San Francisco countered with a 27-of-65 effort from the field. LSU’s perimeter defense forced the Dons to misfire on 20 of their 23 three-point attempts. USF was 6-of-10 at the charity stripe.

After giving up the game’s first basket, LSU ripped off nine straight points over a 2:27 span to grab a 9-2 advantage. Martin ignited the spurt with a pair of dunks sandwiched between a three-pointer.

San Francisco pulled back to within 13-12 at the 8:53 mark, but the Tigers responded with seven quick points over the next 67 seconds to go back ahead by a 20-12 margin. Martin provided a driving layup and a traditional three-point play. Shane Hammink also added a two-handed dunk in transition.

The Dons cut the deficit back to one possession on four separate occasions, the latest at 31-30. Hickey went coast-to-coast with an up-and-under layup high off the glass to give LSU a 33-30 edge heading into the locker room.

Ahead 41-38 with 16:15 remaining, the Tigers reeled off eight of the next 10 points over the next 2:02. Coleman canned a pair of three-balls on both ends of the run, and Mickey added a driving dunk off a superb ball fake in the lane to make it 49-40.

LSU took its largest lead at 61-45 with 8:15 left after Hickey and Tim Quarterman dropped in treys 16 seconds apart.

The Dons put together one final push with 17 of the next 24 points which included a 9-2 flurry to get as close as 68-62 at the 2:17 mark. Coleman made two free throws after a steal which sealed LSU’s first NIT win since the 2002 season.

LSU travels to face SMU for NIT Second Round action on Monday. Tip time is scheduled for 8 p.m. from Moody Coliseum, and the game will be televised by ESPN along with http://www.watchespn.com/.

The LSU Sports Radio Network will broadcast the game on Eagle 98.1 FM in the Baton Rouge and inside the Geaux Zone at LSUsports.net/live. Jim Hawthorne, Ricky Blanton and Kevin Ford will call the action.

For all of the latest news and information on Tiger basketball, visit www.lsusports.net/mensbasketball. Fans can also follow the program on its social media outlets at www.Facebook.com/lsubasketball along with @lsubasketball and @lsucoachjones on Twitter.