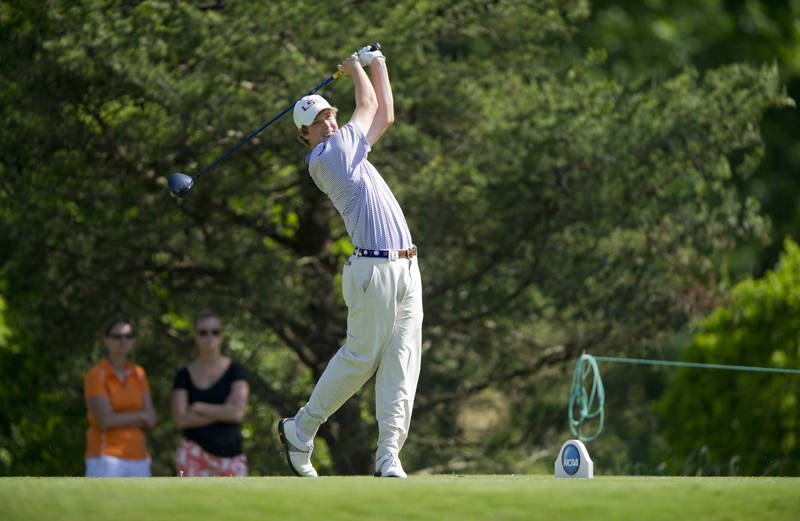 BATON ROUGE – LSU Men’s Golf junior Stewart Jolly is in the midst of an All-America caliber season with the Tigers as they hit the homestretch of the 2014 spring season, and he has been recognized for his efforts in the latest Palmer Cup Rankings released Wednesday morning by the Golf Coaches Association of America.

Jolly cracks the list as the No. 15-ranked player for Team USA that will compete against Team Europe at the 2014 Palmer Cup to be held June 24-26 at Walton Heath Golf Club near London, England.

The Palmer Cup is an annual Ryder Cup style tournament featuring the top American and top European golfers competing at the collegiate level each season.

According to the GCAA’s official statement regarding Palmer Cup selection, the Palmer Cup Ranking is based on Golfstat’s NCAA Player Rankings and awards bonus points for wins and high finishes and negative points for poor finishes. The ranking calculation also contains a strength-of-schedule component.

Jolly has led the way for the Tigers throughout the 2013-14 season as he is the team’s leading scorer with a career-low 71.52 scoring average in his seven tournament appearances on the season. That already smashes his previous career-best scoring average of 73.55 strokes per round recorded as a sophomore during the 2012-13 season.

Not only that, but Jolly has earned two top-five finishes and four top-10 finishes in his seven appearances this season, including back-to-back top-10 finishes in each of  his last two events with a tie for sixth place at the Querencia Cabo Collegiate in Cabo San Lucas, Mexico, held earlier this month and an eighth-place finish at the Louisiana Classics last week. Jolly also owns one tournament title this season after winning his second career individual title at the Golfweek Conference Challenge at Spirit Hollow Golf Course in Burlington, Iowa, back on Sept. 17.

The top six golfers in the final ranking for both the United States and Europe will automatically be selected among the 10 players for each team competing at the 2014 Palmer Cup.

Selections by their respective committees might take into account a number of factors, including their current college season, results in amateur events since the last Palmer Cup, match play record and performance in previous international team events. One of the U.S. committee picks must be a non-Division I golfer, while the European committee may select college golfers competing in either the United States or Europe.

The next Palmer Cup Ranking for the 2014 spring season will be announced on April 2.