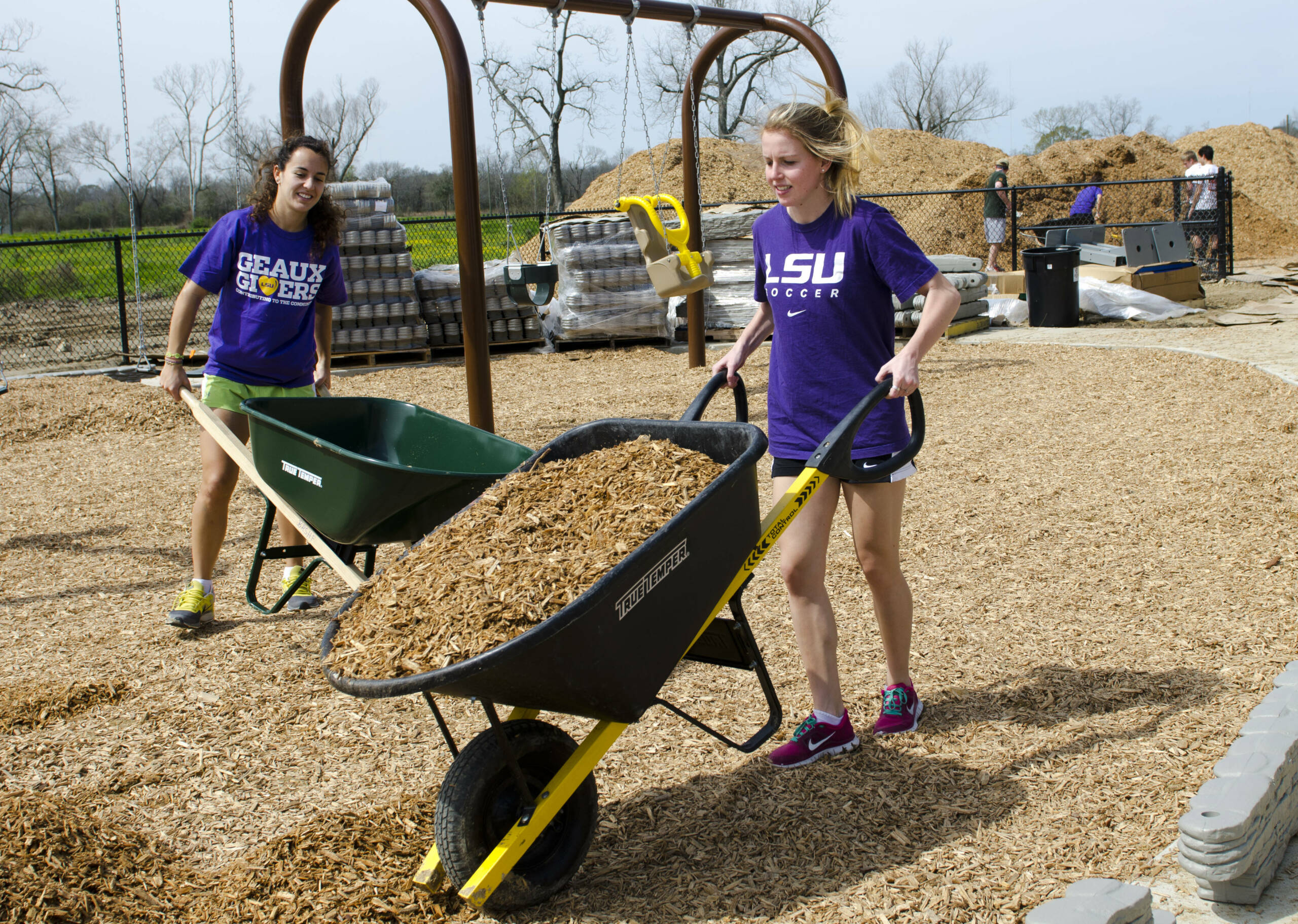 BATON ROUGE – Members of the LSU Soccer program took time out of their spring training schedules this past weekend to work with the Baton Rouge Speech & Hearing Foundation on Sunday in the building of the playground for its newly-established multi-million dollar Emerge Center that is scheduled to open to the public in in April.

“It was such a great experience to get involved and hands-on with a project that is so humbling and rewarding,” Ruhl said following the team’s participation in the playground build.

The Baton Rouge Speech & Hearing Foundation has established The Emerge Center to offer more services by tripling the square footage of its headquarters. The plan for The Emerge Center was conceived by January 2012 with construction beginning nearly one year later in December of that same year.