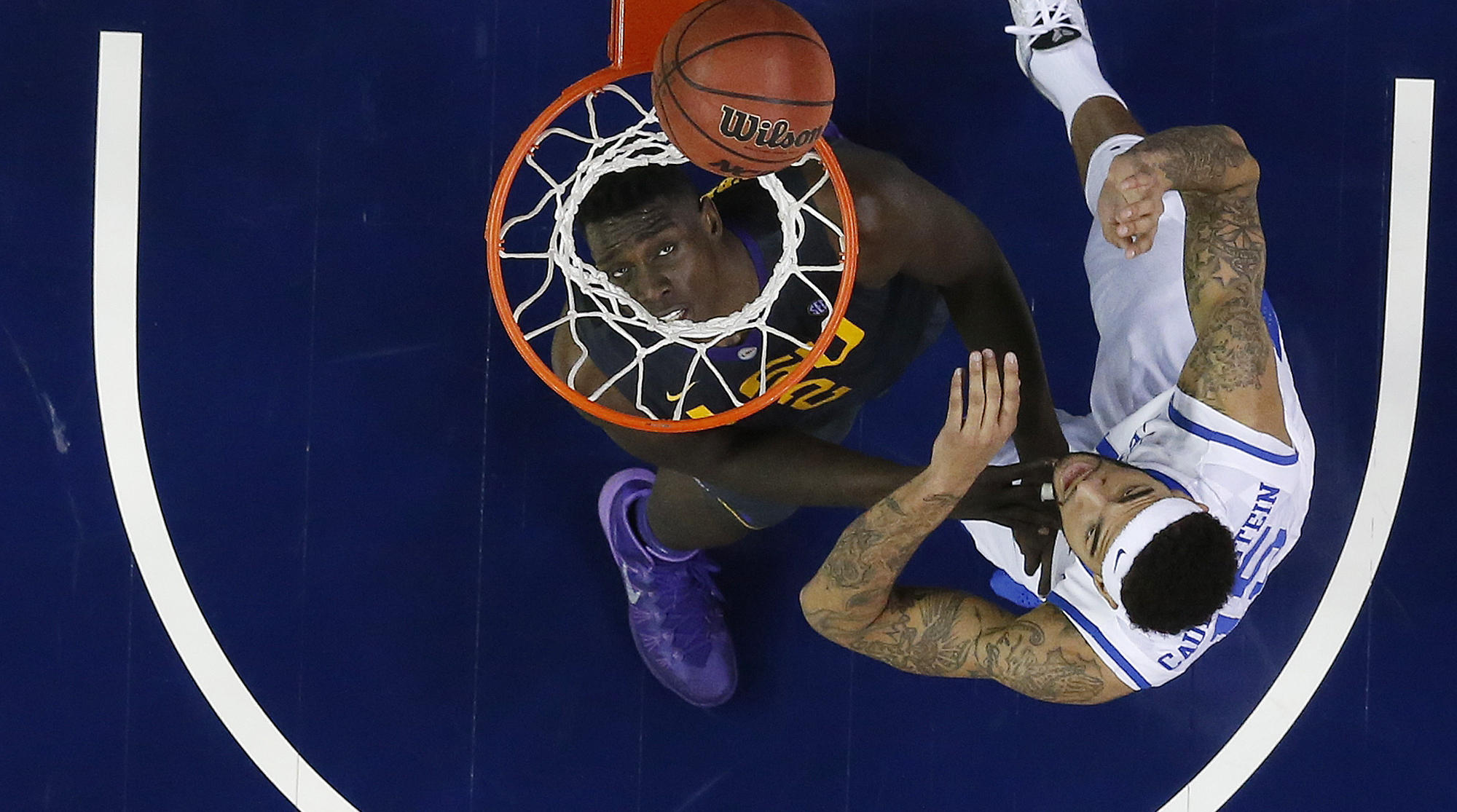 ATLANTA – Johnny O’Bryant III tallied 18 points and was one of four Tigers to post double figures, but the LSU men’s basketball team was dealt an 85-67 loss to Kentucky during Friday’s SEC Quarterfinals at the Georgia Dome.

With the loss, LSU (19-13) tallied its second 19-win season under head coach Johnny Jones in as many seasons. The Tigers will await a postseason berth as the 32-team NIT field will be announced on Sunday night. Kentucky (23-9) advances to Saturday’s semifinal round where the Wildcats will face either Georgia or Ole Miss.

For O’Bryant III, the 18 points were accompanied by seven rebounds. The junior forward went 6-of-13 from the floor and at the free throw line.

Andre Stringer added 14 points over his 23 minutes off the bench, while Jordan Mickey came away with his ninth double-double. He secured 12 points, a career-high tying 13 rebounds and two blocks which enabled him to become the second player in program history to amass over 100 rejections in a season. The only other player was former All-American Shaquille O’Neal.

Kentucky had four players of its own tuck away double figures fueled by James Young’s 21 points. Julius Randle notched 17 points and 16 rebounds. The Harrison twins, Aaron and Andrew, totaled 14 and 11 points for the Wildcats.

As a team, LSU was 24-of-59 shooting which included a 7-for-19 mark from three-point territory. The Tigers registered a 12-of-24 effort at the free throw line.

Kentucky garnered a 26-for-55 performance from the floor and was 7-of-17 in three-point attempts. The Wildcats converted on 26-of-41 at the charity stripe.

The Tigers opened the game and connected on nine of first 12 field goals aided by a quartet of treys. Coleman buried consecutive three-pointers inside the first minute to vault LSU to a 6-0 lead.

O’Bryant III sank three straight buckets during a 66-second span which enabled the Tigers to stretch their lead to 20-13 with 14:00 remaining. LSU took its largest lead at 22-14 on a Stringer layup at the 12:59 mark.

Kentucky finished off a 23-3 run and extended its lead to 37-25 after an 11-point charge that was highlighted by a Young dunk, a Harrison trey and back-to-back Dakari Johnson jumpers.

LSU mounted one final rally kickstarted by a Stringer three-pointer. The Tigers also used an O’Bryant III jumper, a Martin dunk, a Mickey jumper and another Stringer trey to make it 51-45 with 14:12 to go.

LSU would get as close as 52-49 after a Stringer layup with 11:56 sitting on the clock. On its next possession, Kentucky received a timely three-pointer courtesy of Alex Poythress. The Wildcats would go back ahead by double figures after two Randle free throws and a Randle dunk, 59-49, with 9:30 left.

Kentucky would maintain its lead on the strength of Randle’s 14 second-half points and take the rubber match of the season series with an 85-67 decision.