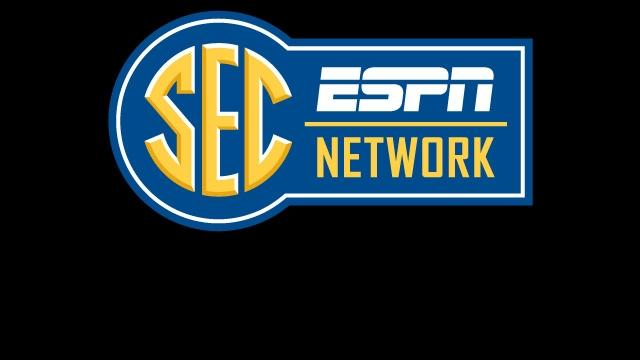 Written by the SEC Network

In 2015 and beyond, the SEC Network, ESPN’s soon-to-launch network devoted to the Southeastern Conference, will exclusively air the first three rounds of the SEC men’s basketball tournament. The expanded coverage will mark the first time the entire tournament will be nationally televised.

“This is an example of the in-depth basketball coverage the SEC Network will give fans across the country,” said SEC commissioner Mike Slive.  “From November 14 through early March, fans will be able to turn to the SEC Network to follow their favorite SEC basketball teams.”

The multiplatform network will launch August 14, 2014, and showcase more than 100 SEC men’s basketball games annually. The debut of SEC men’s college basketball games on the SEC Network has been set for Friday, Nov. 14. The 2014 men’s basketball season will tipoff with a doubleheader featuring Kentucky and current No. 1 Florida*. Opponents and game times will be announced by the schools at a later date.

In total, the SEC Network will feature at least eight exclusive appearances of each men’s basketball team in the SEC next season.

About SEC Network
The Southeastern Conference and ESPN have signed a 20-year agreement through 2034 to create and operate a multiplatform network which will launch in August 2014. The new network and its accompanying digital platform will air SEC content 24/7 including more than 1,000 events in its first year. The network will televise approximately 45 SEC football games, more than 100 men’s basketball games, 60 women’s basketball games, 75 baseball games, and events from across the SEC’s 21 sports annually. Programming will also include studio shows, original content such as SEC Storied, spring football games, signing day and pro days coverage. Hundreds of additional live events from various sports will be offered exclusively on the digital platform. AT&T U-Verse, DISH and National Rural Telecommunications cooperative (NRTC) have agreed to carry the SEC Network.