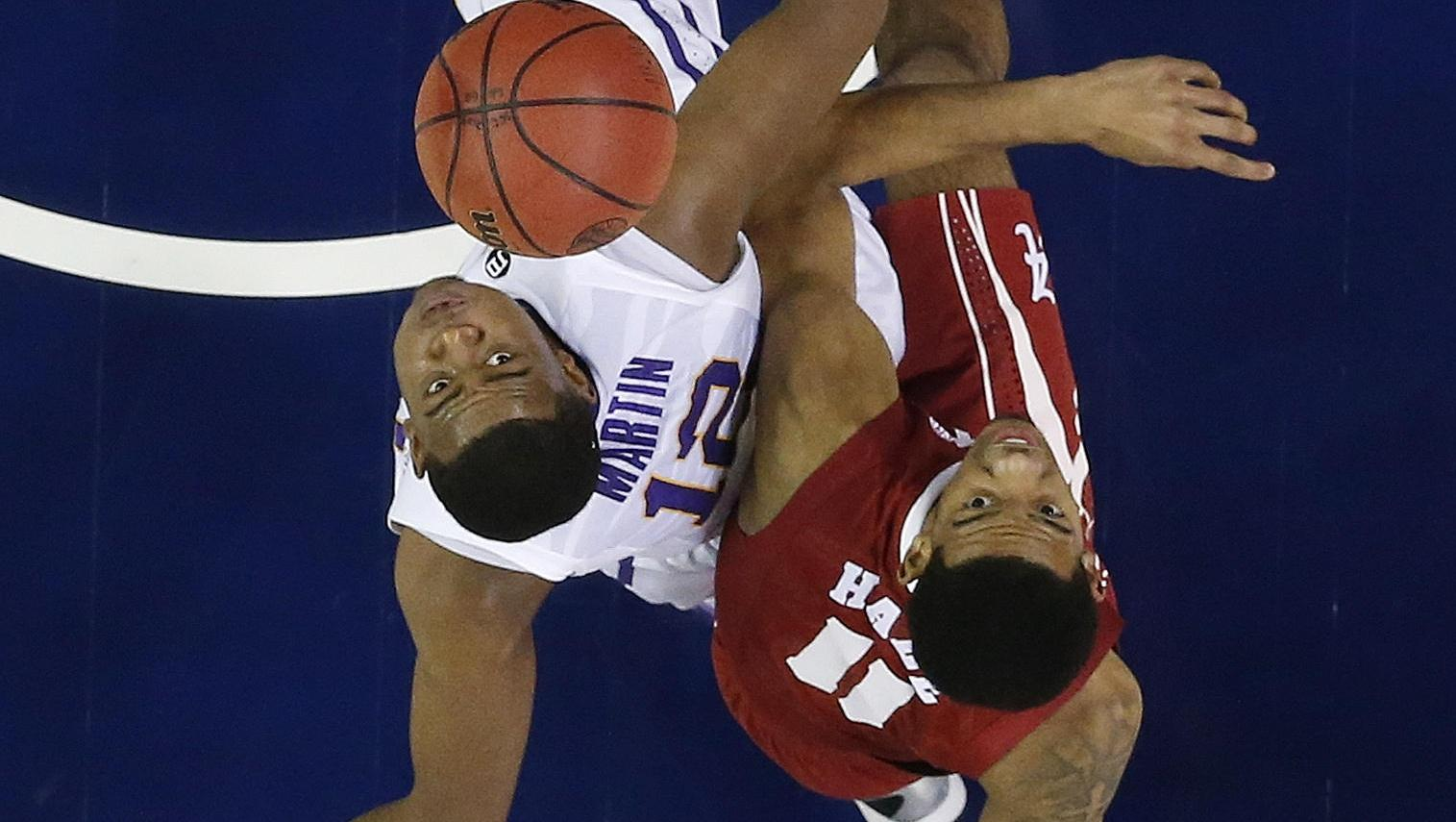 ATLANTA, Ga. – The LSU men’s basketball team buried a season’s best 11 three-pointers, and the Tigers won their third consecutive opening game at the SEC Tournament with a 68-56 victory over Alabama Thursday at the Georgia Dome.

The Tigers (19-12), the No. 7 seed, advances to face No. 2 seed Kentucky in Friday’s quarterfinal round. Tip time is slated for 6 p.m. CT, and the game will be carried by SEC-TV along with www.ESPN3.com.

As a team, LSU knocked down 27-of-54 from the floor. The 50.0 percent shooting clip was the best shooting effort for the Tigers since the Mississippi State game on Feb. 19. LSU canned 11 triples on 22 attempts, secured a 38-31 rebounding advantage and dished out 19 assists on 27 field goals.

Tim Quarterman provided a spark off the bench with a career-best 12 points on 5-of-8 shooting over his 12 minutes of action. His previous career mark was nine points versus UAB on Dec. 21.

Jordan Mickey registered nine points, 11 rebounds and three blocks. The three stuffs brought his season total to 99 which are tied for fourth place on LSU’s all-time list for a single season.

Anthony Hickey handed out a career-high tying eight assist to go along with five points whereas Andre Stringer added six points off the bench.

Alabama (13-19) was paced by Shannon Hale’s and Trevor Releford’s 11 points apiece. The Tigers bottled up Releford and forced him to misfire on nine of his 11 shot attempts. Levi Randolph contributed 10 points and six rebounds for the Tide.

LSU erased an early five-point deficit on the strength of a 10-0 run to grab a 15-9 edge at the 12:27 mark. Coleman canned a trio of triples to ignite the spurt.

Alabama responded with 12 of the next 15 points to grab a 21-18 lead with 8:42 remaining. Randolph led the charge with eight points.

The Tigers finished the half with a 17-3 flurry, and LSU’s defense forced Alabama to a 1-for-9 shooting effort coupled with four turnovers down the stretch over the final eight minutes of the stanza. Quarterman hit a pair of layups, added a thunderous dunk and drilled a three-ball which vaulted LSU to a 35-24 lead going into the locker room.

Alabama would get as close as seven points on two occasions, the latest 39-32, during the opening moments of the second half. The Tigers would go back up by double figures after back-to-back layups from Martin and O’Bryant III to make it 43-33 at the 15:57 mark.

With LSU ahead 59-50 with 5:46 left, the Tigers reeled off nine consecutive points to close out the victory. Coleman and Stringer nailed treys followed by a Hickey deep two-points and a Mickey free throw to push the Tigers advantage to 68-50.

LSU and Kentucky split its meetings during the regular season with each team winning on its home floor. The Tigers claimed an 87-82 victory in Baton Rouge whereas Kentucky tallied a 77-76 overtime decision in Lexington. Tip time is on-tap for 6 p.m. CT, and the game will be televised by SEC-TV along with http://www.espn3.com/.

The LSU Sports Radio Network will broadcast the game on Eagle 98.1 FM in the Baton Rouge and inside the Geaux Zone at www.LSUsports.net/live. Jim Hawthorne, Ricky Blanton and Kevin Ford will call the action.

For all of the latest news and information on Tiger basketball, visit http://www.lsusports.net/mensbasketball. Fans can also follow the program on its social media outlets at www.Facebook.com/lsubasketball along with @lsubasketball and @lsucoachjones on Twitter.